In 1910 it was the tallest commercial building in the British Empire as well as Vancouver’s first skyscraper. The distinct Dominion Building still commands attention today, standing above Victory Square at Hastings and Cambie. 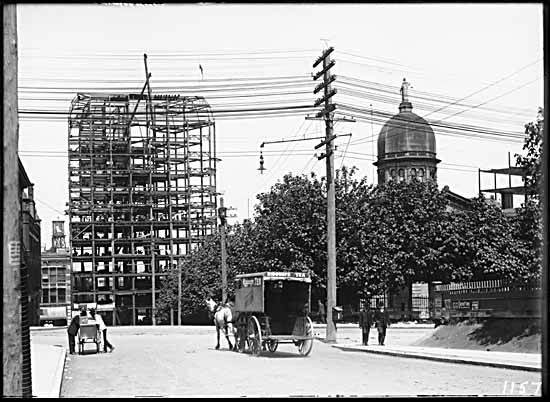 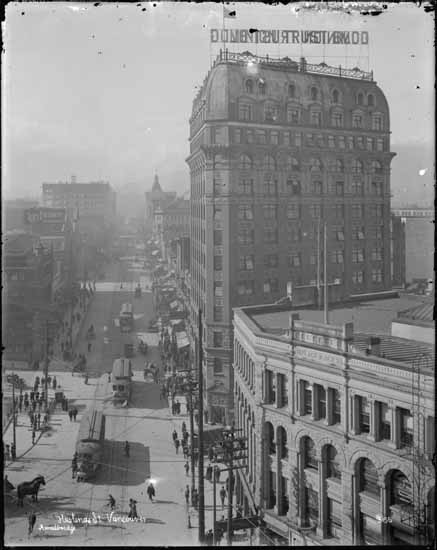 The nearby Sun Tower claimed the title of tallest in the empire just a few years later but the style and architecture of the Dominion Building is admired to this day.

From about 1905 on, Vancouver was in the midst of an unprecedented economic boom. Structures built during the boom period, including the Dominion Building, were of a new scale and design. Despite outward appearances of earlier design, they were among the most advanced buildings of their time. They used steel girders and concrete as basic structural elements and remained, well into the 1940s, the ‘modern’ buildings of downtown Vancouver. The centre of this commercial district was Courthouse Square, now Victory Square. [Source: Historic Places] 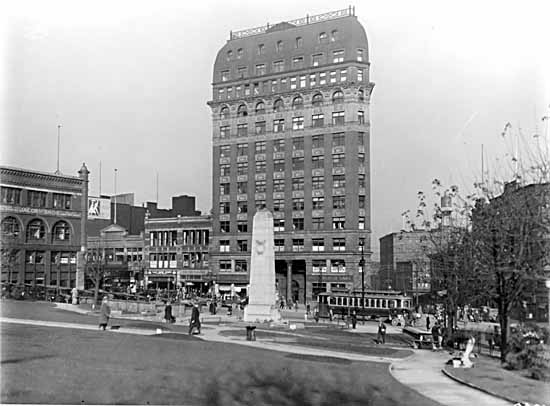 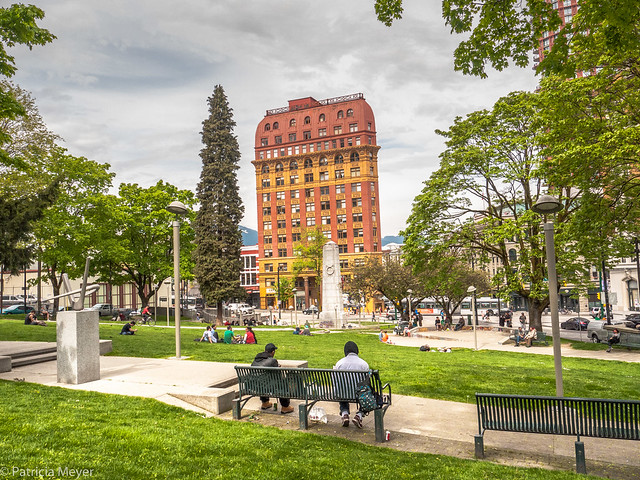 An urban legend tells the tale of Helyer’s demise within the skyscraper that he designed. Some say he died by his own hand in his office and others say he tripped and fell down the interior staircase — where his ghost is reported to have been see on the seventh and eighth floors.

The building is no stranger to fiction as it has been featured in several big and small screen productions over the years. From local music videos to Battlestar Gallactica, Blade: Trinity, Alcatraz, and The Neverending Story. 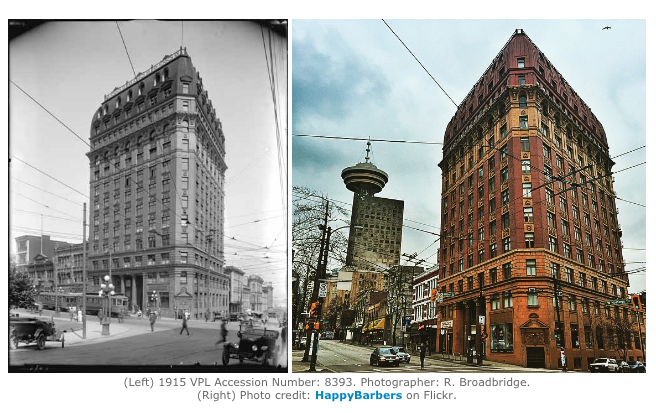 The Dominion Bank sold the building in 1943 to S. J. Cohen, president of the Army and Navy Department Stores, who intended to convert it into a multi-storey department store at the end of the war. These plans were never carried out. When the Dominion Bank merged with the Bank of Toronto, a branch of the new Toronto-Dominion Bank was housed in this building. [Source: Historic Places]

The Dominion Building today is home to a variety of tenants in offices, workspaces, and showrooms along with Opus art supplies and a restaurant, Nuba, on the corner. 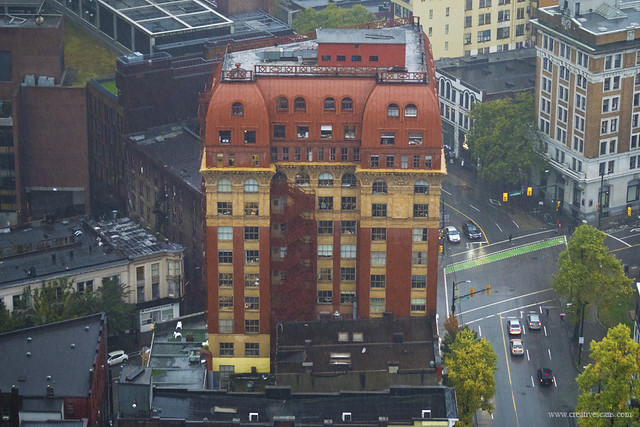 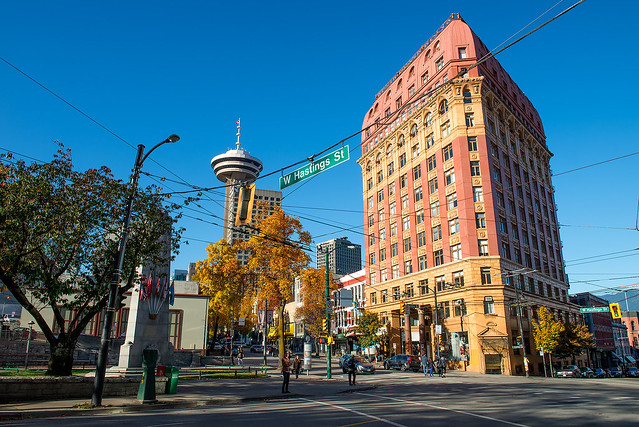 Other Vancouver Icons posts include: Science World, Gastown Steam Clock, SFU Burnaby, Commodore Lanes, Siwash Rock, Kitsilano Pool, White Rock Pier, Main Post Office, Planetarium Building, Lord Stanley Statue, Vancouver Library Central Branch, Victory Square, Digital Orca, The Crab Sculpture, Girl in Wetsuit, The Sun Tower, The Hotel Vancouver, The Gassy Jack Statue, The Marine Building, and The Angel of Victory. Should you have a suggestion for the Vancouver Icons series please feel free to leave a note in the comments. It should be a thing, statue, or place that is very visible and recognizable to the public.

Share38
Tweet16
Share
Pin
Email
Reddit
WhatsApp
54 Shares
Current Contests on Miss604
*All contests are open to residents of Canada only, unless otherwise stated. Contest timelines are published on each individual post along with entry methods. Some contests may only be open to those 19 years of age and older. Winners are announced on the contest blog posts. Contest policy »