Simon Fraser University opened its doors to students for the very first time 47 years ago this week, on September 9th, 1965.

The official opening was presided over by Lord Lovat, whose name was Simon Fraser, and who was the 24th head of the Fraser clan. He told an audience of 5,000 about the Fraser family crest, which had been adapted and adopted by the university. “There are strawberries all over our crest because the name Fraser came originally from ‘la fraise,’ French for strawberry. Our ancestors came to Scotland by way of Normandy and England.” Simon’s second great-grandson, Donald Fraser of Fargo, North Dakota, beamed proudly from the audience. [Source: VancouverHistory]

The campus atop Burnaby Mountain was designed by Arthur Erickson and Geoffrey Massey, and from Terry Fox Field ato Convocation Mall and the Academic Quadrangle, it’s one of the region’s most-photographed learning centres making it this week’s Vancouver Icon feature. 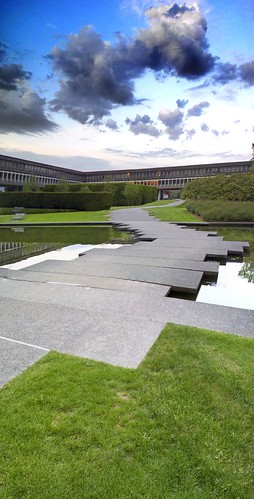 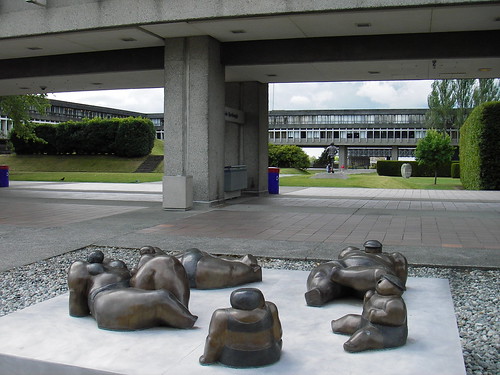 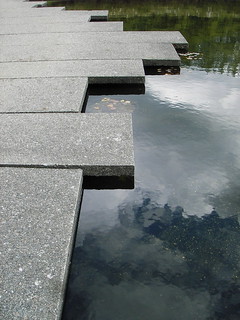 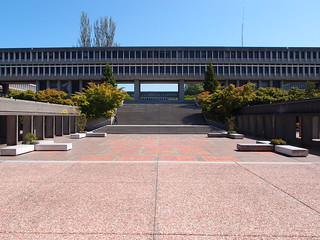 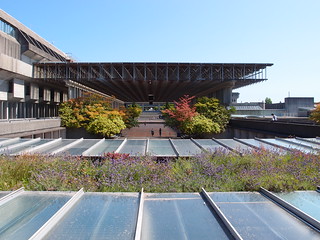 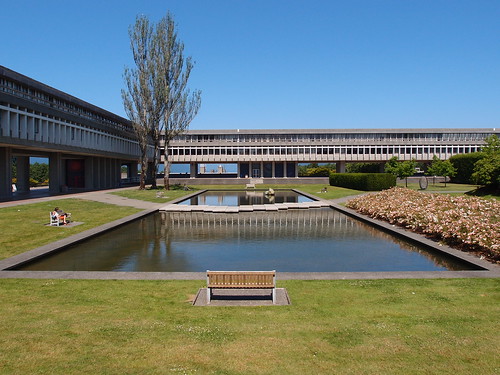 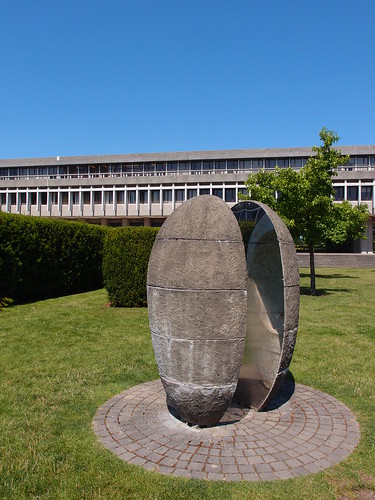 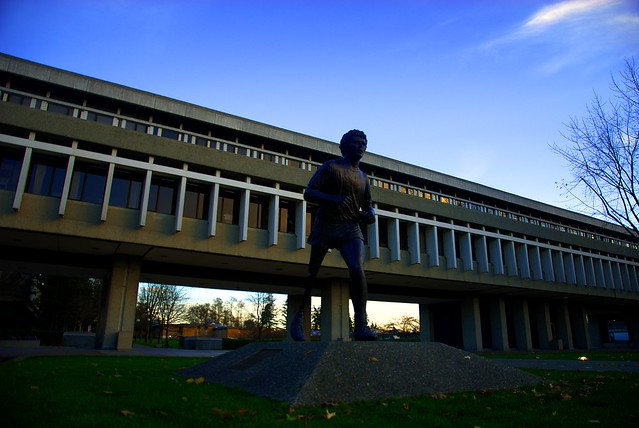 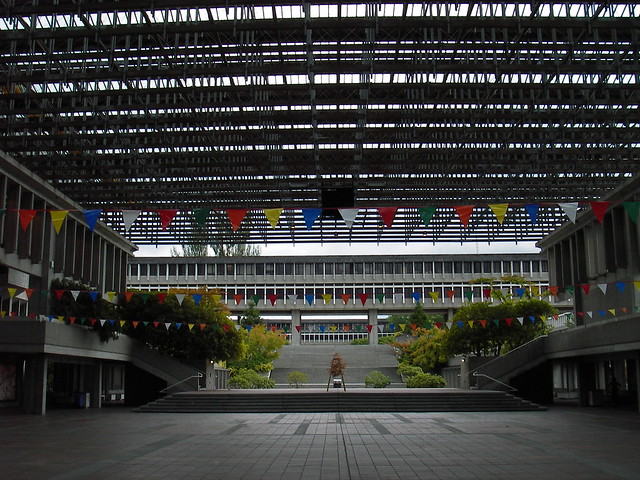 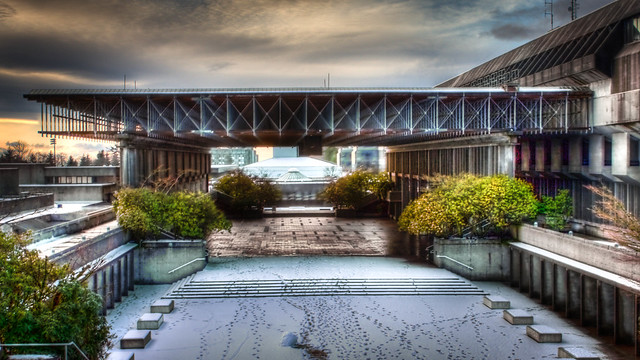 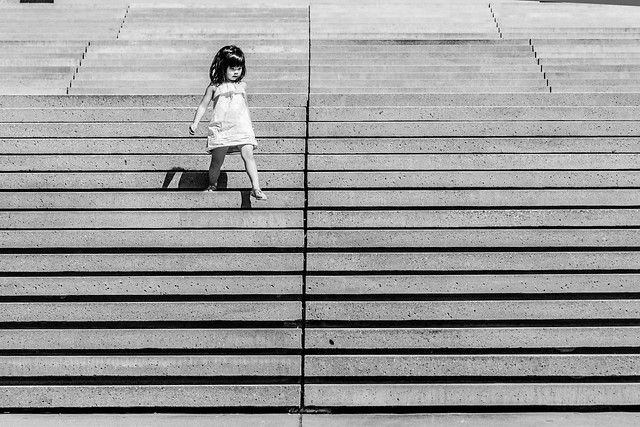 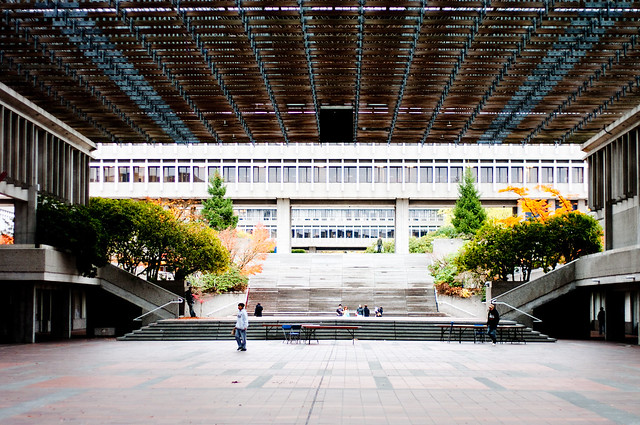 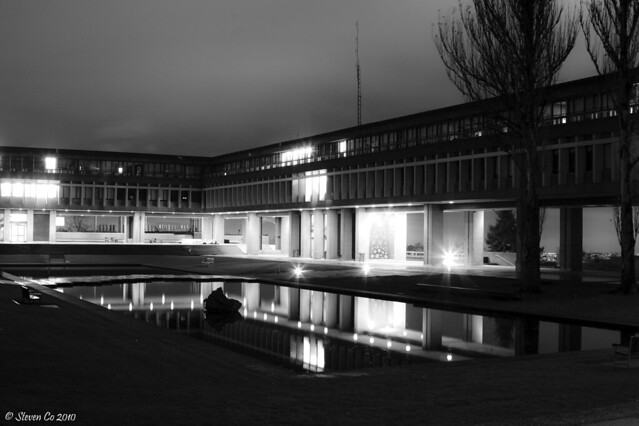 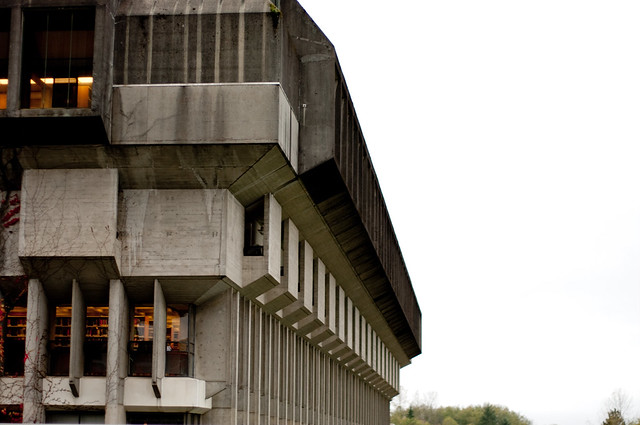 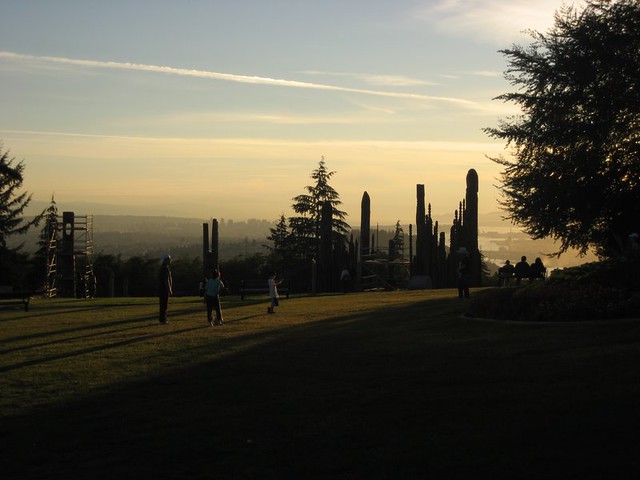 Other Vancouver Icons posts include: Commodore Lanes, Siwash Rock, Kitsilano Pool, White Rock Pier, Main Post Office, Planetarium Building, Lord Stanley Statue, Vancouver Library Central Branch, Victory Square, Digital Orca, The Crab Sculpture, Girl in Wetsuit, The Sun Tower, The Hotel Vancouver, The Gassy Jack Statue, The Marine Building, and The Angel of Victory. Should you have a suggestion for the Vancouver Icons series please feel free to leave a note in the comments. It should be a thing, statue, or place that is very visible and recognizable to the public.