My Vancouver Icons series focuses on places and landmarks around Vancouver that we see every day, perhaps even take for granted, without always knowing the deeper history that is involved. In some cases, there is not much greater history (sometimes a steamclock is just a steamclock from the 1970’s) but for others, they are a glimpse into Vancouver’s past or a way that it began to grow its future. 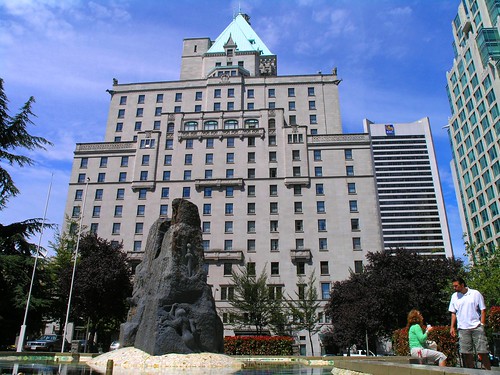 The Hotel Vancouver located on West Georgia street between Burrard and Hornby is almost identical to other Canadian Pacific Railway hotels that were constructed across the country. The urban hotels, such as Toronto’s Royal York, Calgary’s Palliser and the Hotel Vancouver, with nearby train stations or ports served businesspeople and elite rail travelers. Rural hotels, like the Banff Springs, served as exclusive and scenic getaway destinations. The Chateau Frontenac and Empress in Victoria are two of the oldest in the collection, which was purchased by Fairmont Hotels – along with a handful of similar hotels from Canadian National – in 2001. 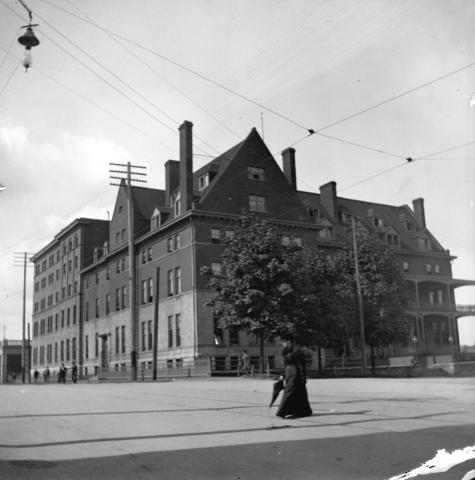 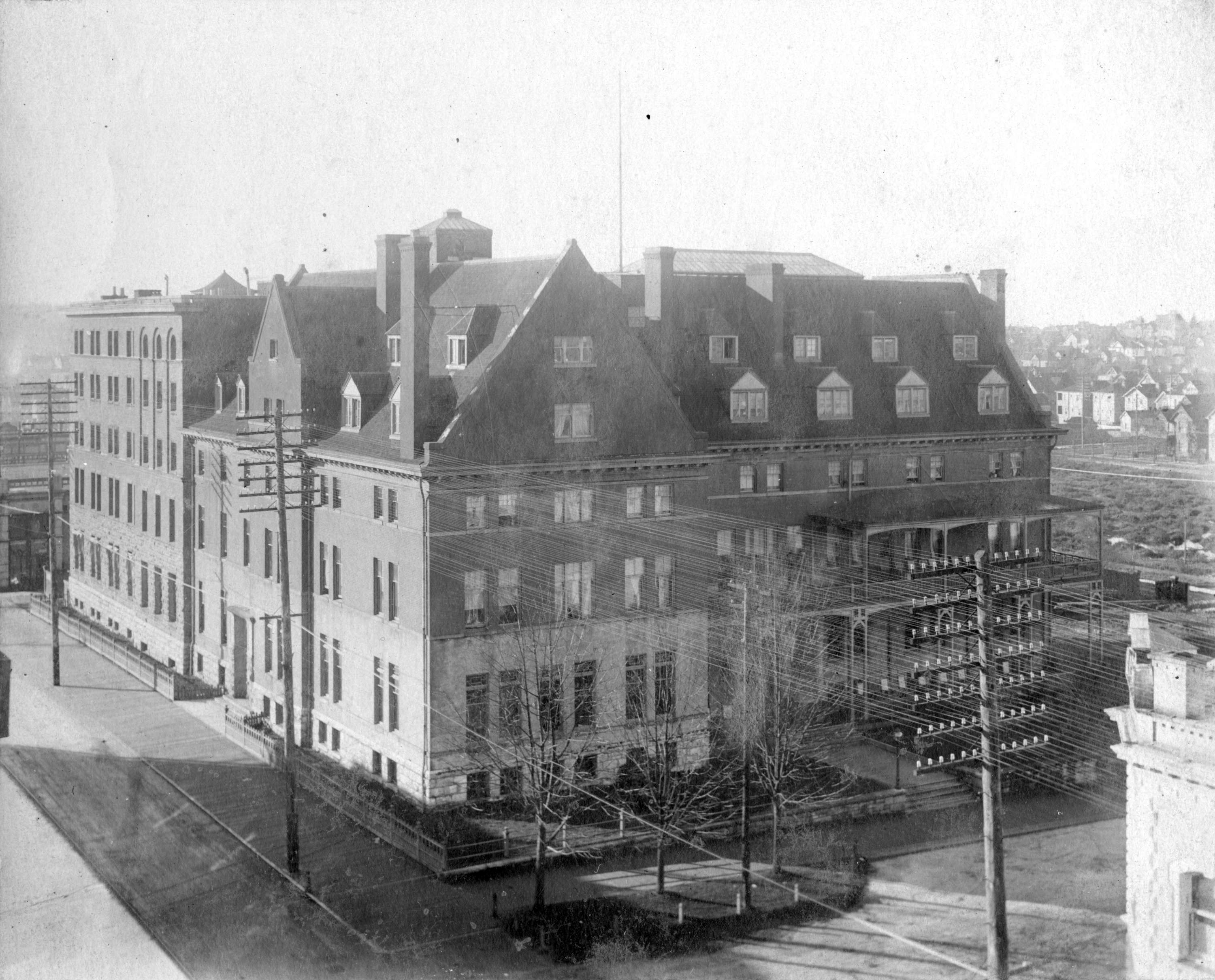 The building we know today is the third Hotel Vancouver. The first was located at Georgia and Granville and opened in May of 1888, according to Chuck Davis of The History of Metropolitan Vancouver. Construction began on a replacement, the second Hotel Vancouver, in early 1913 and it would open in 1916. 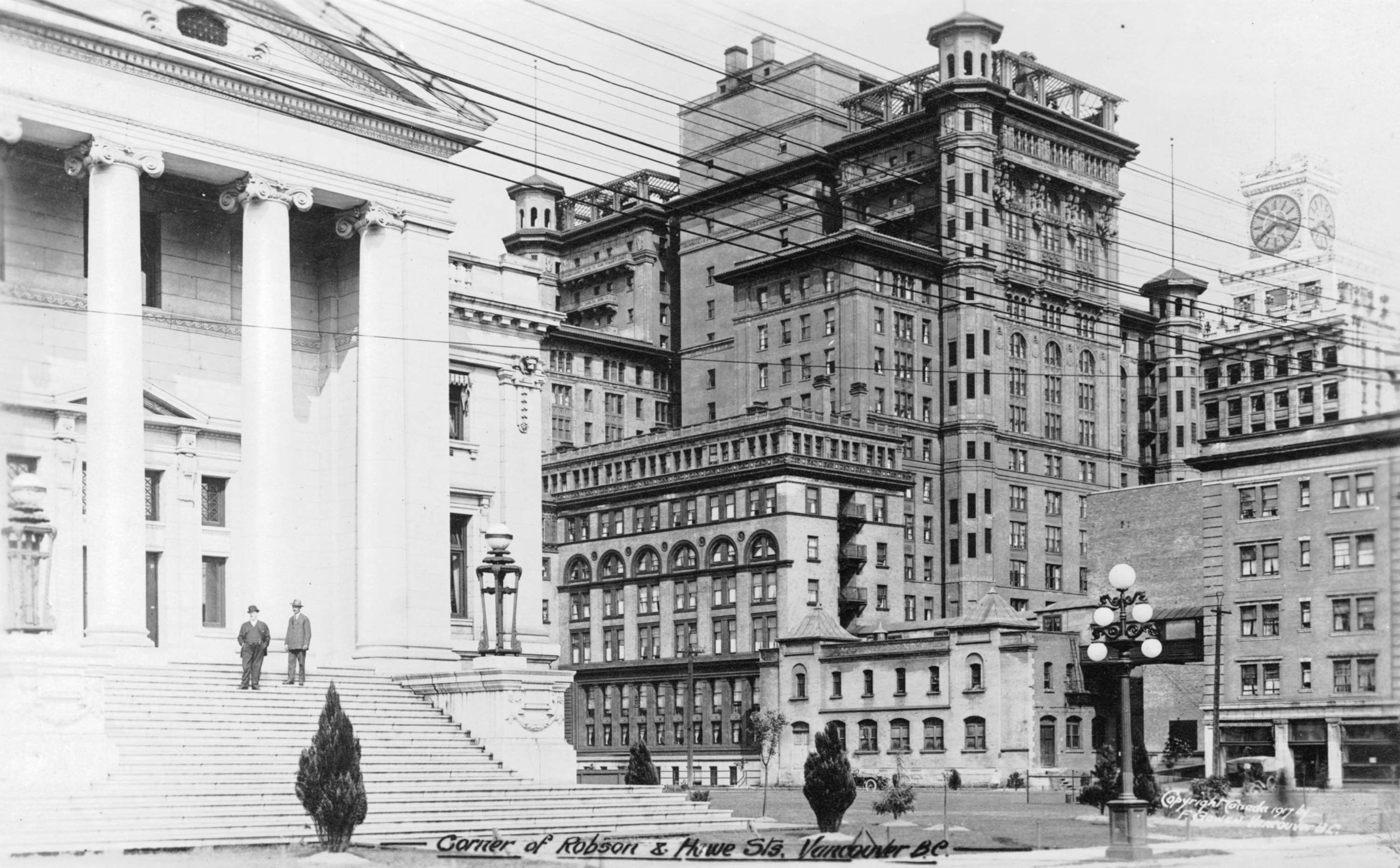 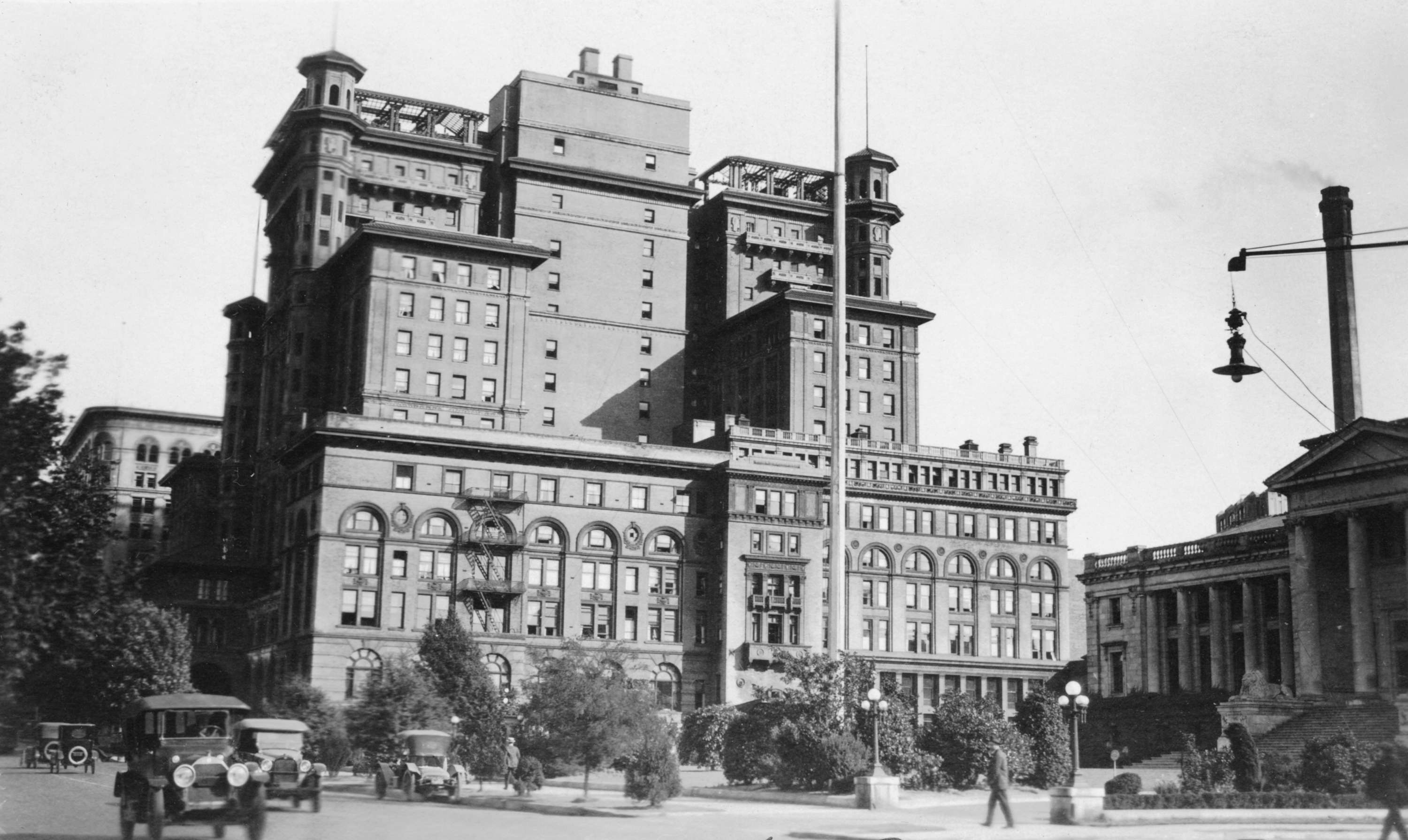 The second Hotel Vancouver would serve Vancouver, on Georgia and Howe (where the TD Tower is today), until 1939 when its predecessor was opened. On May 24th, 1939 the second Hotel Vancouver closed while the third was opened. A quote from architectural historian Harold Kalman on The History of Metropolitan Vancouver: â€œDelayed by the Depression, it was rushed to completion in 1939 for the Royal Visit of King George VI and Queen Elizabeth. The rival CPR co-operatively closed its own, earlier, Hotel Vancouver (two blocks east), lent the name, and entered into a joint management contract. 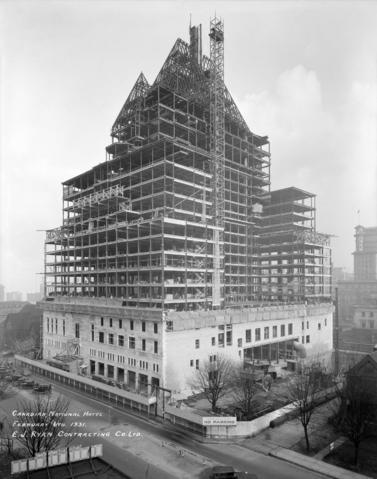 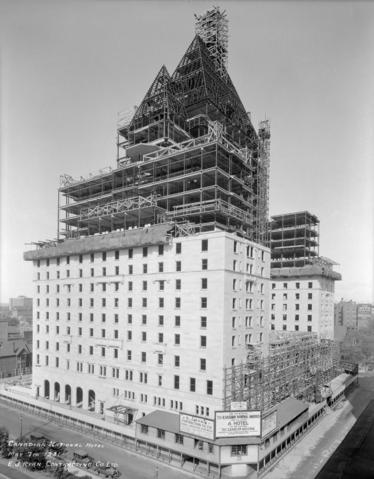 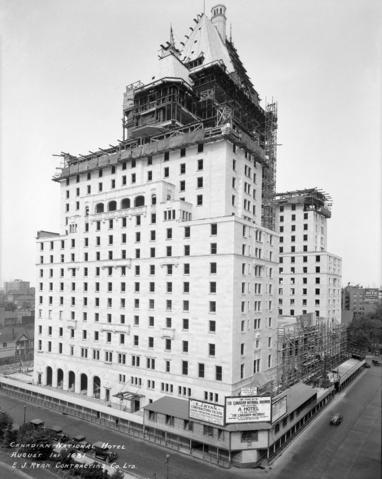 Aside from hosting royalty and dignitaries from around the globe, the Hotel Vancouver (as we know it today) was also the home of CBC Vancouver until the 1970’s, and the place where Dal Richards, the King of Swing, got his start in the Panorama Roof Ballroom. 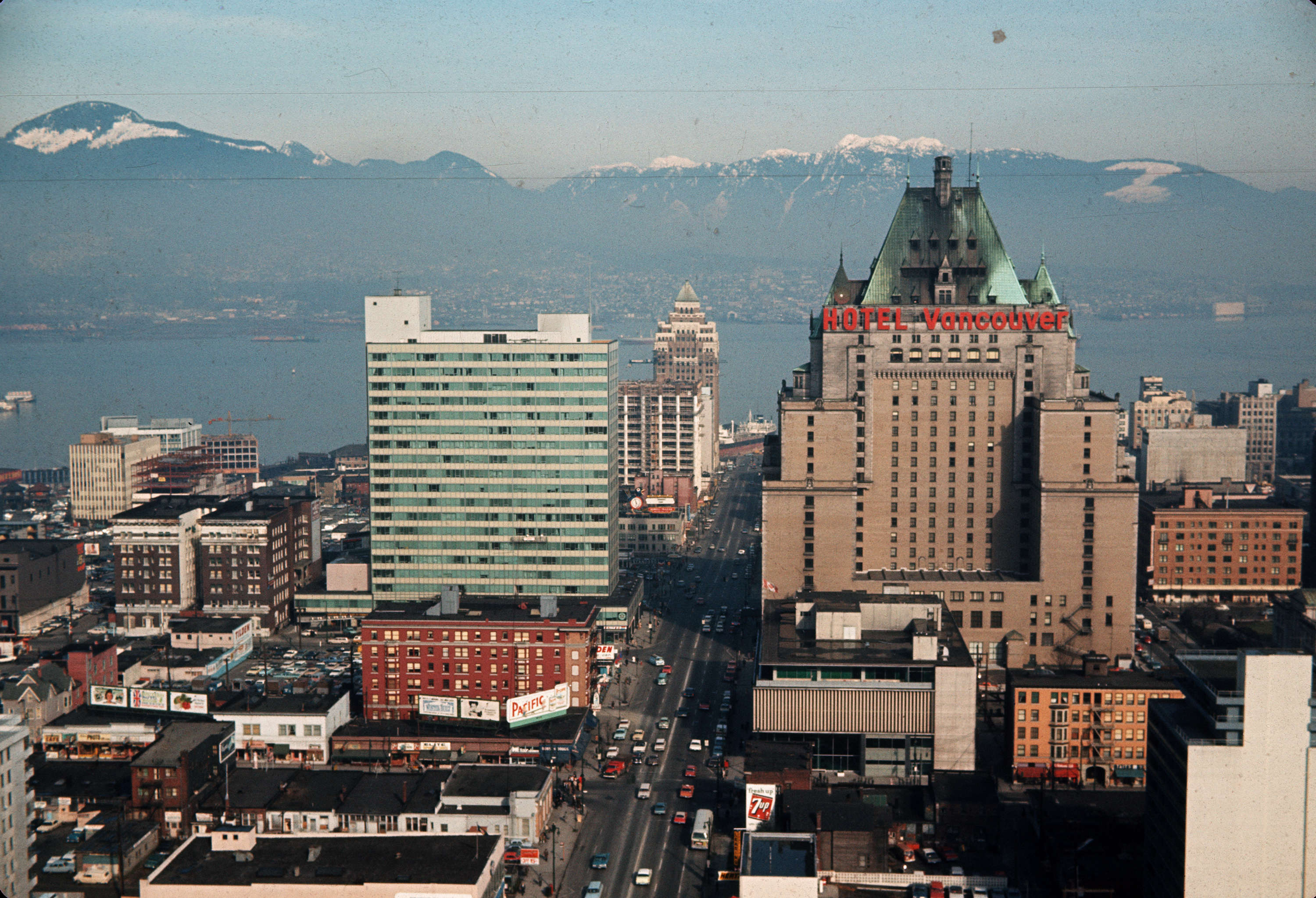 While the Fairmont Hotel Vancouver isn’t the tallest or oldest building in the city, it’s still the grand centrepiece of the Vancouver skyline. 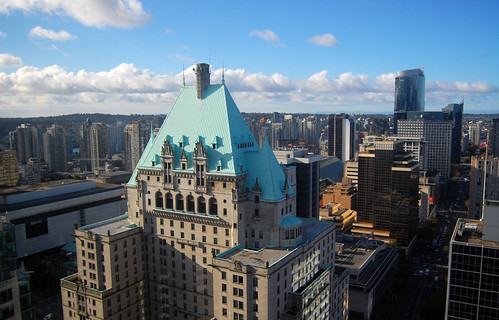 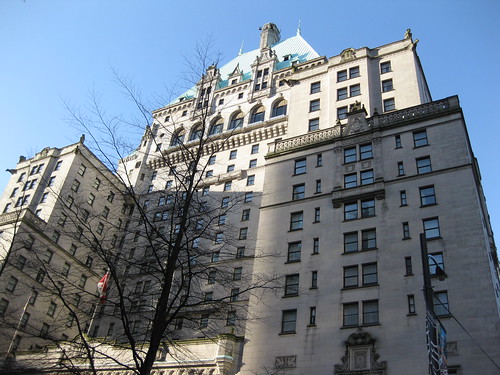 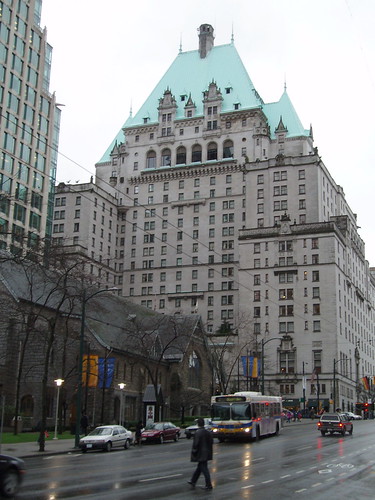 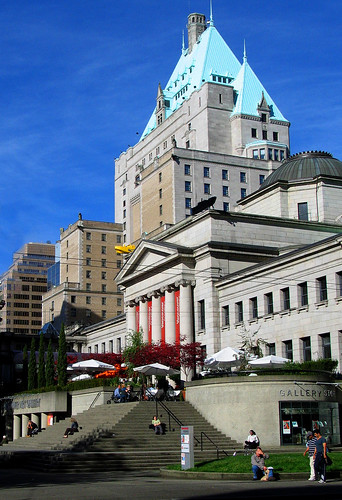 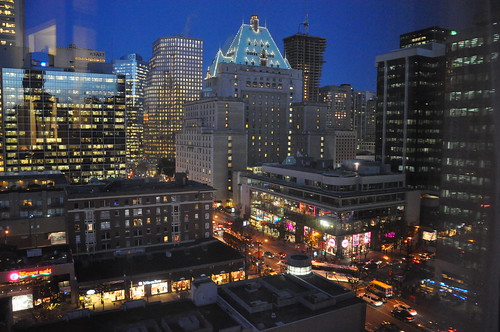 Share5
Tweet
Share2
Pin
Email
Reddit
WhatsApp
7 Shares
Current Contests on Miss604
*All contests are open to residents of Canada only, unless otherwise stated. Contest timelines are published on each individual post along with entry methods. Some contests may only be open to those 19 years of age and older. Winners are announced on the contest blog posts. Contest policy »