In the first post of the Day Tripping series I talked about the town of Hope being the gateway to holidayland, however it could also be looked at as the gateway to hell.

Although heading north on Highway 1 is actually a quite lovely experience the fiery inferno of Hades is simply a reference to the tumultuous rapids that squeeze through a 110 meter-wide passage between vast vertical chasms in the Fraser Canyon.

Simon Fraser himself (after which the river was named) dubbed the passage as such in 1808 writing in his journal, “surely this is the gate of hell.” 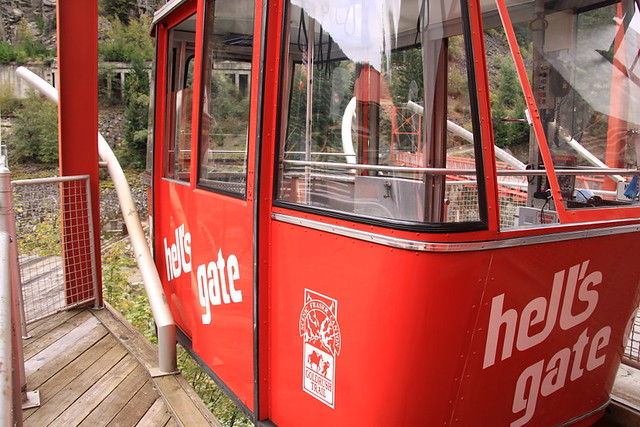 Located just south of Boston Bar, Hell’s Gate itself is a bit of a tourist trap as they have installed an airtram that takes you over the restless river below and to the other side of the canyon. Once across, you can buy maple syrup, stuffed beavers in Mountie outfits, and get your picture taken with large chainsaw-carved animals. 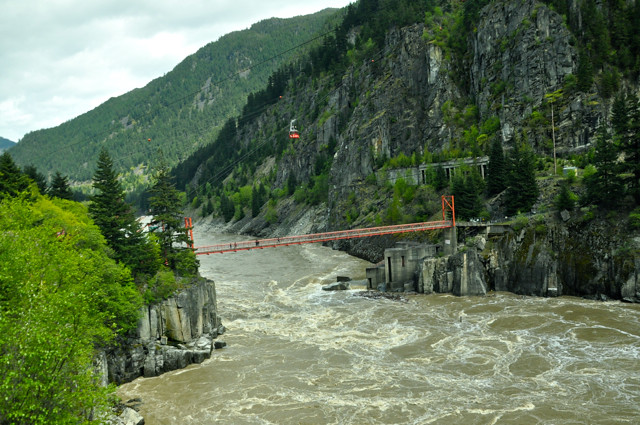 There is a suspension bridge you can cross instead if you’re not afraid of heights, however part of the journey heading up to Hell’s Gate is some of the other attractions along the way.

Driving from Vancouver to Canyon should take about two hours, then it’s probably another 30-40 mins until you reach the Airtram at Hell’s Gate. If you do head up, check out the fish elevators (when you look down because I know you will) those are also pretty cool.