One walk around Yaletown’s Roundhouse Community Centre and you can see traces of its past. An engine, tracks that lead nowhere, and the giant turntable in the plaza. Once the terminus of the CPR’s transcontinental line, the Roundhouse is almost as old as Yaletown itself. 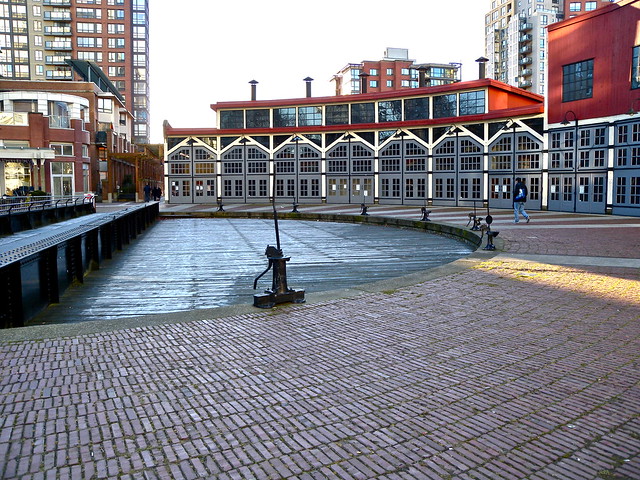 Yaletown is named after Yale, BC in the Fraser Canyon since the railway industry, workers and settlers, headed to the new “end of the line” in Vancouver around 1887 (Port Moody previously being the last stop on the Western leg of the route).

The CPR began to clear out land in Vancouver but one of their controlled fires in 1886 got a little out of control. New spots were selected for the rail yards and the Roundhouse was built in 18871. CPR’s Engine #374 pulled the first transcontinental passenger train into the city on May 23, 18872.

The Roundhouse was expanded in 1911, 1940, and 1950. The industry began to change (from steam engines to diesel) and it became obsolete in later decades. By 1986 the Roundhouse was restored and turned into a pavilion for Expo86, which largely took place along False Creek. After the fair, its future was once again uncertain, just like the rest of the surrounding land. 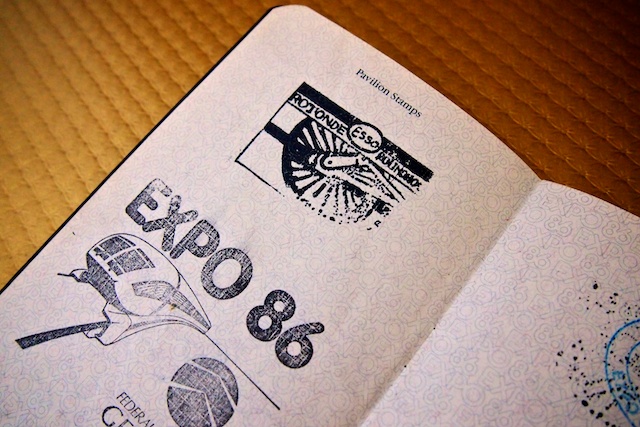 The Roudhouse stamp in my Expo96 passport.

In 1993, it was finally zoned as a public facility and its journey to becoming a community centre began. Concord Pacific turned it over to the Vancouver Board of Parks and Recreation in 1997.

The Park Board then took a major leap and agreed that the Roundhouse would be unlike any other community centre in Canada – a unique facility dedicated to community development through arts and culture – an arts oriented community centre that would serve not only the residents of the area but all citizens of Vancouver.4 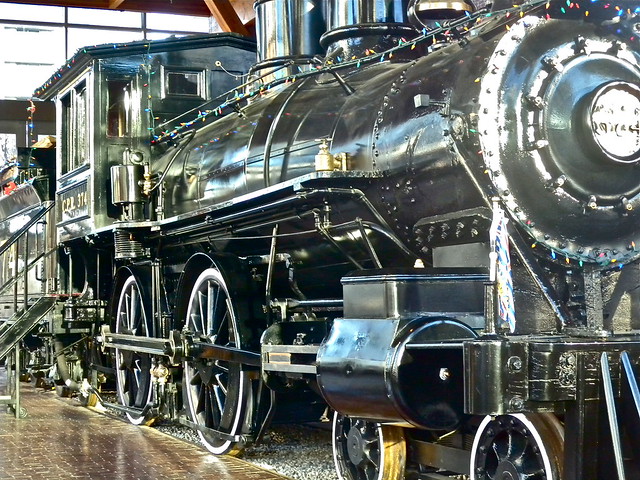 Today, it’s home to Engine 374 (housed on the corner of Davie and Pacific), festivals, community groups, a gymnasium, pottery and woodworking studios, and much more (including an annual gathering of dancing zombies). Check out what’s coming up next at the Roundhouse by visiting their online calendar.

Share2
Tweet
Share3
Pin
Email
Reddit
WhatsApp
5 Shares
Current Contests on Miss604
*All contests are open to residents of Canada only, unless otherwise stated. Contest timelines are published on each individual post along with entry methods. Some contests may only be open to those 19 years of age and older. Winners are announced on the contest blog posts. Contest policy »