Mix buds, blossoms, buzzy bees and fresh air with a helping of arts and culture and you’ve got a splendid roster of gardens in this city. Rain or shine, here are a handful of gardens to visit in Vancouver this summer:

6 Gardens to Visit in Vancouver This Summer

See what’s blooming in August and take a stroll along the Greenheart TreeWalk canopy walkway, an aerial trail system that allows people to journey through the upper parts of the forest. Its structure enables visitors to explore the flora and fauna that thrives in this lofty environment.

Nitobe Memorial Garden
Where: at UBC Botanical Garden (6804 SW Marine Drive)
When: Wednesdays to Sundays 10:00am to 3:00pm
Admission: Book your time online in advance here
About: At UBC you’ll also find Nitobe Memorial Garden, which is considered one of the most authentic Japanese gardens outside of Japan. It celebrates the memory of Dr. Inazō Nitobe (1862-1933), a remarkable Japanese figure whose goal was “to become a bridge across the Pacific.” Throughout his life, Dr. Nitobe strove to promote a better understanding of Japanese culture in the West at a time when Japan was inconceivably foreign in the minds of most Westerners. 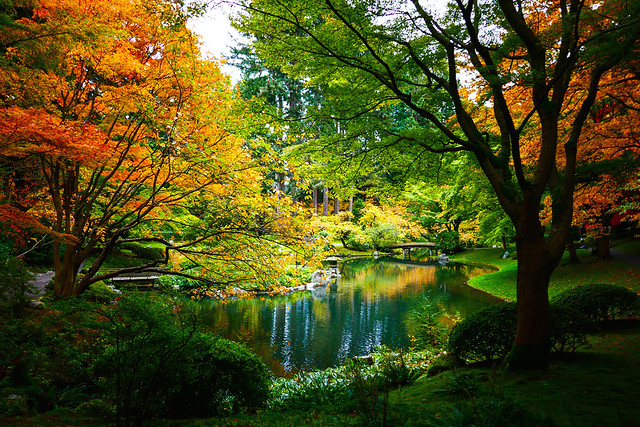 The garden is beautiful in all weather and highlights the passing of the seasons: cherry blossoms shower the garden in spring, irises bloom in summer, maple leaves glow red and yellow in fall. Trees—both native and Japanese—are pruned in the Japanese tradition to frame the garden in winter. 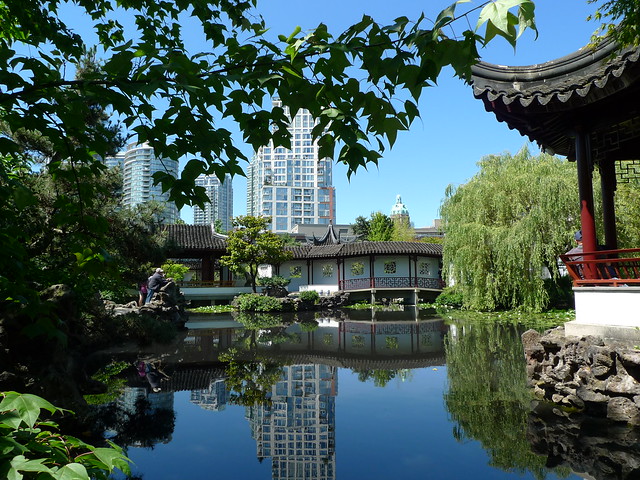 Next door you’ll find the free/no admission Dr. Sun Yat-Sen Park managed by the City of Vancouver Park Board. Though the park is separate from the Garden, it serves as both extension and complement to the Garden’s design and atmosphere.

Queen Elizabeth Park
Where: 4600 Cambie St, Vancouver
When: Dawn to dusk
Admission: No admission/free
About: Queen Elizabeth Park, Vancouver’s horticultural jewel, is a major draw for floral display enthusiasts and view-seekers, and as a popular backdrop for wedding photos.

At 125m above sea level, it’s the highest point in Vancouver and makes for spectacular views of the park, city, and mountains on the North Shore. Stroll the main quarry garden, rose garden and the arboretum with over 1500 trees from across Canada. And to imagine, all this used to be a basalt quarry!

Stanley Park Rose Garden & Shakespeare Garden
Where: Pipeline Road, Stanley Park, Vancouver
When: Dawn to dusk
Admission: No admission/free
About: Stanley Park has half a dozen gardens, including Vancouver’s first public garden, but these two pair up nicely as they are right next door to each other off Pipeline Road. Nestled between the Rose Garden and the forest in Stanley Park, the Shakespeare Garden pays homage to The Bard. The garden is a diverse arboretum that includes trees mentioned in his plays and poems. The Stanley Park Rose Garden is more than just a pretty place; it’s one of the most environmentally progressive rose gardens in Canada.

There’s also the Ted and Mary Greig Rhododendron Garden, on the west side of Lost Lagoon near the pitch & putt.

VanDusen Botanical Garden
Where: 5251 Oak St, Vancouver
When: Daily 10:00am (9:00am on weekends) to 6:00pm
Admission: Book entry online in advance here
About: The biggest of them all! VanDusen Botanical Garden is a 55-acre oasis in the heart of Vancouver with over 7,500 plant species and varieties from around the world. Spot and photograph local wildlife, find your way through an Elizabethan hedge maze, unwind in a serene setting or have a picnic on the terrace. 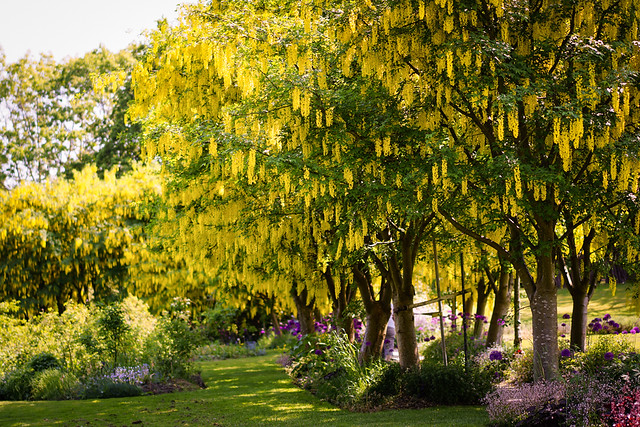 Related: Help Keep Metro Vancouver Parks Open, 5 BC Parks to Explore in the Lower Mainland, Free Day Passes Required for Some BC Parks

Also on Miss604.com
« Visit Joey the Rescued Sea Otter Pup at the Vancouver Aquarium
Wild Salmon Celebration in BC »