The first public garden in Vancouver was once buried and forgotten, until the storm that decimated the park in 2006 unearthed its history. It’s the Stanley Park Rock Garden was laid out in 1911, the same year that the quarry that would become Queen Elizabeth Park was closed.

The First Public Garden in Vancouver 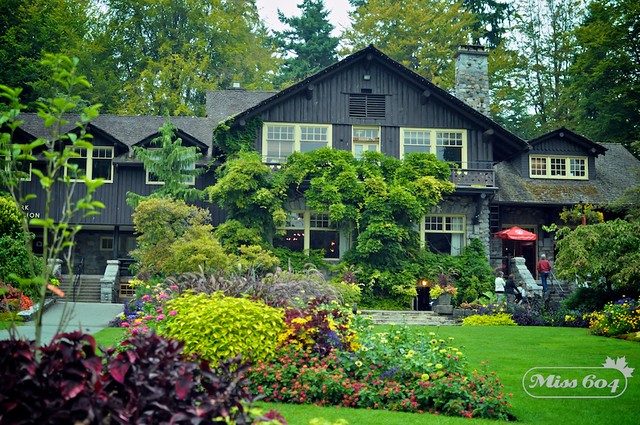 In 1911, three years after arriving in Vancouver, Scottish born John Montgomery began laying out the Stanley Park rock garden using boulders and rocks left over from the construction of the Stanley Park pavilion. Mr. Montgomery worked continuously on his creation until his death in 1920.

The rock garden would eventually span almost a mile in length as it wound its way from the Park’s entrance up to and beyond the Pavilion. With its rustic arbors, benches, rock lined pathways featuring “almost every kind of rock plant, flower, water lily and various flowering shrubs” the garden was one of the prime attractions in the park. Tourist publications heralded the garden for its beauty and it was a popular postcard subject. 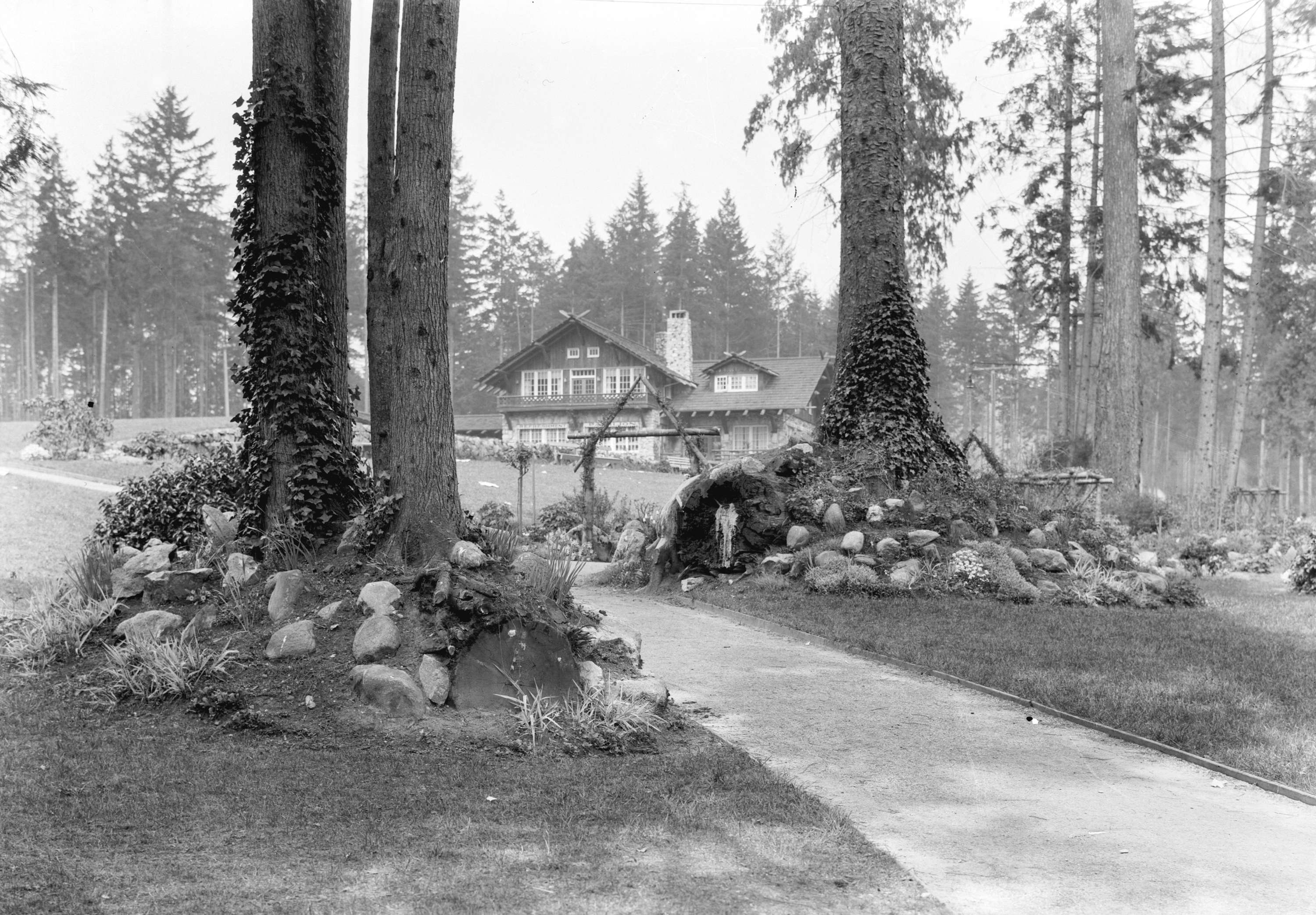 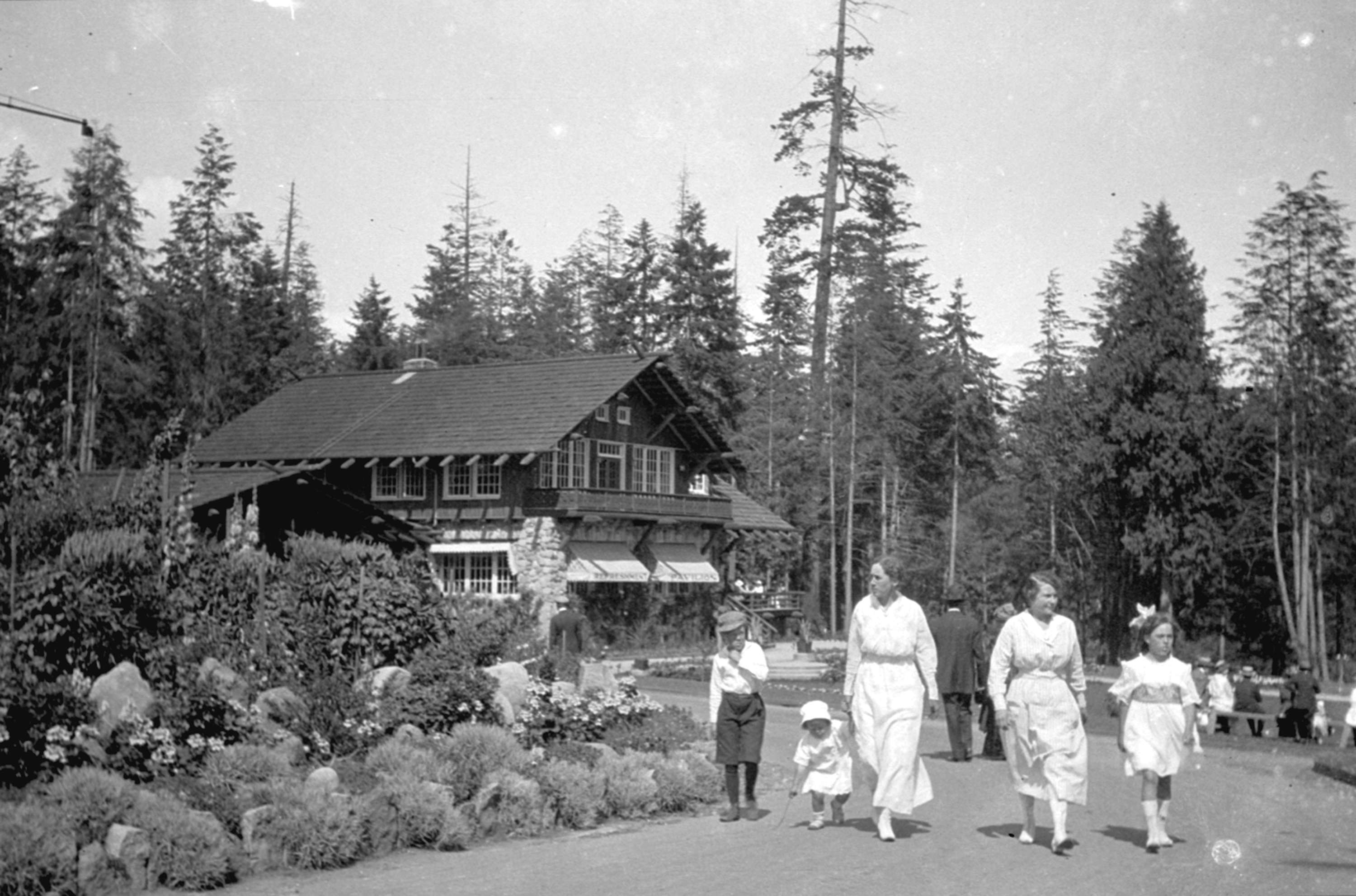 From the Sunday Province, 1927: So cleverly, so carefully, has the rock garden been built, grounded with greenery of tender plants and fern-like wild ones. There, one will notice, things are planted in longish drifts, and not in clumps or patches, the length of the drift going with the natural stratification. Again, as the season advances, one will notice the further care in selecting the plants whose colours will harmonize with the corner of the rockery to which they have been assigned.

The garden was all but forgotten by the 1950s and only recently rediscovered, 50 years later. 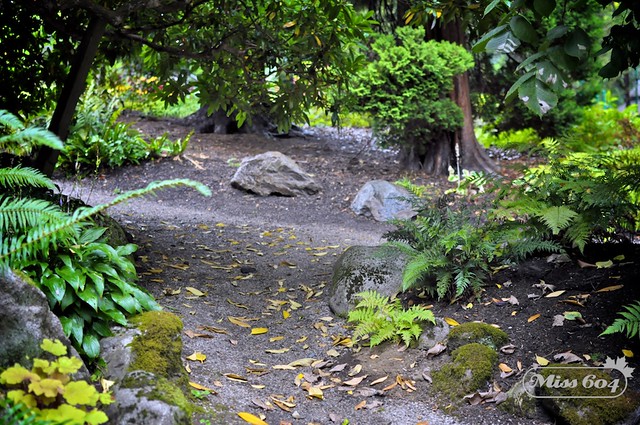 “It took him nine years to build it, and it took me nine years to bring it back,” Montgomery’s descendant, Chris Hay, told Global BC in 2013. the Stanley Park Rock Garden was designated one of Vancouver’s “Places That Matter” during the city’s 125th anniversary celebrations. 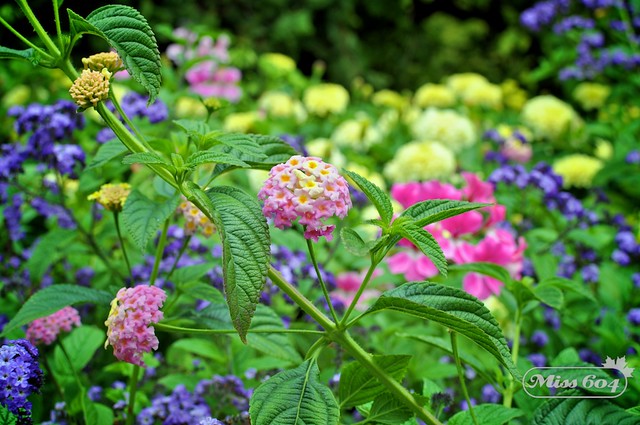 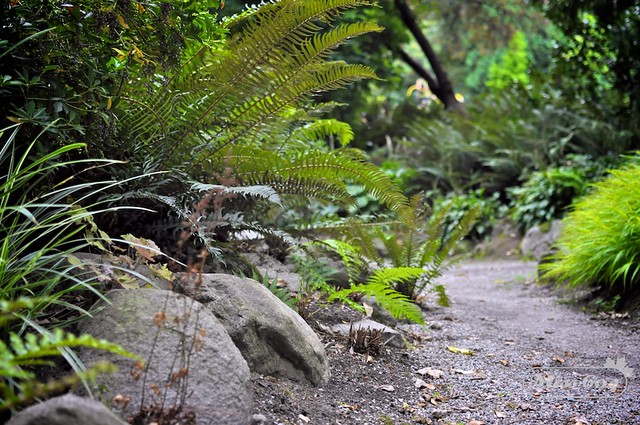 The plaque, tucked just around the east side of the pavilion reads: “The first public garden of the city was created from 1911 to 1920 by master gardener John Montgomery from unwanted boulders excavated for the adjacent park pavilion. Stretching from Pipeline Road to Coal Harbour this early park attraction had by the early 1950’s become partially abandoned, its story forgotten until revealed by the devastating windstorm of December 15, 2006.” 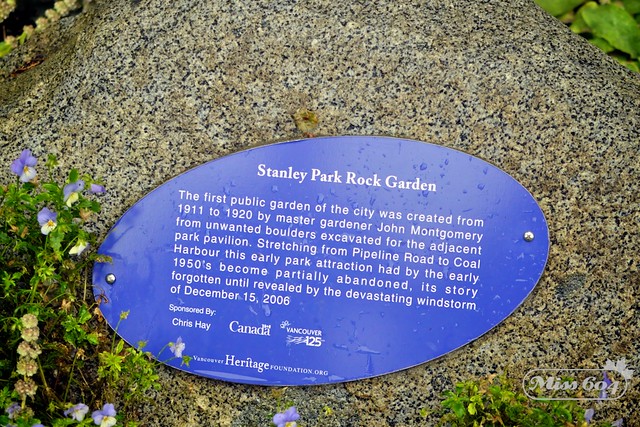 Thanks to the efforts of Chris Hay, the Vancouver Heritage Foundation, the Vancouver Park Board and various levels of government, it is unlikely that the Stanley Park Rock Garden will be lost again.

UPDATE: May, 2020
The British Columbia Historical Federation (BCHF) is pleased to announce Chris Hay is the recipient of a 2019 Certificate of Recognition for his invaluable efforts to have the Stanley Park Rock Garden recognized as a historic site in Vancouver and nationally.

The first public garden in Vancouver, the Stanley Park Rock Garden was laid out in 1911 by master gardener John Montgomery, and was one of Stanley Park’s top attractions, but the park became neglected and gradually disappeared into the adjacent forest after the Second World War.

Chris Hay, great grandson of John Montgomery, rediscovered the rock garden when he began researching his family history. A devastating windstorm in 2006 revealed lost portions of the rock garden landscape. After years of research and lobbying by Hay, the Stanley Park Rock Garden was recognized as one of Vancouver “Places that Matter,” added to the Vancouver City Heritage Register, and listed on the Canadian Register of Historic Places.”

Share45
Tweet23
Share
Pin20
Email
Reddit
WhatsApp
88 Shares
Current Contests on Miss604
*All contests are open to residents of Canada only, unless otherwise stated. Contest timelines are published on each individual post along with entry methods. Some contests may only be open to those 19 years of age and older. Winners are announced on the contest blog posts. Contest policy »