Every year, the waters of False Creek are brought to life by dragon boating teams from across the world. The Concord Pacific Dragon Boat Festival marks one of the largest community festivals in Vancouver, offering three days of races, food, music and beautiful scenery to boot. From June 22 to 24, more than 200 teams will be participating in a series of races.

In order to help visitors enjoy one of the most festive and cultural events in Vancouver, they’ve created a list of the top 5 things you didn’t know about the Concord Pacific Dragon Boat Festival. 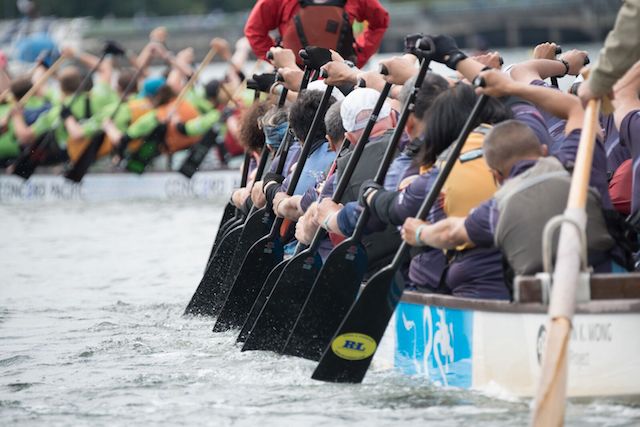 The Inception: The festival was founded in 1989, a mere three years after Hong Kong donated and shipped nine traditional teak boats to Vancouver to celebrate Expo 86. This year officially marks the 30-year anniversary of the festival and promises to be the largest yet – with an estimated 6,000 competitors converging on the event from ten countries.

The East Meets The West: Even though the Concord Pacific Dragon Boat Festival is backdropped by BC.’s magnificent mountains, the roots of the festival comes from overseas – China, to be exact. More than 2,000 years ago, in the valleys of southern China, dragon boating was used as a fertility rite during the Summer Solstice to ensure plentiful crops and to avert misfortune.

As legend has it, Qu Yuan, a poet and court official during a period of Chinese unification was despaired at the discord in his country and threw himself into a river. Local villagers paddled into the river to save him and beat drums to scare away the fish. This became tradition during the summer solstice and brightly coloured boats with beating drums will traverse on False Creek during the festival.

To bridge the gap between the East and West, traditional Canadian canoes have been incorporated into the festivities.

International Pull: Every year, the Concord Pacific Dragon Boat Festival attracts attendees and participants from all corners of the world. Besides Canada, there are teams from Germany, Australia, Hong Kong, the Philippines, China and seven U.S. states. While there are mixed teams – such as those combining Americans and Canadians – most teams from abroad consist of paddlers from a single nation. These teams are at the festival to represent their country and experience one of Canada’s greatest cities at the same time.

Let’s Talk About the Real Issues: Besides the local and family-fun appeal, the festival also has multiple teams that focus on a variety of charities or local issues. One of the most prominent and long-standing charity boat teams is Abreast In a Boat, which is made up of breast cancer survivors and has been a part of the festival since 1996.

Another main focus of the festival is youth participation. While there are youth teams and even a youth regatta, there is a concerted effort by the festival organizers to ensure that children and young adults not only attend the event, but also have the opportunity to compete and be employed by the festival too. This was made possible by an investment of over $400,000 by the Canadian Dragon Boat Festival Society in 2017. 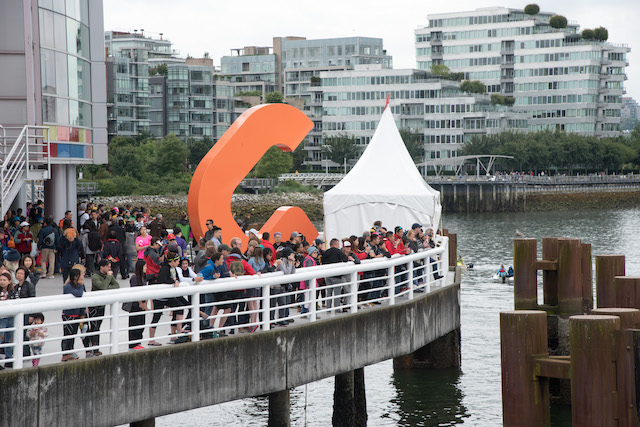 It’s Free! The best part of the Concord Pacific Dragon Boat Festival and all its related activities is that it is all free for attendees: whether watching the races or enjoying the musical entertainment and local culture! Each day of the festival is themed – ‘All Access Friday’ is focused on raising money to ensure everyone can participate in sport; ‘International Saturday’ features world-class dragon boat races every 11 minutes for 11 hours; and ‘Championship Sunday’ is just what it sounds like – championship race after championship race.

Share138
Tweet8
Share
Pin2
Email
Reddit
WhatsApp
148 Shares
Current Contests on Miss604
*All contests are open to residents of Canada only, unless otherwise stated. Contest timelines are published on each individual post along with entry methods. Some contests may only be open to those 19 years of age and older. Winners are announced on the contest blog posts. Contest policy »
Comments are closed on this post
Advertisement

Also on Miss604.com
« Things to do in Vancouver This Weekend
Big Sisters Celebrates 15 Years of the Life-Changing Study Buddy Campaign »