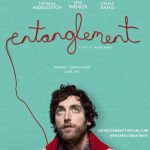 Intent on ending his misery, Ben Layten merely adds to a laundry list of embarrassments. So it’s no surprise when subsequent efforts to connect with the woman who was nearly his adoptive sister send him into a darkly comic tailspin that leaves him questioning every relationship in his life, as well as his increasingly tenuous grip on reality. Jason James‘ sophisticated film poignantly questions whether it’s ever advisable to let things go.

This year’s Miss604-sponsored film at the Vancouver International Film Festival (“VIFF”) is Entanglement. It is an affirming comedy/drama about mental health that stars Thomas Middleditch (Silicon Valley, The Wolf of Wall Street), Diana Bang, (Seth Rogan’s The Interview), and Jess Weixler (Good Wife). The script is by Jason Filiatrault (Young Drunk Punk), and produced by Amber Ripley (Sitting on the Edge of Marlene).

I had a chance to chat with its director, award-winning producer/writer/director Jason James (That Burning Feeling) who is no stranger to VIFF, being a Vancouver local and winner of Best First Canadian Feature at VIFF in 2013.

Entanglement premiered at the Seattle Film Festival, opened the Brooklyn Film Festival so while it will have its Canadian premere at VIFF, Jason has had a chance to see the audience’s reaction already, which he’s found fascinating.

“The film talks about mental illness, depression, loneliness, and pretty dark subject matter but it’s sort of treated in a very lush, beautiful, poetic way.” What he has loved so far about the screenings is that a conversation follows.

“Mental illness is something that has touched so many people’s lives. People really want to talk about it, they relate to it. It’s refreshing to see how open and honest people are after the screening and maybe it’s like a catalyst to talk about these things in a different way.”

Jason says that when he received the script from Jason Filiatrault, he read it all in one sitting. “It was one of those scripts where you could just see the movie. It was so visceral, and visual.” He began to think about the Ben’s character, his mental state. “There’s so much you can do with the cameras, with the sound, with the imagery and that’s what drew me to it.” 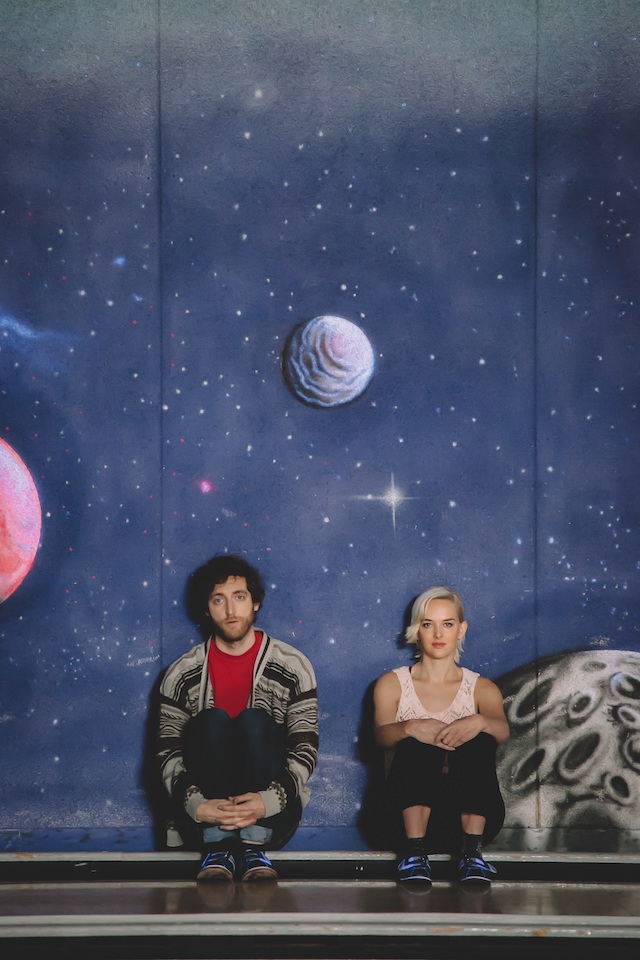 With Thomas Middleditch as Ben, Jason feels that audience got to really see a different side of the actor, who is originally from BC but has garnered international acclaim and success through Silicon Valley, and is currently working on Godzilla: King of Monsters.

“This is the first Canadian film that [Thomas] has ever done. So it’s kind of interesting that he went out and did all these Hollywood things now he’s coming back and doing this tiny little Canadian film, I think it’s pretty cool.”

One thing Jason loves about Thomas’ performance as Ben is that the audience gets to see a new side of him. “I’m very proud of his performance. It’s a very beautiful, nuanced, romantic and dramatic performance. And it’s still comedic but it’s just a different side of him that we don’t normally get to see.”

Many of Jason’s other films have been comedies. “They’re very naturalistic and grounded, and rooted in the real world and [Entanglement] just had that sort of fantastical, magical, realist, element to it that really excited me.” There’s visual effects, animations, interesting stunts, and “things that bump up against the real world and kind of play with it.”

Jason is currently slated to direct the feature film The Mother Outlaws for Brightlight Pictures. He is also developing the comedy TV series Sleeping Around for Corus/Shaftesbury Films and Lady Business for Bell/EOne Television.

He films all of his movies in his hometown of Vancouver, and you’ll most likely spot a few familiar landmarks in Entanglement. “We have such a diversity of locations and such well-trained crew. As an indie filmmaker here, I can’t afford the big budget rates but I can always provide people with interesting, cool material. Vancouver is a special place to make movies.”

Entanglement is part of the BC Spotlight at VIFF this year and you can vote for it as a #MustSeeBC film here until September 25th. The winning film will receive the #MustSeeBC audience award and a special red carpet screening.

I have two pairs of tickets to give away to see Entanglement at the Rio Theatre on Saturday, September 30, 2017. Here’s how you can enter to win:

Update The winners are Rachelle and Stephanie!

Share27
Tweet25
Share2
Pin2
Email
Reddit
WhatsApp
56 Shares
Current Contests on Miss604
*All contests are open to residents of Canada only, unless otherwise stated. Contest timelines are published on each individual post along with entry methods. Some contests may only be open to those 19 years of age and older. Winners are announced on the contest blog posts. Contest policy »