“This song is depressing,” Bastille frontman Dan Smith told the crowd at UBC’s Thunderbird Arena. “But, it sounds upbeat.” That was the theme of the night as GRAMMY-nominated U.K. band had everyone up and dancing at their Vancouver stop of the Wild Wild World Tour: The songs might have depressing lyrics, and Smith might have been battling a cold, but every smiley face in the crowd was ecstatic to be there. 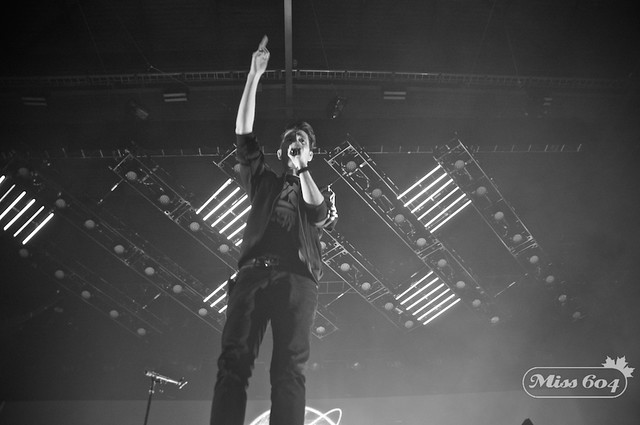 Kicking things off with multimedia on the big screens, including the same pre-roll and commentary spliced into tracks on the Wild World album, the band took to the stage with strobe lights blaring as Smith jumped on the amp, front and centre, with the audience followed jumping and dancing for the rest of the night. You wouldn’t have known he was feeling under the weather except for cracks in his voice when he spoke between songs. 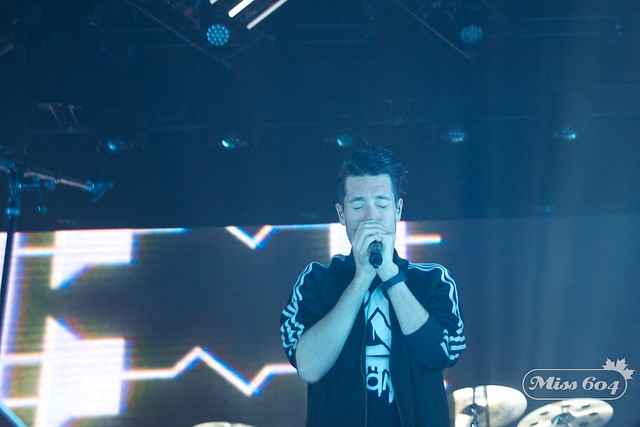 Will Farquarson had a wicked solo, drummer Chris Wood led the crowd in cellphone-light-waving, and clapping when he wasn’t at the helm of his kit, and Kyle Simmons kept the pace dance (and/or sway) worthy all night. 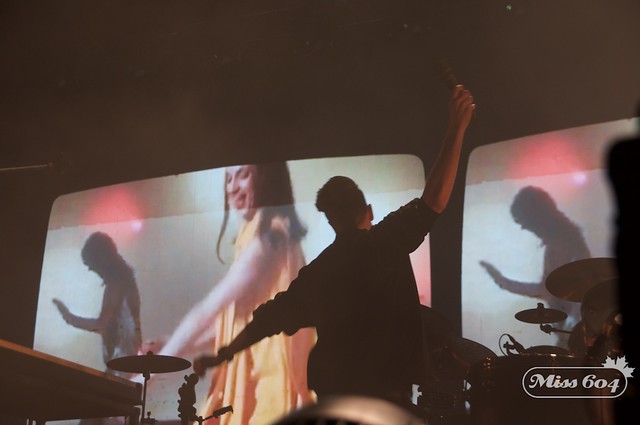 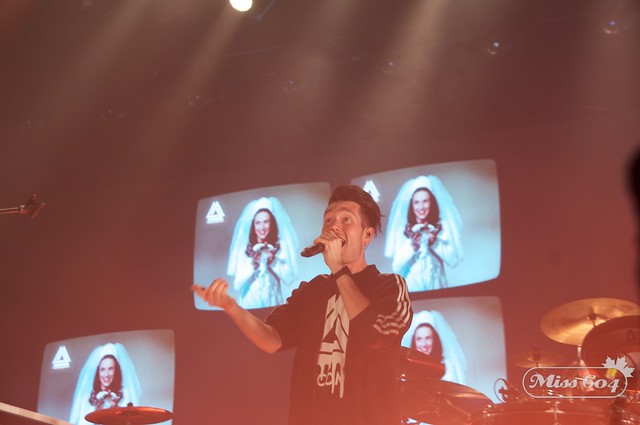 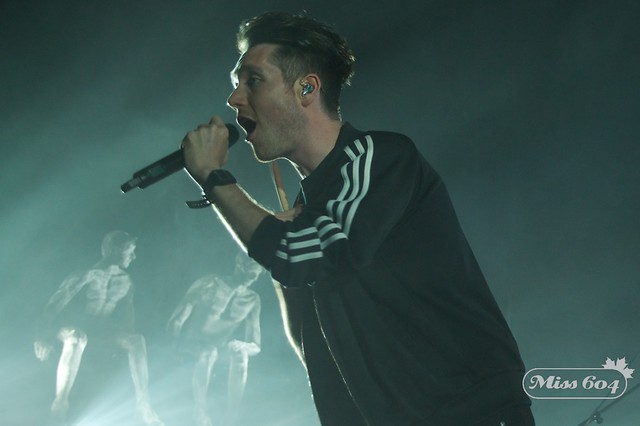 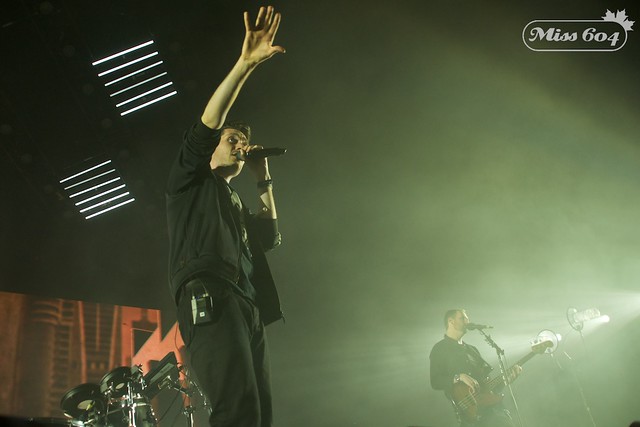 For their popular cover Of the Night, Smith took to a small stage toward the back of the floor audience with a single drum as everyone danced along. Then during the first encore, Two Evils he ended up in the rafters behind section 104/105, perched like the timely “Crane Girl” of Toronto, but more fittingly like the two guys in the Wild World album cover photo.

Wild World is the band’s sophomore album, which debuted in the Top 5 of the Billboard 200 and spent two weeks at No. 1 on the U.K. albums chart. The setlist dove deep into the album along with favourites from the chart-topping Bad Blood. 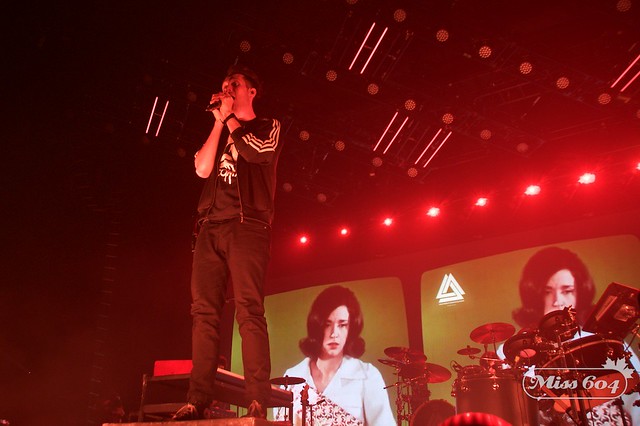 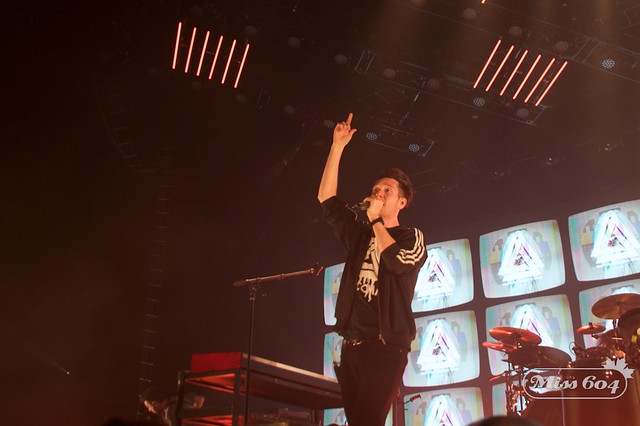 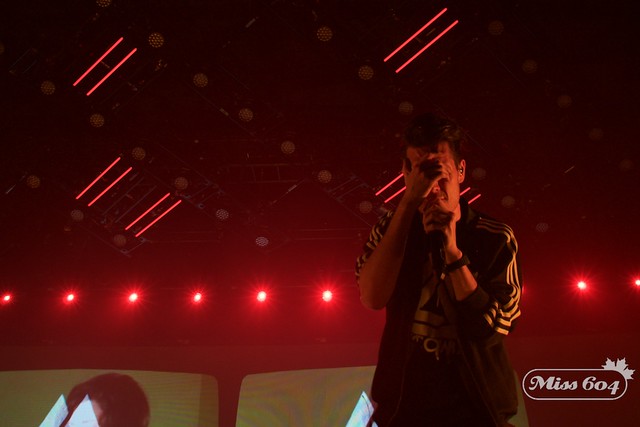 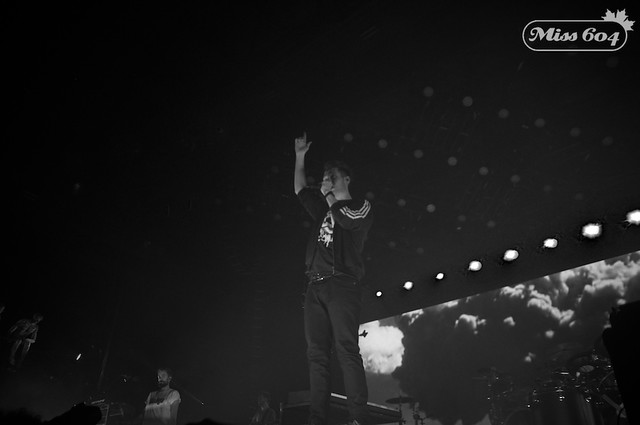 This was my first time covering a concert at Thunderbird Arena (and my second Bastille show) and it was a great live concert venue. The acoustics were amazing and from my seats in the crowd – that I additionally purchased for my sister, niece, and myself – we had an unbelievable view of the stage in section 103, row 3 behind what would be a hockey team bench.

This was stop 14 on the tour, which continues on across North America until May 12th with a follow-up Born To Be Wild World North American Mini Tour in October.