The Fair at the PNE returns for the season from August 20th to September 5th and Vancity Savings Credit Union is proud to sponsor the annual Vancity Member Day on September 1st. Vancity members and a guest can enjoy a fun-filled day at the Fair for only $5 each.

To receive the discounted admission, present your Vancity MEMBER CARD® debit card or Vancity enviro™ Visa, (or another form of membership verification), at any Fair at the PNE ticket booth on Thursday, September 1, 2016. Gates open at 11:00am. 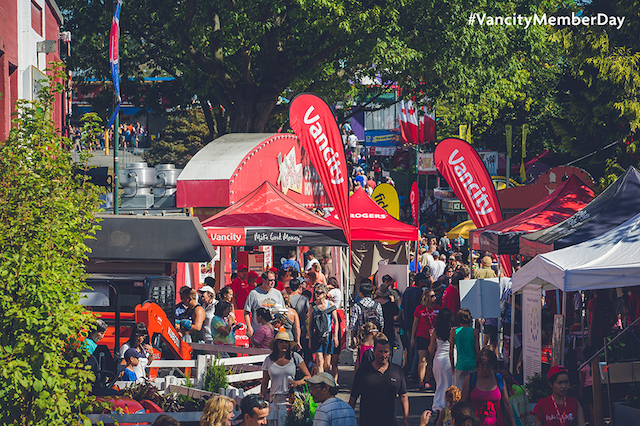 With Vancity’s support, the PNE is working towards creating a zero waste Fair for the 15 days. This year, Vancity’s Zero-Waste Events initiative includes 50 waste diversion stations have been installed throughout fairgrounds to help PNE improve its waste reduction, recycling and composting activities. Throughout The Fair, each station will be staffed to help sort waste and share recycling tips.

At last year’s Vancity Member Day, a total of 74.3% of event waste was diverted from the landfill. That’s equivalent to nearly 300 garbage bags full of waste!

How can you be more green at the PNE?

Once again, this year have a Vancity Member Day at the PNE prize package available, and it’s worth over $200! The prize includes a pair of gate passes and Playland ride passes, a Vancity swag bag, and Sidesaddle Bikes gift certificates. 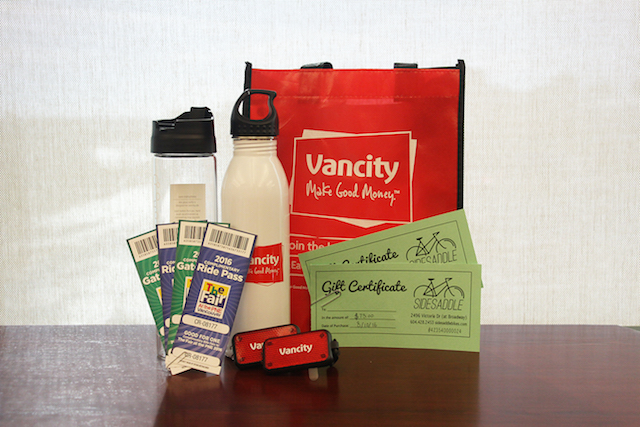 I will draw one winner at random from all entries at 9:00pm on Sunday, August 28, 2016.Gates open at 11:00am on PNE Vancity Member Day. Follow the event on Facebook, and on Twitter using the tag #VancityMemberDay for more information. Check out the full PNE Concert Lineup for nightly entertainment at The Fair as well.

Update The winner is @Beccafar!