BC Place still had that new turf smell when I arrived this morning along with media from around the globe to preview some of the technology that will be used during the FIFA Women’s World Cup. The scene around the stadium was filled with hard hats, scaffolding, tents, fences, and new branding was all put in place to strip the stadium of its local team branding for the duration of the FIFA Women’s World Cup, and replaced that of the tournament sponsors and rights holders. 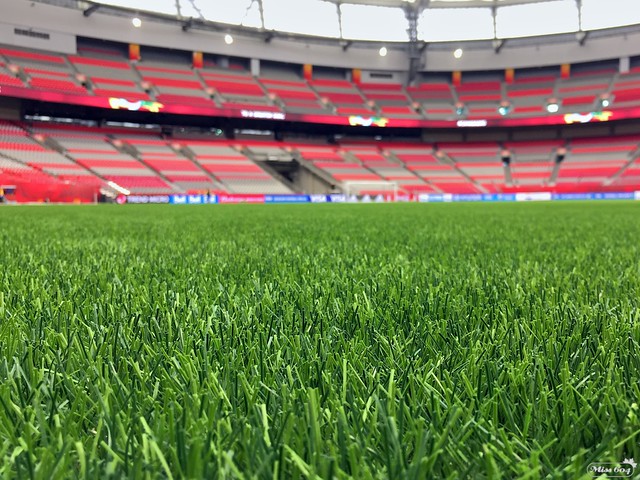 The new turf’s premiere was at last Saturday’s Whitecaps FC match vs Real Salt Lake and it still looked perky and new today. I slipped off my shoes — as recommended by a FIFA official — and felt the bright green blades and dusty fibre infill between my toes. It didn’t smell like grass but it sure did feel like it.

First up was a briefing about the turf, which is Polytan’s top of the line LigaTurf RS+CoolPlus surface. It will be used throughout the FIFA Women’s World Cup, next year’s 2016 World Rugby Seven Series, as well as for home teams Whitecaps FC and the BC Lions. This morning was all about the rigorous testing under which the turf went to be deemed suitable for FIFA play.

“The team is here to make sure meets highest possible standards,” Johannes Holzmüller, Group Leader FIFA Quality Programme told media this morning. The surface is certified to meet FIFA’s 2-Star rating and FIFA commissioned the independent UK-based company ProZone to put the turf to the test and ensure it was match-ready. 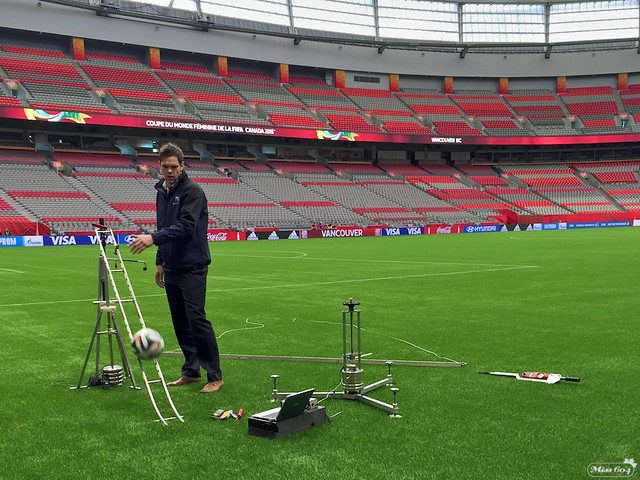 Niall McPhee of Sports Labs Ltd gave a few demos with the equipment used to test the surface, both in the lab and in the stadium. Niall rolled the ball down a slope to see how far it moved across the playing surface, tested how hard the surface was when the ball bounces, and held up a torque meter that tests traction. He emphasized that all tests are conducted with turf samples in the laboratory, including UV stabilization and accelerated aging, then also on the installed surface to ensure consistency.

They will continue to test the surface throughout this week, leading up to kick-off at BC Place for the first match here on June 8th.

Once the turf demos were complete, we walked around to the south side of the stadium for the Hawk-Eye goal line technology demonstration where six watches were handed out. 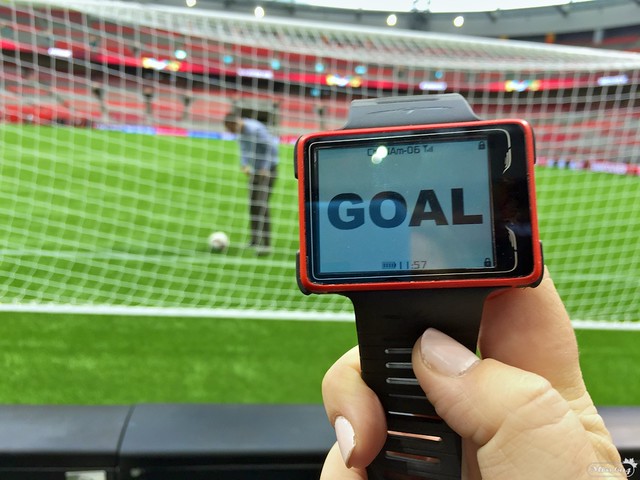 These watches will be worn by officials on the field during matches, and when the ball crossed the goal line they will vibrate and display a message “goal” using a wireless notification system. This will mark the first time that goal line technology has been featured in a pinnacle women’s football event, and the second time Hawk-Eye has been used by FIFA, it was previously used at the FIFA World Cup in Japan 2012.

There is no tech in the ball itself, it’s all about cameras. Hawk-Eye involves 14 cameras installed as high as possible within the stadium structure. In BC Place, they’re placed way up along the catwalk near the roof. According to the official FIFA press release: “Hawk-Eye is able to locate the ball at all times even if it is only found by two of the seven cameras. The system is millimetre-accurate and indicates whether or not a goal has been scored within one second by a vibration and visual signal on each match official’s watch.” This system will be tested many more times leading up to kick off and the goal line technology is also tested on game day by the match officials.

These are just a few of the state-of-the-art features that the FIFA Women’s World Cup is bringing to our stadium this summer, along with the other five host cities across Canada. 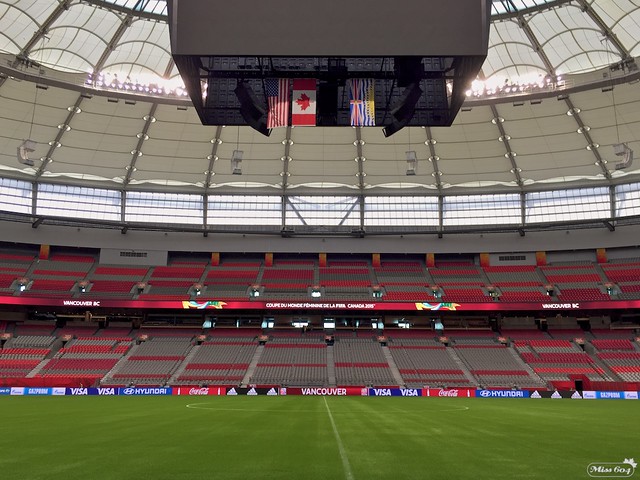 Be sure to get your tickets for the Vancouver matches and follow the global tags #FIFAWWC and #LiveYourGoals online. Fans can also share how they are watching and enjoying the tournament, using the dedicated hashtag #myFIFAWWC. For the first time ever at a FIFA competition, fans will see this hashtag on match days, on each stadium’s LED advertising boards.

Share29
Tweet
Share
Pin
Email
Reddit
WhatsApp
29 Shares
Current Contests on Miss604
*All contests are open to residents of Canada only, unless otherwise stated. Contest timelines are published on each individual post along with entry methods. Some contests may only be open to those 19 years of age and older. Winners are announced on the contest blog posts. Contest policy »
Comments are closed on this post
Advertisement