Last night, through partly clouded skies, a total lunar eclipse was visible in Vancouver. The HR MacMillan Space Centre hosted an event and photographers took to the streets to capture the event: 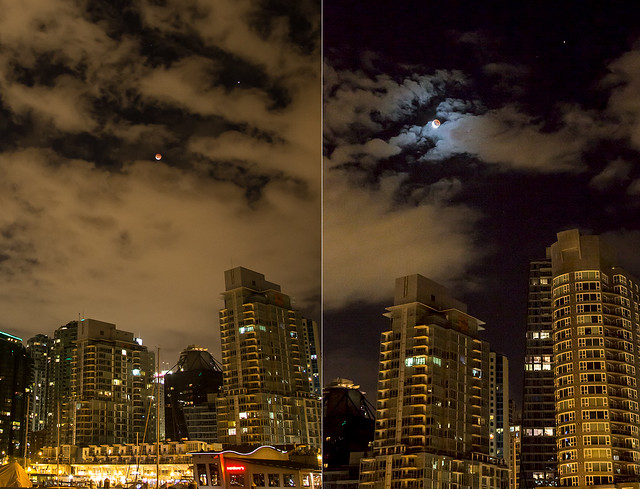 As the CBC reports this morning, “if you missed last night’s total lunar eclipse, here’s some good news – there will be another one in October. Fortunately, Monday night’s eclipse is the first in a tetrad — a series of four total lunar eclipses separated by roughly six months each. The next one takes place on October 8th, peaking at 3:54 am PT. You’ll only be able to see the whole eclipse if you live west of Regina and Saskatoon, as the moon will set before it is complete in the rest of Canada. However, the peak of the eclipse should be visible almost right across the country.

The last two eclipses of the tetrad will take place on April 4th and September 28th, 2015. Tetrads, groupings of four total lunar eclipses, are expected a total of eight times during the 21st century, NASA Science News reports. However, that makes this century unusual — there were no such tetrads between 1500 and 1900.” 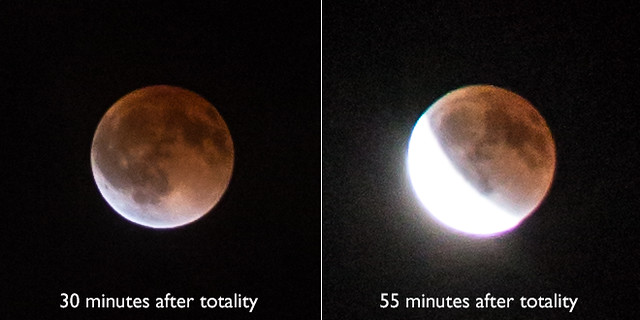