The PNE returns for its 103rd year from August 17th until September 2nd with its full line-up of summer concerts, food vendors, exhibits, Superdogs, rides and attractions. Once again members of Vancity Credit Union will be able to receive a discounted admission for PNE Vancity Member Day on Thursday, August 29, 2013. 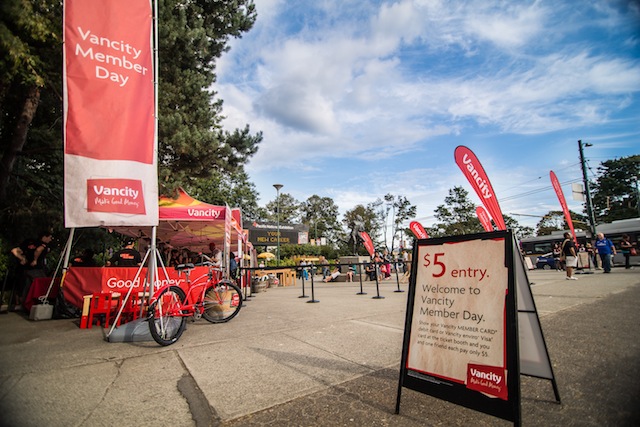 On Vancity Member Day August 29, 2013, Vancity members and one guest receive a discounted admission of only $5 per person ($9 savings on each ticket!). Simply present your Vancity MEMBER CARD® debit card or Vancity enviro™ Visa* (or other form of membership verification) at the PNE ticket booth.

Vancity will “Cowpower” all the electricity consumed at The Fair on Vancity day, i.e. by supporting Cowpower our dollars go to enabling local farmers to install biodigesters on their farms to process cow manure to make electricity (and it also make a digestate that is a high nutrient natural soil amendment that farmers can spread on their fields). A drinking-water station will also be made available on Member Day, to encourage visitors to use re-usable water bottles for the day. The water station will be provided by Metro Vancouver.

Eco Alley at the PNE will be an engaging activation area that will showcase The Fair’s current green initiatives with a strong focus on recycling and composting, engaging visitors in generating new ideas and proposing additional ways the PNE can “go green.”

The area, highlighted by a 20×20 activity tent and a 10×10 composting tent, will feature a number of activities centered around recycling, composting and transportation for attendees to participate in:

By the entrance of the PNE Main gates, Vancity is also providing a free valet bike service for PNE visitors, providing secure bicycle storage and a chance to win a green prize pack for users of the valet.

To get the word out about Vancity Member Day and Eco Alley at the PNE, Vancity has offered up a prize pack for a Miss604 reader that includes: A pair of Fair Gate and Ride passes (value $100), a green cleaning kit (value $50) and a stainless steel green waste bin (value $50). 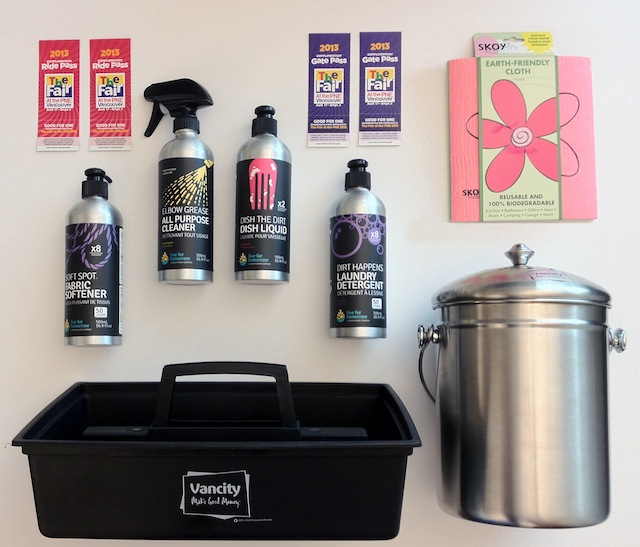 Gates open at 11:00am on PNE Vancity Member Day. Follow the event on Facebook, and on Twitter using the tag #VancityMemberDay for more information. Check out the full PNE Concert Lineup for nightly entertainment at The Fair as well.

Update The winner is Am!

Share13
Tweet
Share
Pin1
Email
Reddit
WhatsApp
14 Shares
Current Contests on Miss604
*All contests are open to residents of Canada only, unless otherwise stated. Contest timelines are published on each individual post along with entry methods. Some contests may only be open to those 19 years of age and older. Winners are announced on the contest blog posts. Contest policy »