Local online boutique PileOfPillows.com is making a splash in the home decor scene with its collection of designer, Canadian, earth-friendly products ranging from duvet covers and hypoallergenic pillow cases to organic sheets and pet bedding. 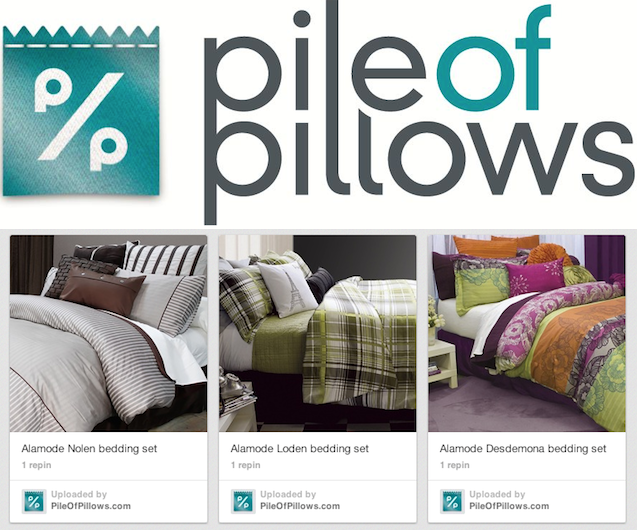 On the website you can learn how to pick out the perfect pillow, shop by brand, learn the difference between organic cotton and Egyptian cotton, and check out different grades of Latex. Of course you can also browse decor pieces by price, size, or colour.

PileOfPillows.com is generously offering up a shopping spree valued at $150 for me to give away to one lucky reader. Here’s how you can enter to win:

Follow PileOfPillows.com on Twitter and Facebook for more information about their latest products and sign up for their newsletter online (via the box located in the site’s footer). You can also catch the company on the next season on the popular W Network/HGTV show “Buying and Selling with The Property Brothers”.

Update The winner is @jenjennifers!

Also on Miss604.com
« The Merridale Cidery Experience
Vancouver Photos of the Week »