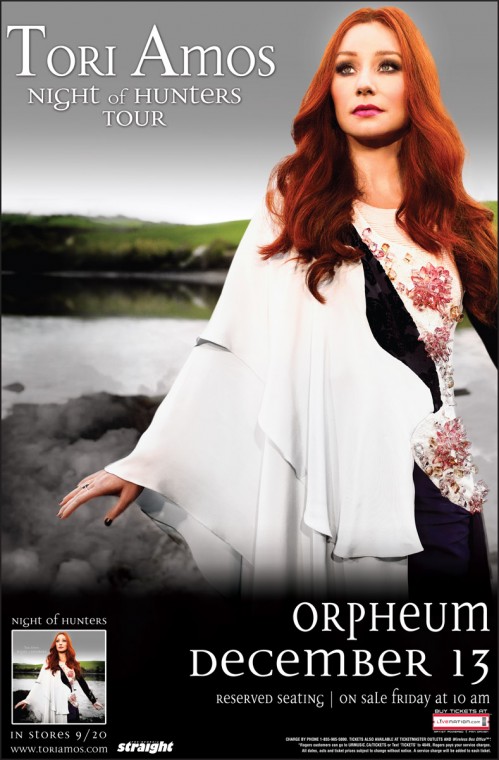 Tori Amos is returning to Vancouver to play the Orpheum on December 13th. Performing most of her life and touring relentlessly since 1991, Rolling Stone has voted her one of the best live performers of all time.

Tori Amos’s latest release and debut on Deutsche Grammophon Night of Hunters is a 21st century song-cycle, inspired by classical music from the last 400 years.

Following the idea of the classical song-cycle, the all-new songs from Night of Hunters tell an ongoing contemporary story. Its central character is a woman ending a long relationship, allowing the listener to follow her on a journey over the course of one night to explore complex musical and emotional themes.

Tickets go on sale through this Friday at 10:00am for $39.50, $69.50 and $89.50 through Live Nation, Ticketmaster or the Rogers Wireless Box Office. In the meantime, I have a pair of tickets to give away this week. Here’s how you can enter to win: