I don’t know about you, but since the Olympics rolled into town I haven’t had much time to slow down. Things have been go go go with the Paralympics, Twestival planning, trips across the continent and website attacks. Thanks to Vida Spa, I can at least offer a relaxing experience to one lucky reader (through whom I can live vicariously). 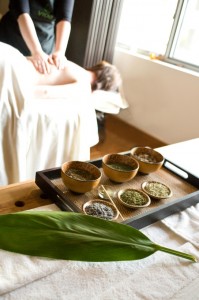 The newest Vida Spa location at the Westin Bayshore in Coal Harbour is offering up the chance to win the following:

The Detoxifying Aromatherapy Massage, a light, full-body massage that cleanses the system through healing botanical essences. Custom-blended essential oils including cypress, juniper berry, rosemary and grapefruit are integrated into the massage oil to provide an herbal detoxification that helps clear unwelcome toxins while restoring energy and well-being.

This 60-minute massage is a one of Vida’s 2010 Spring Renewal Treatments.

If you would like to win the Detoxifying Aromatherapy Massage (either for yourself or as a gift) please leave a comment below. You may also enter to win by re-tweeting the following on Twitter:

I entered to win an @vidaspas treatment from @miss604 http://ow.ly/1xBwf

All entries (from Twitter and comments) will be pooled and one winner will be drawn Friday April 16th at 12:00pm.

Vida Spa opened this newest location in February, just in time for the Olympics. They also have locations at the Sheraton Wall Centre, the Sutton Place Hotel, in Whistler at the Fairmont and in Seattle at the Pan Pacific.

Fine print: Approximate value for the 60-minute treatment is $125 (regular price) and is currently on special for $106.25. Appointment time can be arranged between the winner and Vida Spa (valid Monday-Friday until May 31, 2010).

Update I have drawn the winner and it is Melanie (comment entry) – thank you to everyone for entering and I hope we can all get some relaxation time in the sunshine this weekend.