I was invited to hop aboard the Alberta Train yesterday, a luxury rail coach from North Vancouver to Whistler with double-decker cars and domed panorama roofs. The train experience is courtesy of Travel Alberta to showcase their Rocky Mountaineer route to the Rockies. There was plenty to do in Whistler this week and aside from Olympic events they were also hosted TEDx Whistler with a focus on sustainability.

However, before we even arrived in the mountain village, we had quite the journey on the train. I’ve taken the Rocky Mountaineer before but in the winter, and on the Alberta Train, it’s a whole other experience. Coasting past snow-capped mountains peeking out from the other side of Howe Sound, it was a blissful trip. Aboard the train we were served beverages, breakfast, and enough information about visiting Alberta (and the Calgary Stampede) to make me start pulling out the map book to plot a road trip. 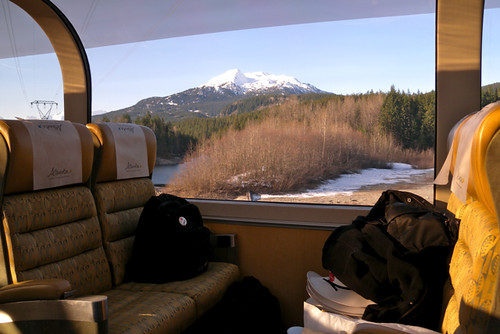 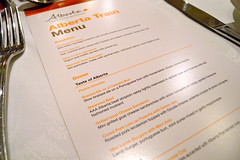 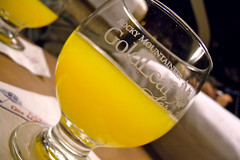 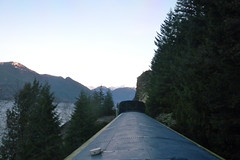 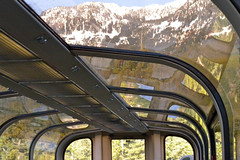 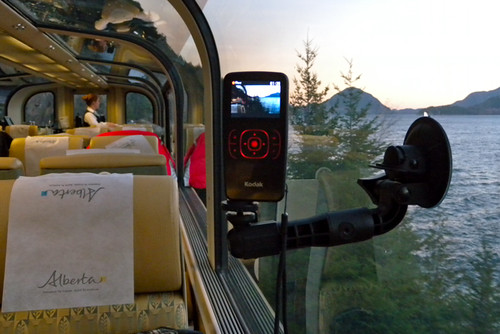 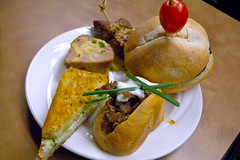 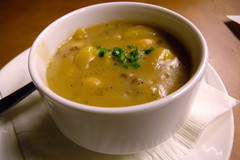 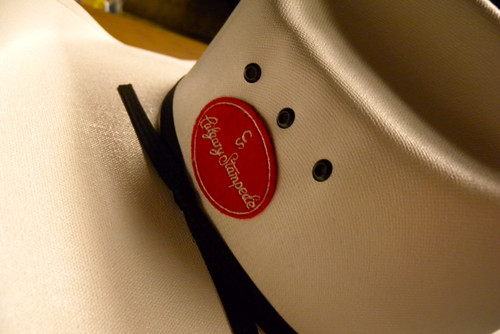 We received a few goodies along the way including an iPod Touch pre-loaded with Travel Alberta videos, images, contacts, notes, and web bookmarks. If the decadent travel accommodation and swag wasn’t enough already, they also handed out ticket to watch the Olympic Alpine event over in Creekside. This threw a wrench into my plans to head straight to Whistler Village but I’m not sure I could ever pass up a chance to attend an Olympic event. 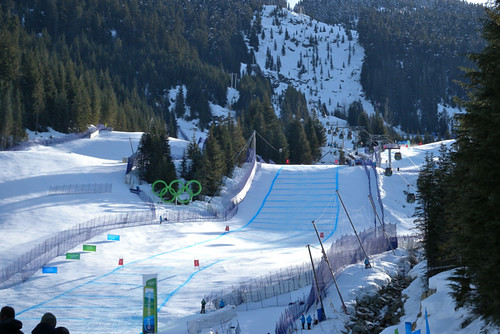 It was amazing to see Lindsay Vonn of the USA do her first alpine run of the day and to mix and mingle with fans from across the globe out on the snowy spectator field. In the stands, flags of all colours flew proudly while cowbells rung and chants broke up spontaneously. 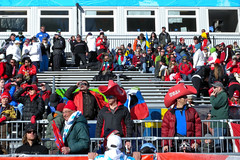 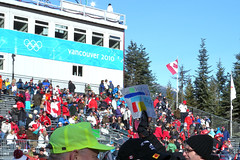 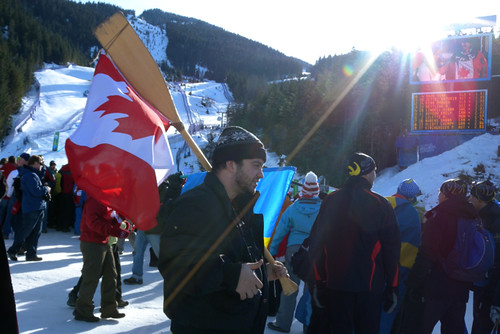 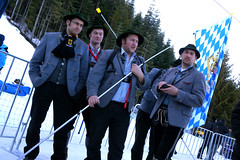 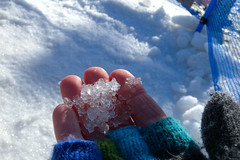 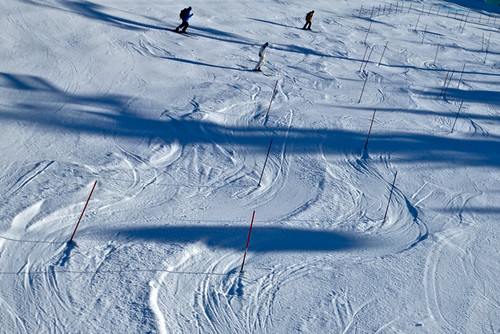 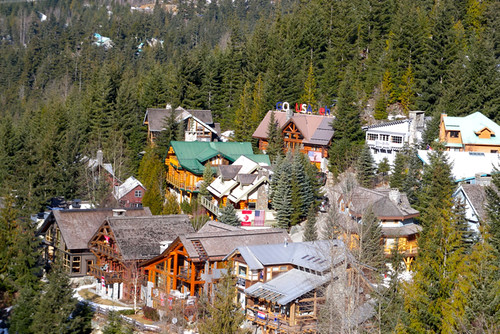 Finally heading toward Whistler Village we walked around soaking up the scenery. The flame burned brightly in a lonely cauldron inside the celebration site, a set of giant Olympic rings made for great photo opportunities, and street performers were in their prime. 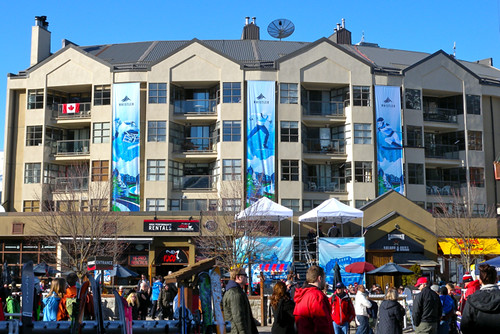 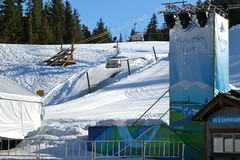 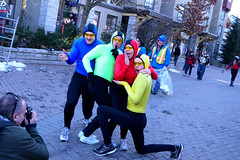 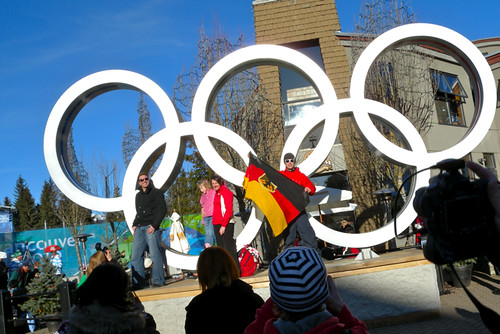 Meandering through the cobblestone village thoroughfares you could really see a mix of locals (out walking with their ski-seasoned dogs) and international fans draped in flags or trading pins. We eventually made it over to the Garibaldi Lift Company where MuchMusic is filming their On Demand segment all day until the end of the Games. 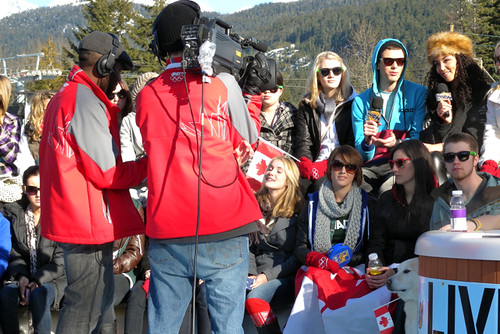 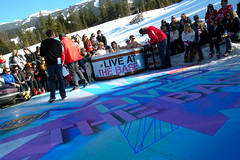 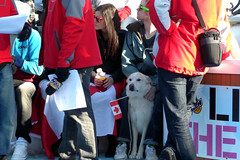 With little time left to make it to back to the train we headed for the station only to realize that we were an hour early for the departure. Luckily there’s a small pub nearby so we lugged our bags over there for a pint before leaving the bubbling Olympic alpine mecca of Whistler. After a few minutes two ladies asked if they could join our table, which sat at least 6 but I was only there with John Biehler. We welcomed them to sit and we instantly got to talking.

“She’s an Olympian you know,” said Marj, a woman from Toronto, as she gestured to her friend. Fascinated, we inquired and indeed we were in the company of Eleanor McKenzie Miller who competed in the 100m and 200m races in the Helsinki Olympics in 1952. They were both beaming, “this is our second Olympics!” Here for the long haul and at least another week, these ladies were sure in a celebratory mood. 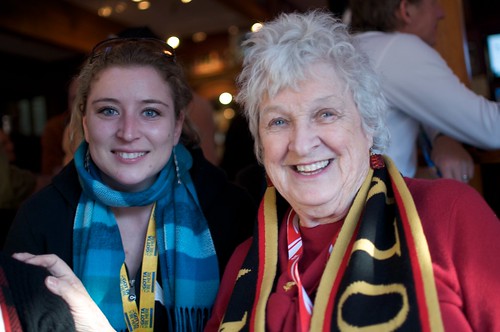 Eleanor was glowing, wearing an Olympic scarf given to her by the City of Vancouver. Past Canadian Olympians were invited to take part in a dress rehearsal of the Opening Ceremony, standing in for the current Olympians. After performing this honor Eleanor received the scarf and she wears it very proudly. 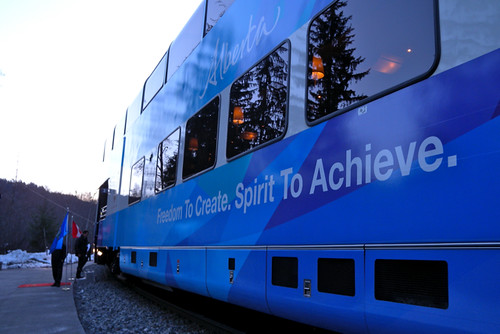 We didn’t have much time to stay and chat with the contagiously cheery BFF’s as we had to catch our train. Walking back to the train I knew I didn’t accomplish all I wanted to that day, or see all that I thought I could in Whistler. However, meeting Marge and Eleanor was an absolute highlight. This is huge part of what the Olympics are to me — meeting people. People with stories, with pride, and with an infectious spirit for the love of the Games.