With just a few days left in the 45,000 kilometer Olympic Torch Relay, I had the opportunity to ride along with the caravan in my hometown of Surrey, BC. 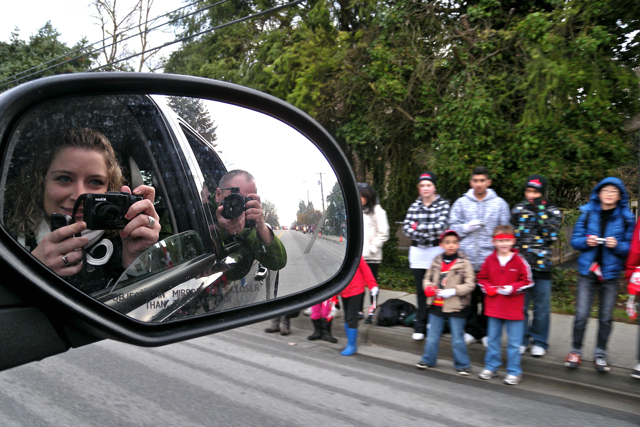 I sat shotgun as Art Lewis from Chevrolet drove his pickup truck behind the music-blasting, energy-bumping cavalcade of celebration the precedes the passing of the flame from torch to torch. Art’s been on the road every day of the relay and will round out the trip as the Olympic flame reaches its cauldron in Vancouver on Friday.

The crew of 220 that makes up the torch relay consists of dancers, artists, drivers, technicians, and the spirited folks who have run alongside the trucks and torchbearers from St John’s to Surrey. 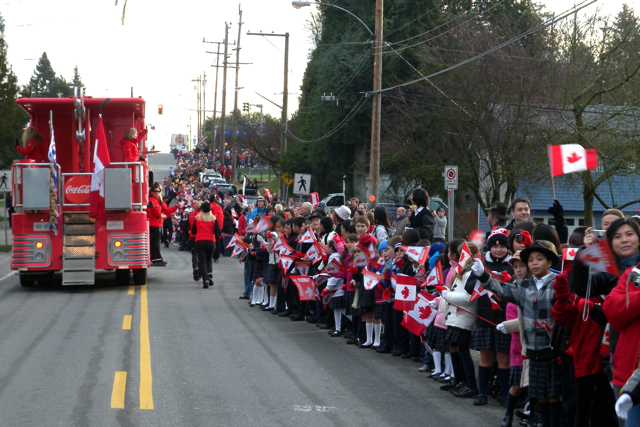 Art, along with his associate Serge St. Louie have been in charge of keeping all of these vehicles in tip top shape for their cross-country journey. If they didn’t have enough on their plate already, they have also been posting updates to Twitter over the last few months @GM_ArtandSerge. They have some amazing stories from the road, and Twitpics to accompany some. 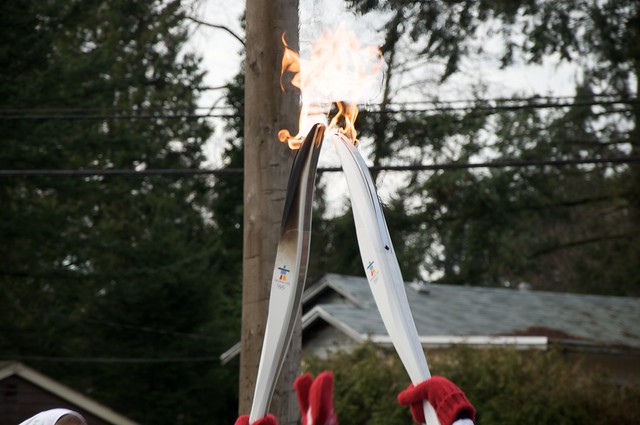 The caravan starts with a bus of torchbearers who get dropped off at their specific locations. Behind the bus comes the RBC and Coca-Cola trucks, which have names like “Twonie”, “Happy 1” and “Happy 2”. An emcee with a microphone announces each torchbearer as the Coca-Cola dance crews hop off their vehicles and pump up the crowd with Top 40 music hits. 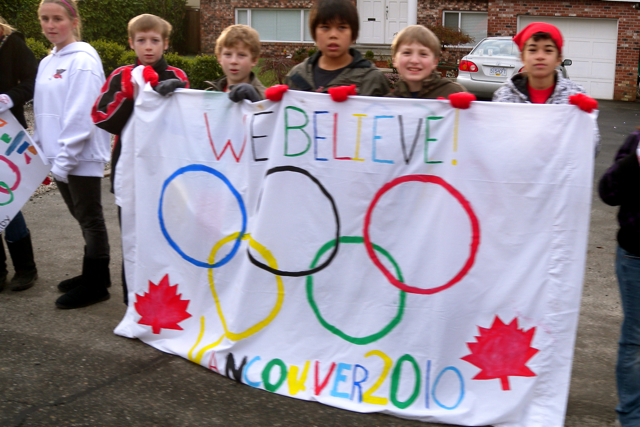 They pass through town handing out products and flags to spectators in anticipation of the flame which follows precisely 10 minutes behind this procession.

My time on the relay started out at 112th and 72nd Avenue in Delta and stretched up to Old Yale Road and 104th Avenue in Surrey. The communities rallied on the sidewalks, in driveways, and on front lawns. Entire schools (we must have passed at least half a dozen) were standing road-side with homemade signs, torches and flags. 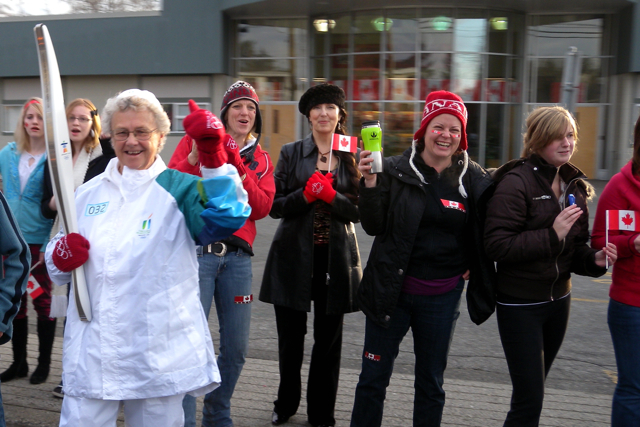 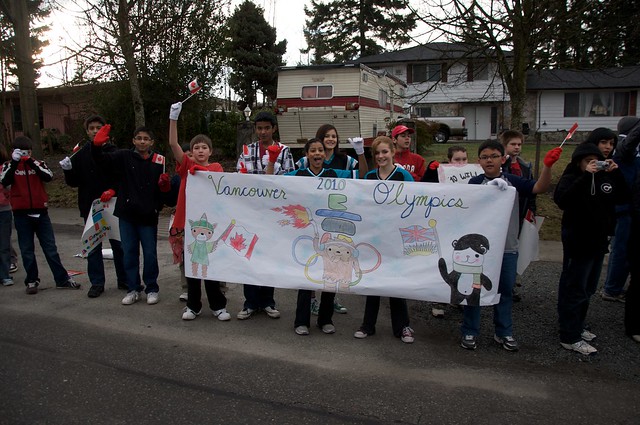 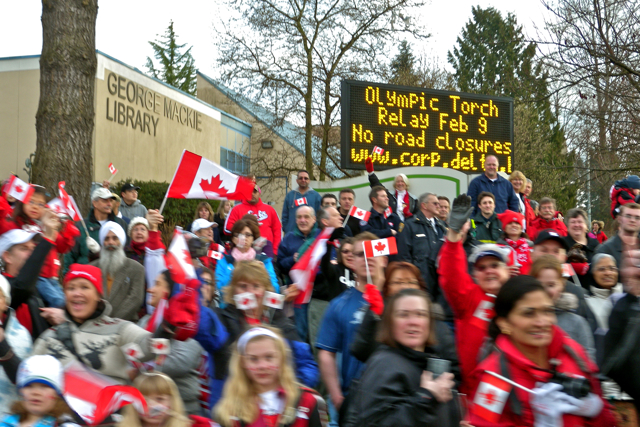 Art said that even though they’ve been at this for several months on end it’s still emotional. “We’re at Day 103 and it never gets tired,” although I’m guessing Art, who works tirelessly to keep this entire fleet on the road, was probably really tired when he shared that with me.

“You get a perma-smile doing this,” he added, with a smile of course. After my hour-long cruise down the torch relay route I knew exactly what he was talking about. 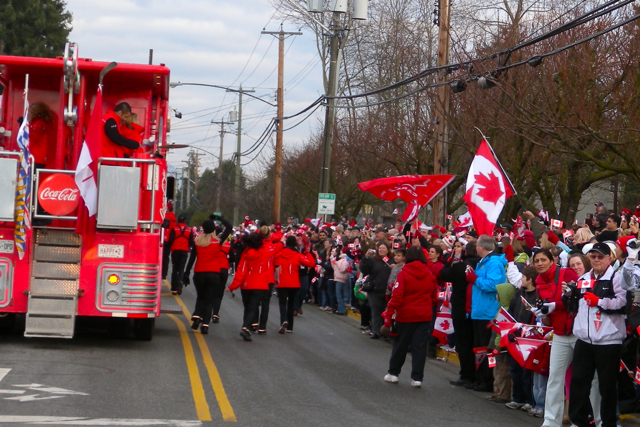 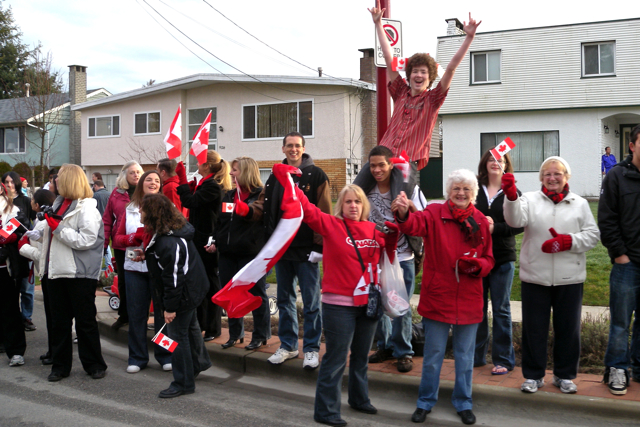 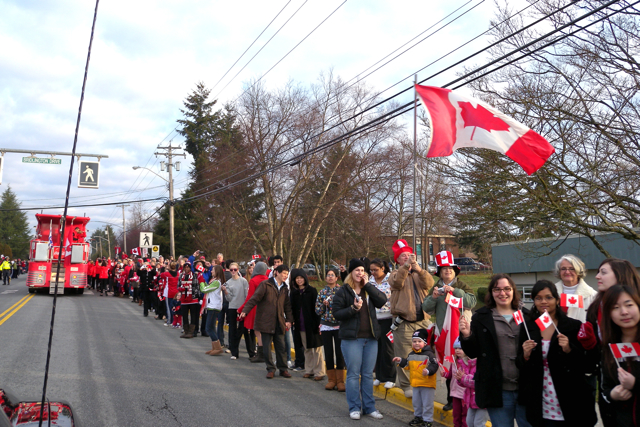 Torchbearers hit the ground greeted by friends, family and fans at the side of the road. There were smiles, bear-hugs, and even a few tears. 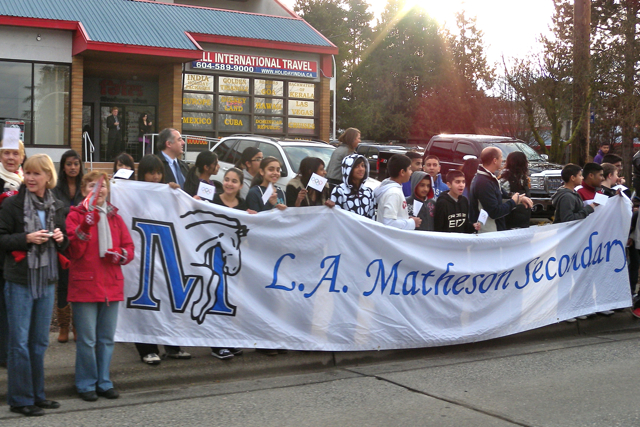 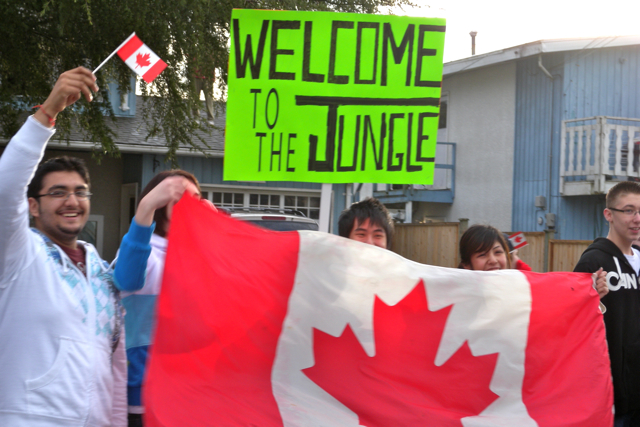 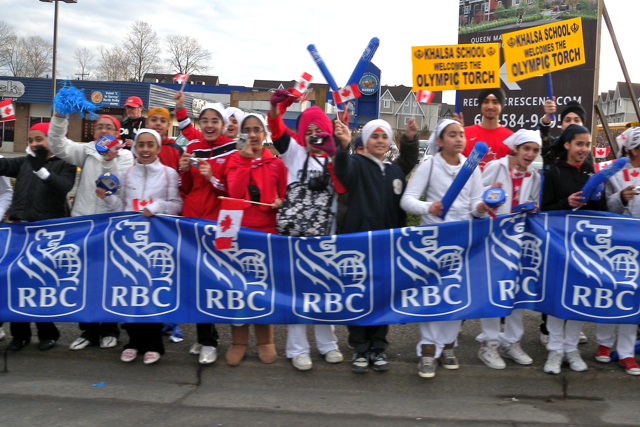 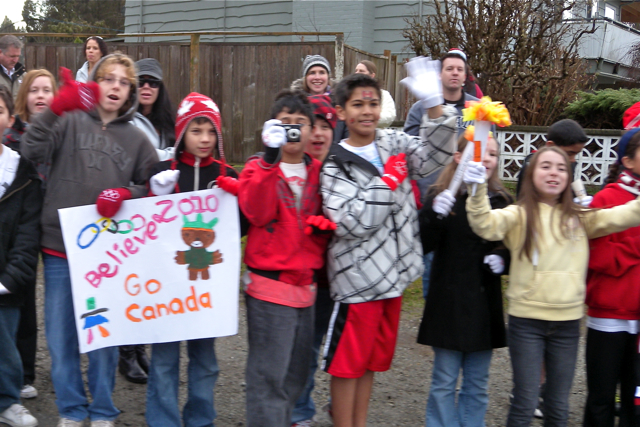 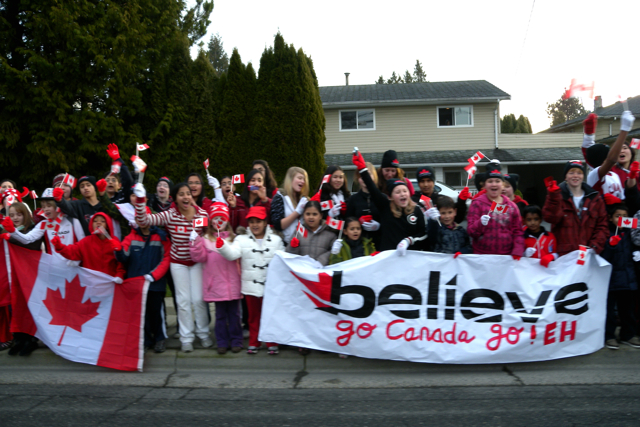 Riding along the relay this morning in my hometown (and right past my grandmother’s house) I could barely hold back tears of pride. Here I was, just a passenger in a support vehicle yet I got to be a part of something so amazing. So many people in my hometown came together, bursting with cheer, pride, and spirit all truly hoping and believing that Canada will shine in 2010.

I originally wrote this for BC Living Magazine.

Share29
Tweet2
Share
Pin
Email
Reddit
WhatsApp
31 Shares
Current Contests on Miss604
*All contests are open to residents of Canada only, unless otherwise stated. Contest timelines are published on each individual post along with entry methods. Some contests may only be open to those 19 years of age and older. Winners are announced on the contest blog posts. Contest policy »
Comments are closed on this post
Advertisement