On April 6, 1886 Vancouver was incorporated. Historian Chuck Davis writes: “The ceremony was delayed when it was discovered no one had thought to bring paper on which to write down the details. Someone had to run down the street to the stationery store! The ceremony was held in Jonathan Miller’s house. The population of the city was about 1,000.”

Photos of Vancouver in 1886

From the momentous occasion on April 6th, to the Great Fire on June 13th, and beyond, thanks to the City of Vancouver Archives we can take a peek at our town back then. For more dates of note in 1886, I reference Davis’s History of Metropolitan Vancouver: 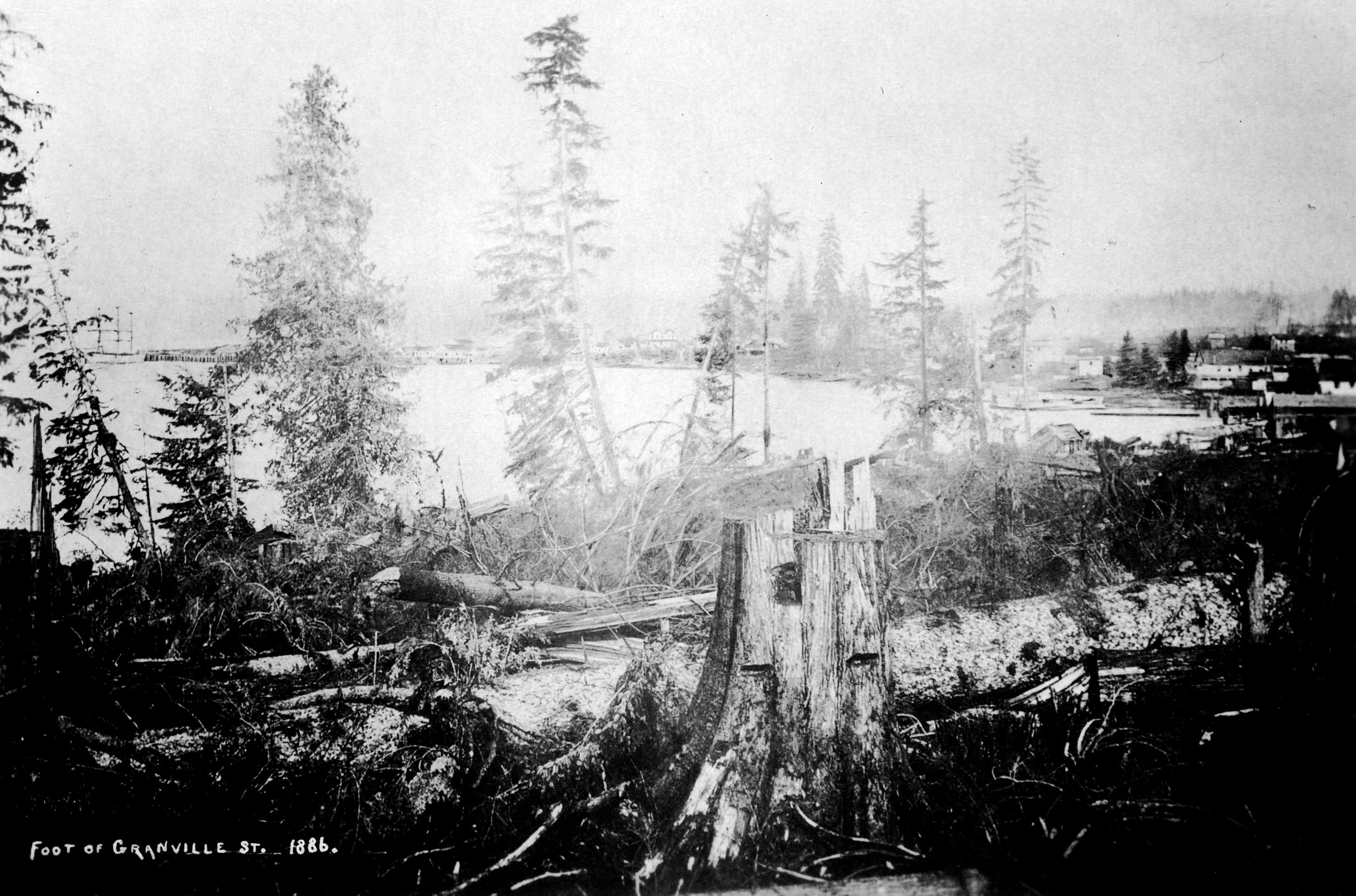 May 15, 1886 Lauchlan Hamilton began to survey what would become Granville Street. (Hamilton named the street for the Colonial Secretary of the time.)

June 13, 1886 A furious, swift fire destroyed Vancouver in a time variously reported between twenty and forty-five minutes, when flames from a brush-clearing fire blew into tinder-dry brush to the west of the city. At least eight people died, and some accounts claim 28. About 1,000 wooden buildings—virtually the entire city—were totally consumed.

July 13, 1886 Vancouver city council passed by-law No. 258 to regulate the use of bicycles, which must henceforth not exceed 8 mph. 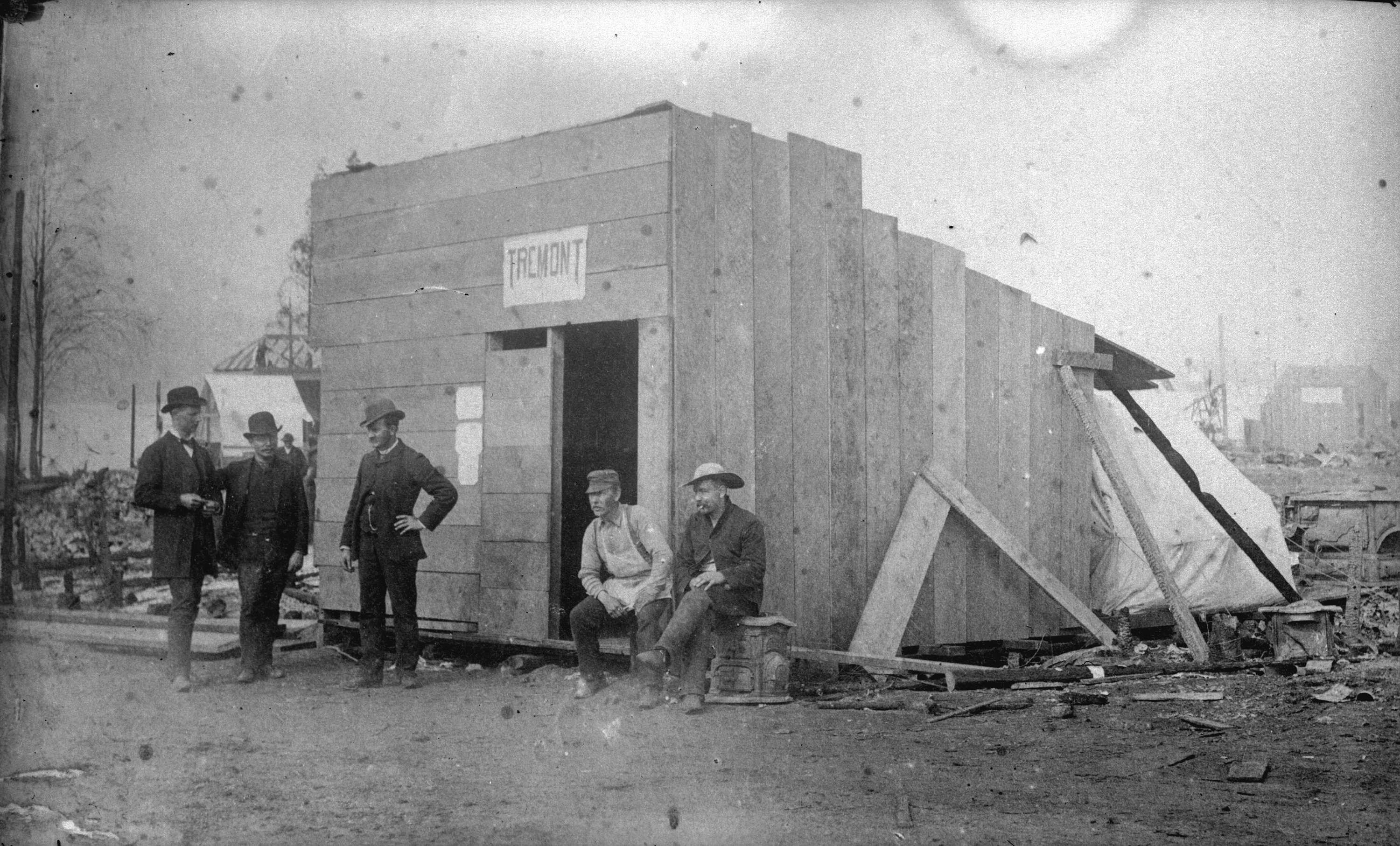 July 26, 1886 The first inward cargo to the port of Vancouver arrived: tea from China.

October 1886 The city council of newly-born Vancouver (a name chosen by CPR president Van Horne) induced the CPR to build shops, stores and other terminal facilities on the north shore of False Creek for which the railway received 20 years of freedom from city taxes on the property. The result was the English Bay Branch and Drake Street yard. 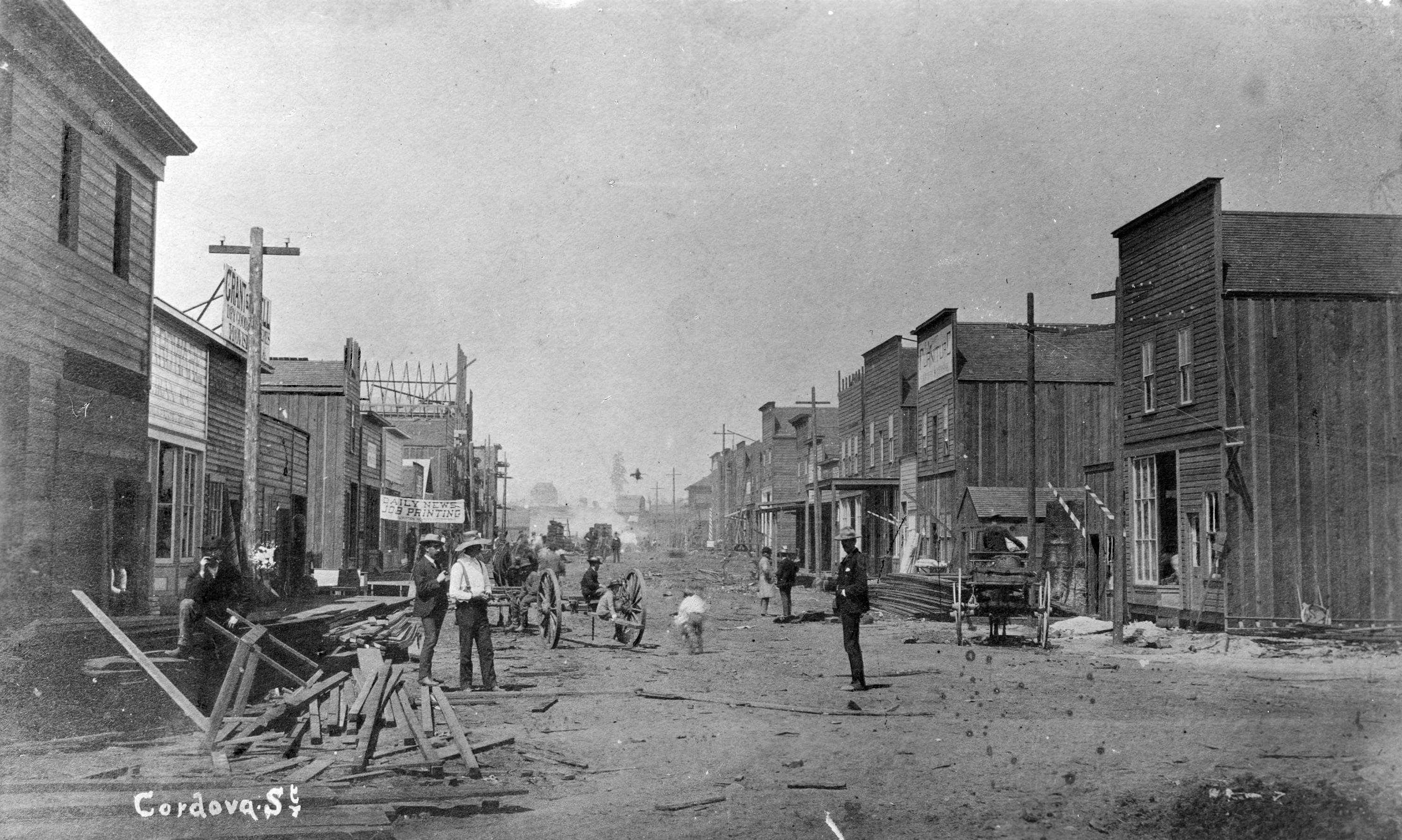 Also in 1886 The Oppenheimer family (food wholesaling) built a warehouse that today is home to The Warehouse Studio. It is the oldest brick building in the city.

Also on Miss604.com
« Agriculture in the Classroom at Home
Bard on the Beach is Cancelled for 2020, Will Present Program in 2021 »