This morning Prime Minister Justin Trudeau announced that the Canada- U.S. border will close to all non-essential travel due to the COVID-19 epidemic [source]. The 49th parallel is the longest undefended border in the world, and a friendly local park is our busiest crossing on its westernmost point. Here’s a bit of history about the Canadian American border at Peace Arch Park. 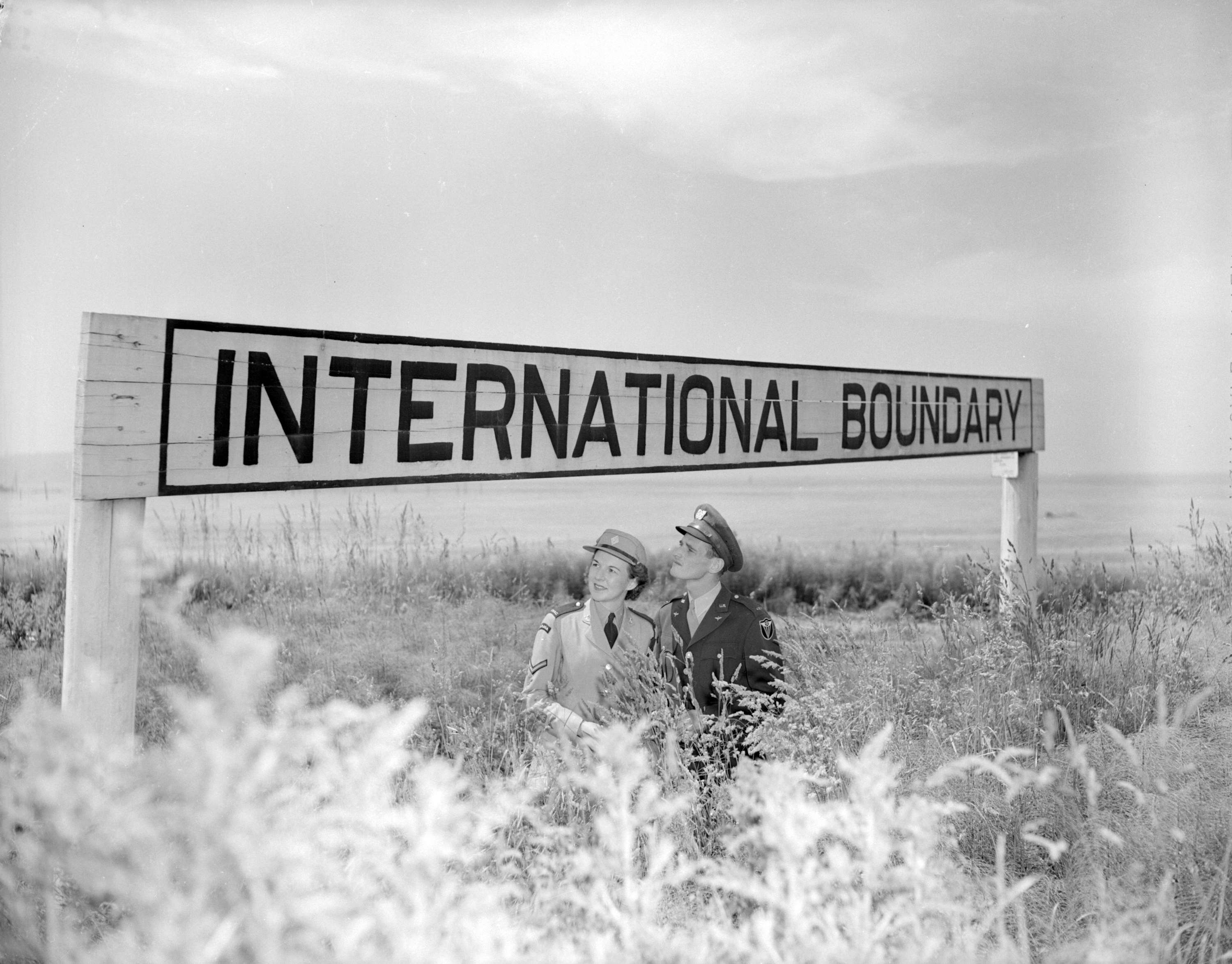 “The Arch was constructed to commemorate the centennial (1814-1914) of the signing of the Treaty of Ghent on December 24, 1814. The Treaty of Ghent ended the war of 1812 between the United States and Great Britain, a conflict that was waged in North America and involved Canadians, as well as Americans and British.” [source]

The building of the Peace Arch began in 1919 with land clearing. It was dedicated in 1921. Vancouver historian Chuck History wrote in his book: 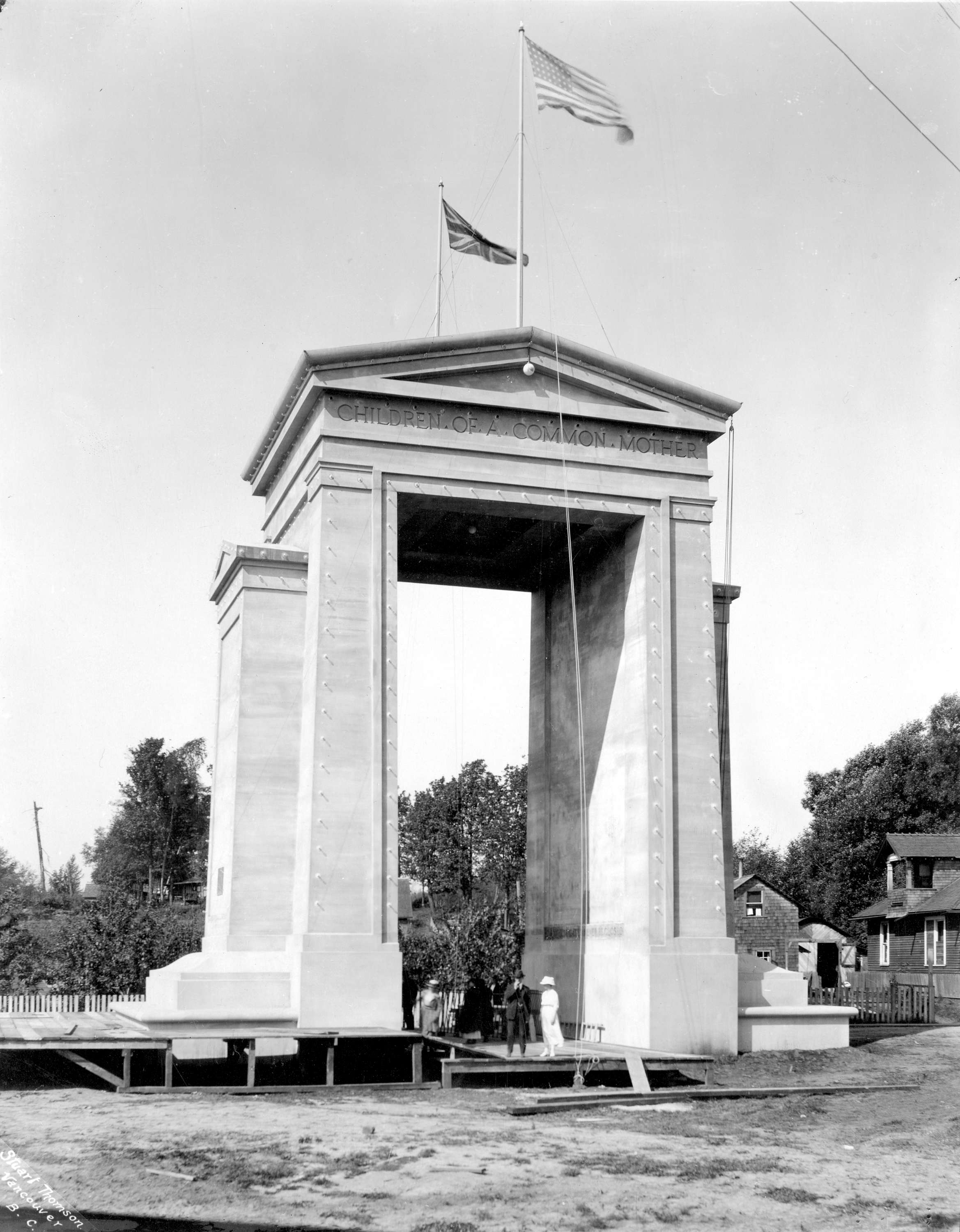 “We can thank a former Victoria mayor and an American railroad man for the International Peace Arch that straddles the Canada-US border at the Douglas crossing. Alfred Todd had been mayor of Victoria from 1917 to 1920, and in that latter year he and his wife Ada went on a motoring trip down to Mexico. Roads were terrible, and Todd determined to work for better ones. Enter Sam Hill, a Seattle philanthropist who had also decided that what America needed was paved roads. He joined forces with Todd, who was now president of the Pacific Highway Association, to promote construction of a paved highway from Vancouver to Tijuana, Mexico. It was Todd who suggested that at the point where that highway crossed the Canada/US border a monument to peace should be erected, a celebration of the century of peace between the two countries.” 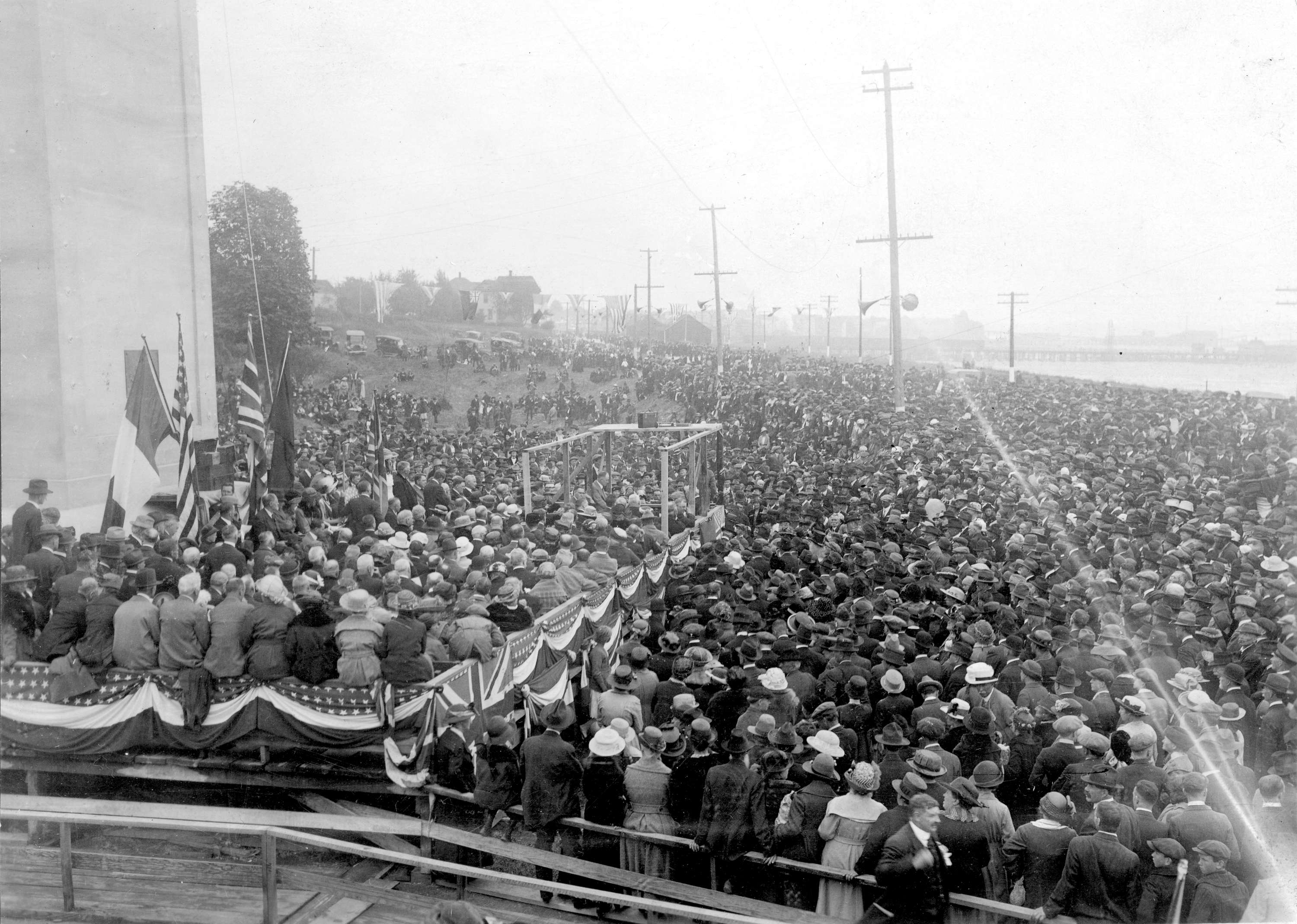 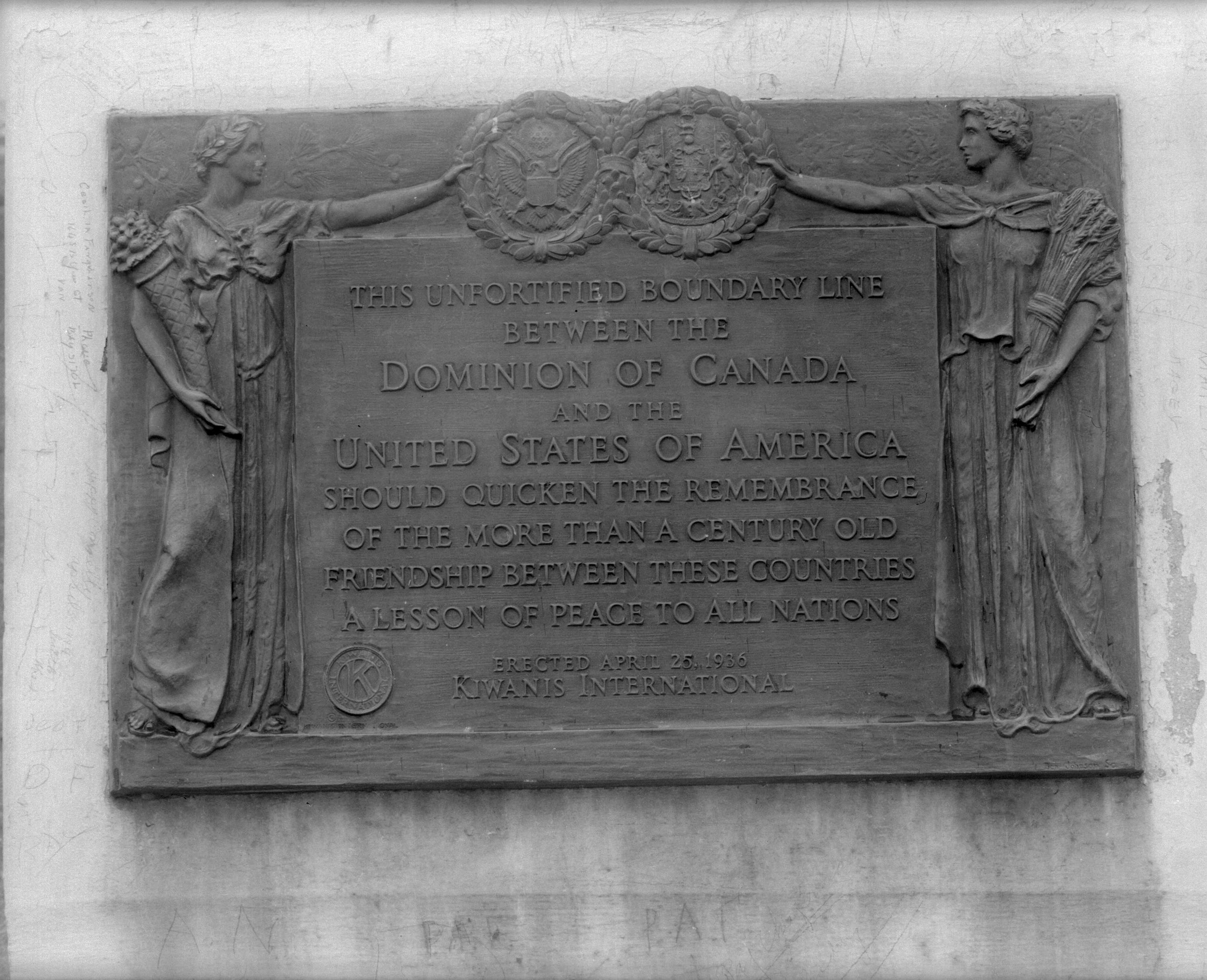 On the day of its dedication, BC’s premier John Oliver attended, coming from Victoria in a boat and anchoring at Blaine with nearly 400 other people. Victoria’s 72nd Seaforth Highlanders band played the US national anthem and the Bellingham Elks band played God Save the King. [Source] 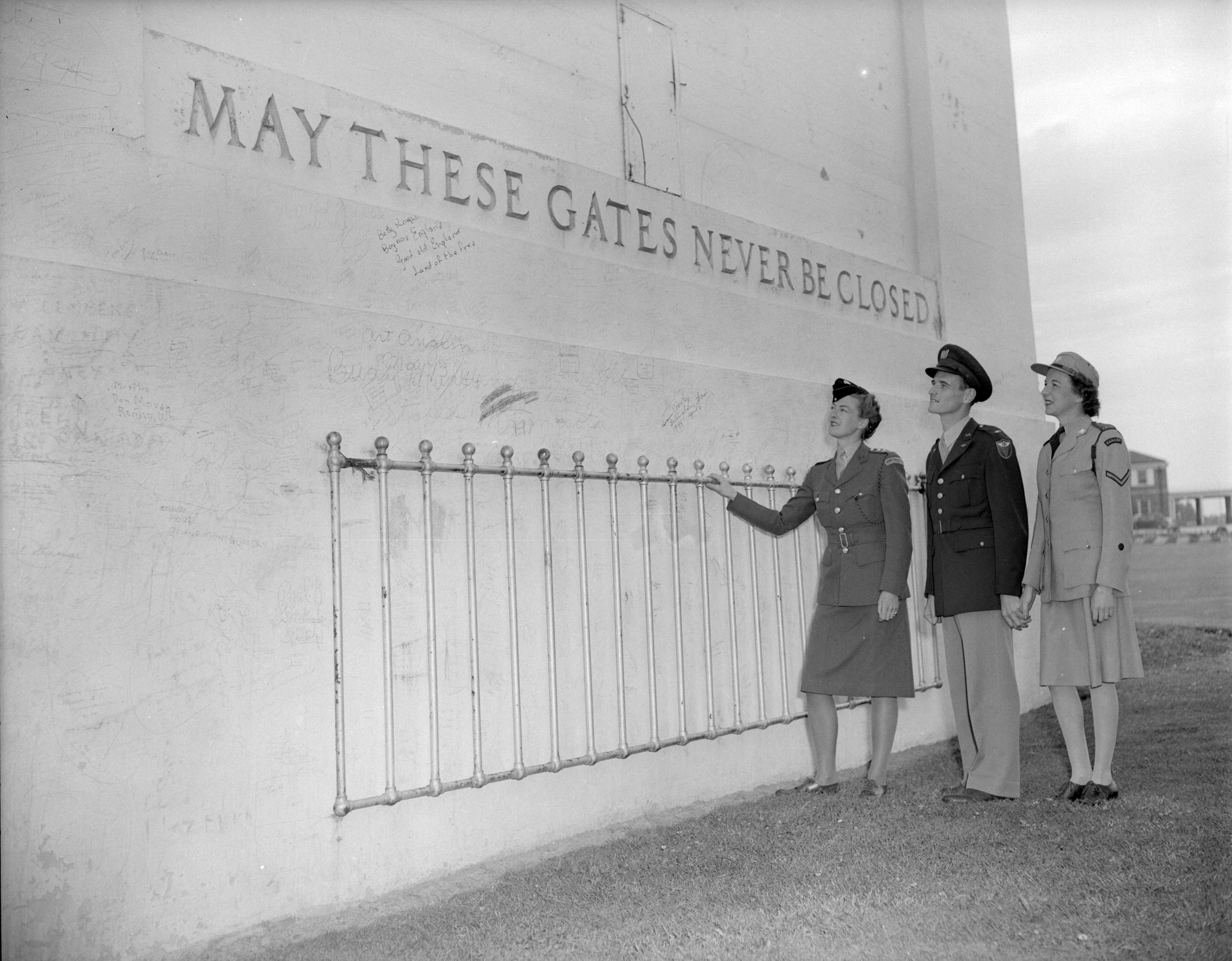 Peace Arch Park straddles the 49th parallel and was officially dedicated as a Provincial Park in 1939, thanks to fundraising efforts by local school children which helped purchase the land. There are 9 hectares on the Canadian side with picnic facilities and gardens. 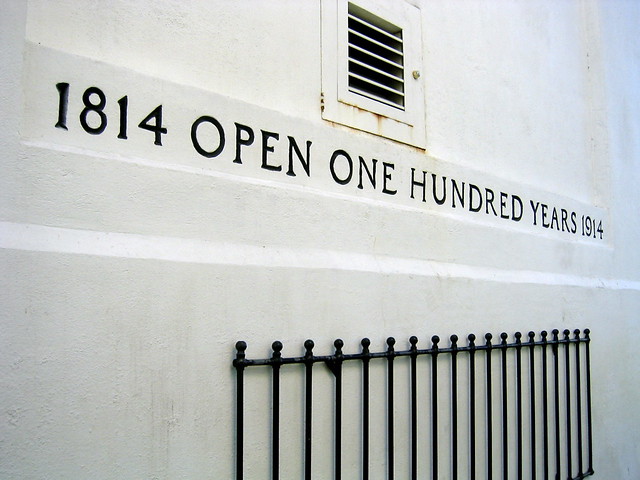 That highway that Todd and Hill wanted was opened as the Peace Arch Highway, and was renamed the King George VI Highway, Highway 99/Vancouver Blaine Highway and is King George Boulevard through Downtown Surrey.

Share57
Tweet7
Share
Pin1
Email
Reddit
WhatsApp
65 Shares
Current Contests on Miss604
*All contests are open to residents of Canada only, unless otherwise stated. Contest timelines are published on each individual post along with entry methods. Some contests may only be open to those 19 years of age and older. Winners are announced on the contest blog posts. Contest policy »
Comments are closed on this post
Advertisement

Also on Miss604.com
« Outbreaks in Vancouver History
Explore From Home with the North Shore Culture Compass »