With Canada Day and Canada 150 celebrations on the horizon, look for My Canada, My Inspiration coins in your own pocket change, as the entire series is now in circulation. Additionally, Vancouverites have the chance to exchange their old toonies coins for a sparkling new 2017 MCMI edition at a free upcoming coin exchange. 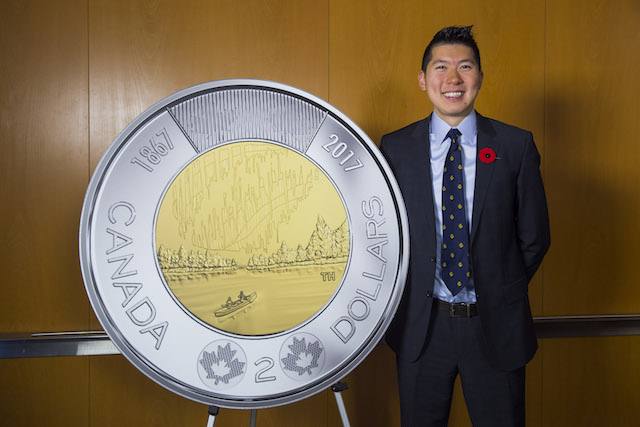 One Richmond man, Dr. Timonthy Hsia, was among the five winners of the Royal Canadian Mint’s My Canada, My Inspiration coin design contest. His winning design is seen on the 2017 2-dollar coin that is brought to life as the world’s first glow-in-the-dark circulation coin.

Hsia’s inspiration for the coin, Dance of the Spirits, stems from how the “Cree people attribute the northern lights to the special moment when the spirits manifest themselves, dancing, to the human eyes and minds below.” A magical moment, for sure. “The northern lights are a true Canadian wonder,” he says, “one that all Canadians from sea to sea can appreciate and call their own. To me, this radiant light display embodies Canada’s unity and beauty.” 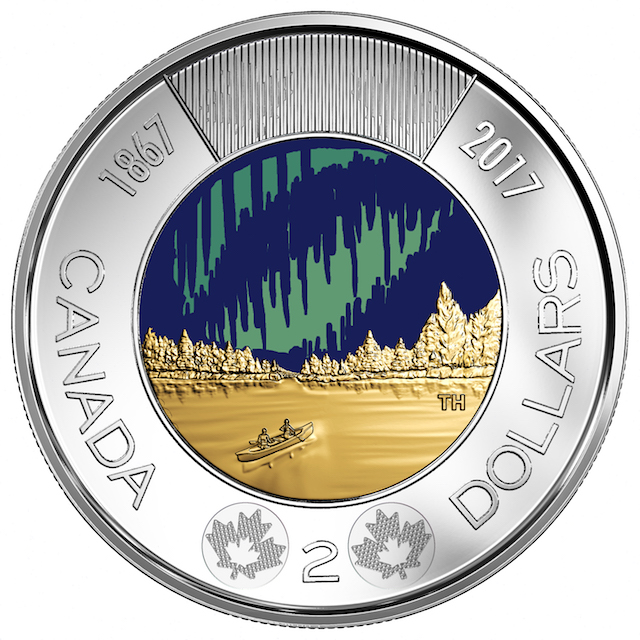 As you may gather, Timothy’s design features the iconic Northern Lights and – making it even more quintessentially Canadian – two people in a canoe behold its wonder.

This special toonie is a part of the 2017 My Canada, My Inspiration coin series, which got its start in 2015 when everyday Canadians were invited to submit new Canada 150 coin designs. After narrowing down thousands of entries from every province and territory, 25 finalists were selected. An elite group of Canadian celebrities painstakingly evaluated the finalists and Canadians cast over one million votes to select the ultimate winners.

The entire collection is now in circulation, so check your change before you spend it as you just might find one of these wonders! If you don’t want to miss out on holding a piece of Canada 150, you can order them directly online.

Vancouverites also have the opportunity to exchange their old $2 coins for a sparkling new Dance of the Spirits edition at two upcoming, free coin exchanges:

Other My Canada, My Inspiration Winners

Also on Miss604.com
« Grouse Mountain Canada Day
Arts on the Fly in Horsefly »