Pirate Pak Day at White Spot is coming up this month as BC enjoys its favourite burger meal that supports an amazing local cause. Adults throughout the province can feel like a kid again when they enjoy an Adult Pirate Pak to support White Spot’s seventh annual charity initiative.

For each Pirate Pak sold on Pirate Pak Day, White Spot will donate $2.00 to Zajac Ranch for Children, an established BC charity that provides a once-in-a-lifetime summer camp experience to kids and young adults with life-threatening illnesses and chronic disabilities. 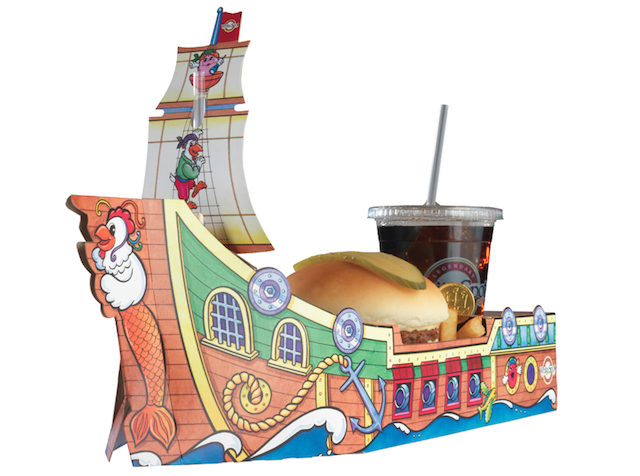 White Spot will be sending kids to Zajac Ranch for “White Spot Week” from August 15th to 19th. The kids will participate in a variety of activities such as horseback riding, kayaking, water sports and arts and crafts – an opportunity that wouldn’t otherwise be possible.

Each mouth-watering choice is served in a fun cardboard boat, and comes complete with fresh-cut “endless” fries, creamy coleslaw, a soft drink, a scoop of premium rich ice cream and a chocolate “gold” coin.

With the option of substituting salad, juice, feature sundaes and shakes for the standard favourites, there are more than 675 different Kids Pirate Pak combinations, including vegetarian options.

The most popular Pirate Pak item is the Pirate Pak Hamburger made with 100% fresh Canadian beef and White Spot’s famous Triple “O” sauce. Coming in a close second is our Pirate Pak with Macaroni & Cheese.

For the first time this year, select entrees have also been added to the menu and will also generate a toonie for Zajac ranch. This means now there are even more ways to donate.

The Pirate Pak is a legendary favourite that has been enjoyed by millions since 1968. Pirate Pak was first created by Nat Bailey in 1968 to provide an exclusive dining experience for kids age 10 and under. This year the Pirate Pak celebrates its 49th birthday. To date, White Spot has raised a total of more than $450,000 for Zajac Ranch for Children and sent more than 300 kids to camp!

White Spot is offering up a $50 gift card to a Miss604 reader. Here’s how you can enter to win:

Update The winner is Samantha!