The most frequent photos I see that have been taken at Porteau Cove include the Milky Way and the Northern Lights, which says something about this Provincial Park, located along the Sea to Sky Highway.

When “Porteau” (porte d’eau) is translated from French into English it means “Water’s Gate”. This name dates from 1908 when John F. Deeks began mining the extensive sand and gravel deposits here to supply Vancouver. A small community of employees lived here until the beginning of the Depression, enjoying good housing, a schoolhouse, tennis courts, and daily ferry service from the Union Steamship Company. These ferries, Lady Cynthia and Lady Cecilia, operated between Vancouver and Squamish until the railway (then the Pacific Great Eastern) was extended from Squamish into North Vancouver. [BC Parks]

Situated on the most southern fjord in North America, it’s a gorgeous area that’s close enough to the city to make it a lovely afternoon excursion, yet far enough away to provide a brilliant canvas for the stars at night. On the waters of Howe Sound, it’s a popular SCUBA diving location, camp spot, picnic area, and base for night time photography. 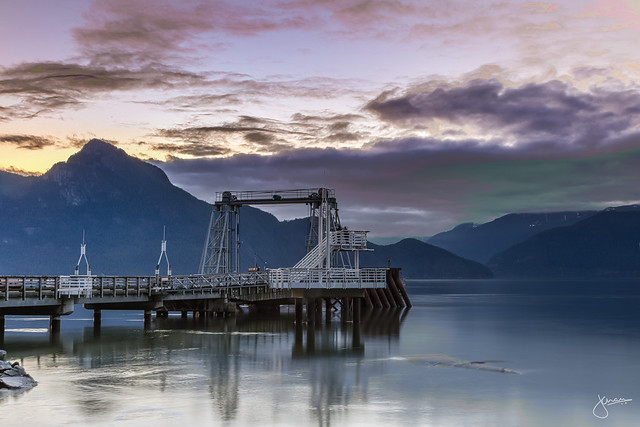 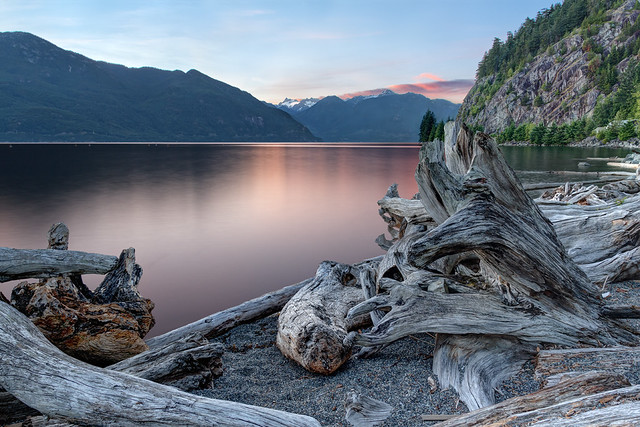 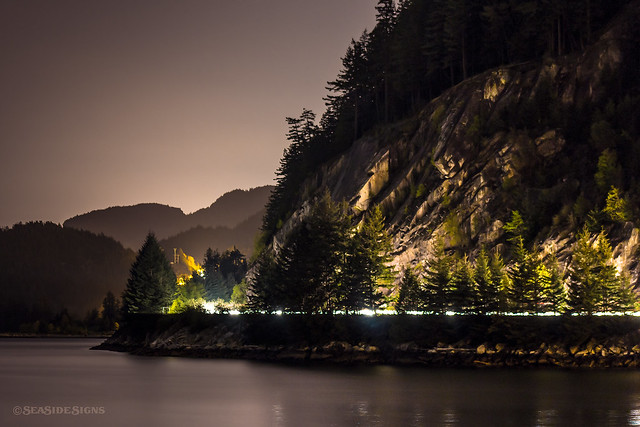 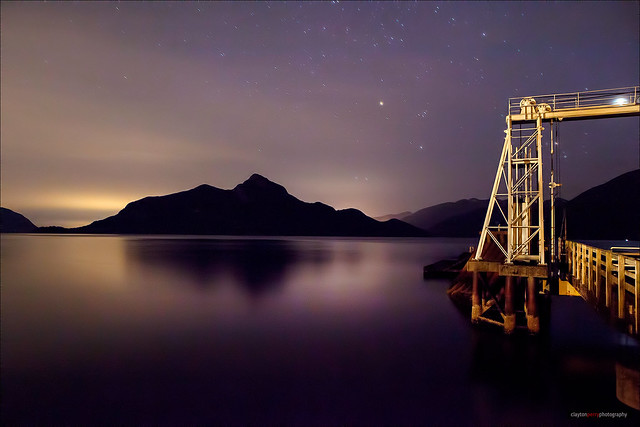 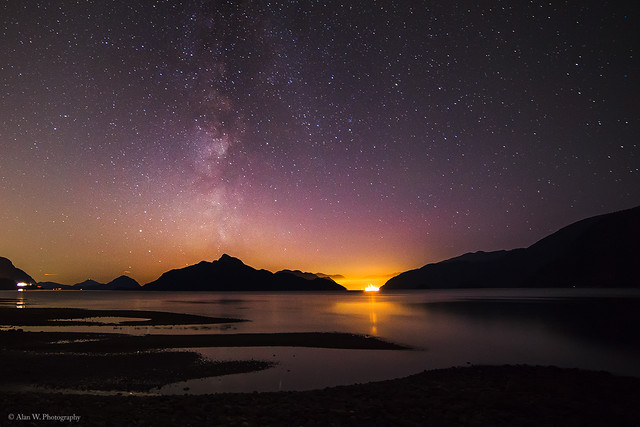 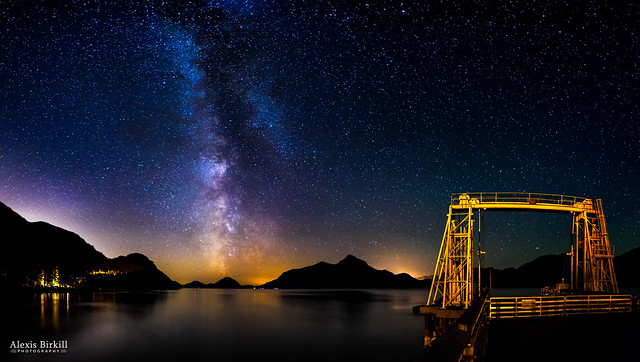 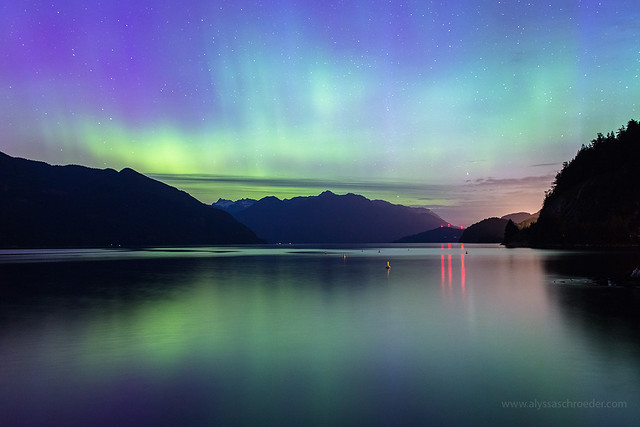 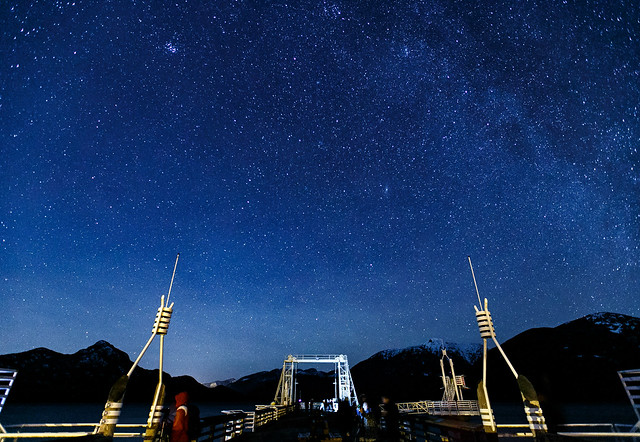 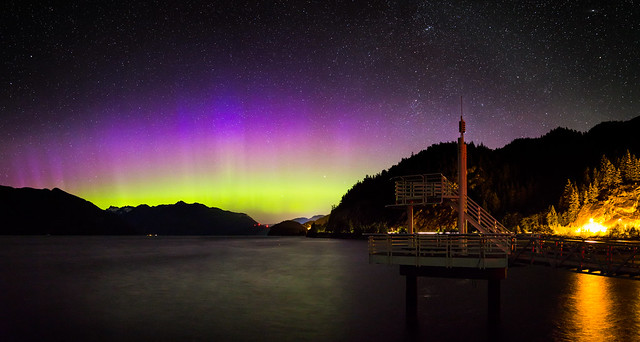 Also on Miss604.com
« Photos of The Lions from Vancouver
Win a Phantom of the Opera Date Night »