The Fair at the PNE returns for the season from August 22nd to September 7th and Vancity Savings Credit Union is proud to sponsor the annual Vancity Member Day on September 3rd. Vancity members and a guest can enjoy a fun-filled day at the Fair for only $5 each. 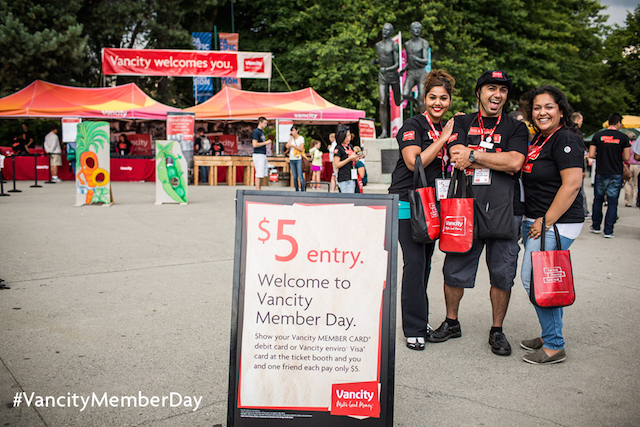 To receive the discounted admission, present your Vancity MEMBER CARD® debit card or Vancity enviro™ Visa, (or another form of membership verification), at any Fair at the PNE ticket booth on Thursday, September 3, 2015. Gates open at 11:00am.

On top of saving $11 off adult admission to the Fair, Vancity members – and other fairgoers – can all stop by the Vancity Eco Zone to find out how Vancity is supporting the PNE on their journey of going green. Get fun facts and helpful tips on how you can go green at home through our fun and interactive activities.

Vancity’s Eco Alley will be a fun, informative and interactive area where PNE guests can learn about current PNE green initiatives, share ideas about further reducing the environmental impact of the PNE and find out new ways to be greener in their day-to-day lives. Vancity Brand Ambassadors will be onsite during The Fair to share the PNE’s journey to sustainability at the Vancity Eco Zone near the Livestock Barns on Saturday, August 28 through to Monday, September 7, 2015.

How can you be more green at the PNE? Ride your bike to the fair! There will be a complimentary Vancity-supported bicycle valet service. The bike valet stations are set up inside Gate 1.

In support of Vancity Member Day, I have a prize pack to give away that includes: A gift basket and $100 gift card to Sidesaddle Bike Shop, $50 in Vancity food cart vouchers, $60 in Vancity farmers’ market vouchers, and a pair of PNE Fair and Playland passes. The grand prize value is over $400! 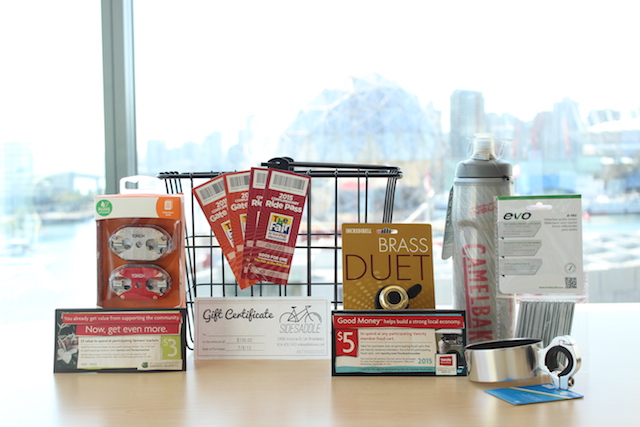 Gates open at 11:00am on PNE Vancity Member Day. Follow the event on Facebook, and on Twitter using the tag #VancityMemberDay for more information. Check out the full PNE Concert Lineup for nightly entertainment at The Fair as well.

Update The winner is Taryn!

Also on Miss604.com
« Vote for Salt Spring Island’s Portlock Park in the Kraft Project Play Contest
Where to Rent a Kayak in Vancouver »