The 27th annual Vancouver Queer Film Festival is coming up August 13th-23rd at the Vancouver Playhouse, Cineplex Odeon International Village and SFU Woodwards. Celebrating the best in independent queer cinema, this is the largest queer arts event in Western Canada and the second-largest film festival in Vancouver.

Over 80 films will be showcased from 20 countries, with themes ranging from transgender trailblazers to spectacular queer con artists. The festival also includes a variety of performances, panels and workshops. 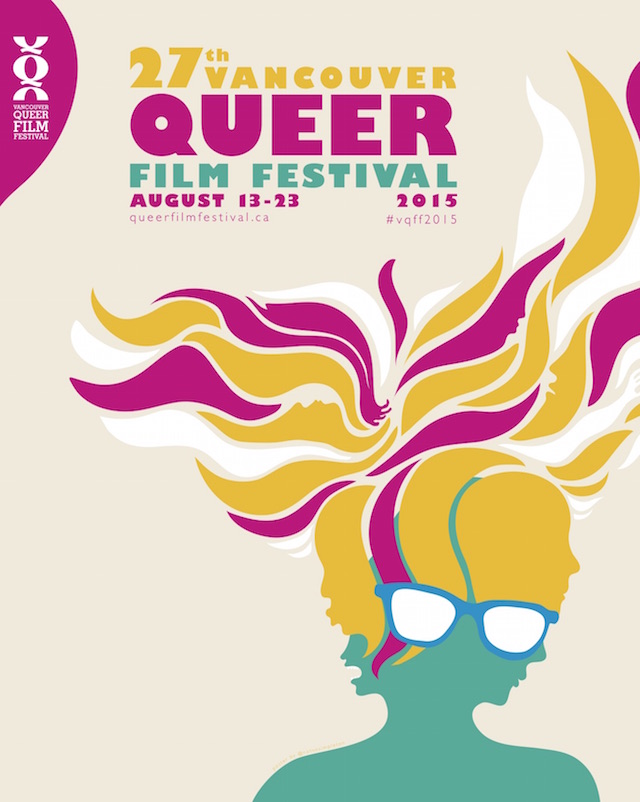 This year’s festival celebrates a resounding collection of home-brewed queer films from the local, edgy documentary Bearded Ladies: The Photography of Rosamond Norbury by Sharon McGowan (Better Than Chocolate), to All Yours, which tackles the realities of the gay-for-pay industry, emotional labour and loneliness, and the bilingual drama What We Have (Ce qu’on a) to Portrait of a Serial Monogamist, a Torontonian queer coming-of-middle-age film that ignites laughter and tears with the most affecting lesbian cat funeral. Also featured at the festival is a tailor-made archival program, Still Not Over It: 70 Years of Queer Canadian Film, and the arrival of a signature new comedic talent in the film Guidance.

In conjunction with Out in Schools, this year’s festival invites youth to indulge in a summer of cinema. Reflecting on global queer youth culture and LGBTQ community activism, this brave and deep collection of films reflects the path already travelled and inspires hope for the journey ahead. From the Youth Shorts Program Bright Eyes, Queer Hearts to the queerlands of Brooklyn with Naz & Maalik to the sacrifices people make for love in Those People and How to Win at Checkers (Every Time), this year’s lineup is a spectacular summer treat.

Adding some spice to the Vancouver Queer Film Festival and proving once again that some of the best queer cinema comes from Latin America, selections from Mexico, Chile, Venezuela and Brazil bring together common themes of birth family and chosen family blended with a wryly-humourous approach to assessing one’s place in the world. Find the full schedule online and you can also download the PDF program guide.

I have 6 film tickets to give away (to your choice of VQFF film) as well as a pair of tickets to the festival’s opening gala party on August 13th! Here’s how you can enter to win:

Update The winner is Brenda!