The Vancouver LEGO Games were first hosted back in April with 140 participants of all ages participating in a LEGO-building challenge. Members of the Vancouver LEGO Club brought in some amazing showpieces and funds were raised for Canuck Place. This season the event returns as The Brick Games which will take place in Langley.

On Saturday, October 26, 2013 LEGO enthusiasts are invited to this family-friendly challenge at the Langley Events Centre. This (big) new venue will host the LEGO competition, exhibitors, entertainment, and more. Funds will be raised for the LEGO Foundation and the Love Global Foundation. As a competitor, you can sign up in two different categories. The first is “Ready. Set. Build!” where you will race to build unique model that demonstrates a theme within 60 minutes. The second is “My Own Creation” where competitors are asked to bring a unique creation (no exact sets) to showcase their unique LEGO building skills.

You can also stop by to check out the action as a spectator, without competing in any challenges, between 10:00am and 5:00pm on Saturday, October 26, 2013. Information about each of the challenges (for ages 5 and up) is available on The Brick Games website along with online registration and ticket sales. 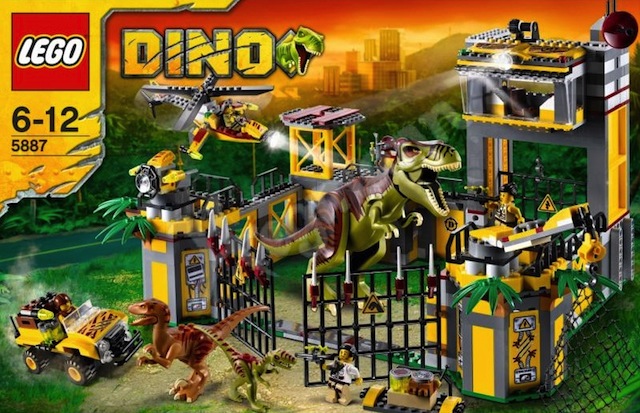 Enter to win this Dino HQ 5887 set that includes four minifigures, three dinosaurs, a T-Rex, a Raptor, and a Coelophysis along with two vehicles, a helicopter and a rover, and a large base.

To help promote The Brick Games I have a Dino HQ 5887 LEGO set to give away along with two spectator tickets. Here’s how you can enter to win:

RT to enter to win tickets to The Brick Games @vanlegogames and a LEGO set from @miss604 http://ow.ly/oVjmZ

This contest is not sponsored by nor is it in partnership with LEGO. The prize sponsor is The Brick Games.

Update The winner is Katie!