We’re smack dab in the middle of Bike to Work Week and coming up in a few days the cycling fun continues with Velopalooza.

From June 4th until June 13th Velopalooza will offer 10 days of “bikey fun” including 64 events (most free) that are organized by individuals and bike riders of all levels across Metro Vancouver.

The official kickoff party is June 4th at WISE Hall on Adanac Street and other events include the Yelp Seaside Brunch Ride, the MEC Bike Fest Ride, a Midnight Mass Bike Ride, a Bridgeview Bike Ride in Surrey, and the 80’s Bike Ride. Some of the ride take you to some amazing communities while others will dazzle you with tasty treats along the way — from fish & chips to gelato.

There is a full calendar of rides and events listed on the Velopalooza website.

The makers of AXE have offered up a special contest for my reader surrounding their Power Anthem campaign. The idea is that no matter what kind of mess you get into or what goes down, AXE can fix you up. The focus is on the replenishment and revival of hitting the shower first thing in the morning to start your day with a nice clean slate — regardless of what may have unraveled the night before. In life everyone has their rough patches or just those conversations, actions, or nights of partying they’d like to forget. It’s Eric Qualman’s social media revolution video that states “Whatever happens in Vegas stay on YouTube… Flickr… Facebook…” Thing is, these experiences help us grow. They might have knocked us down but that just gives us the chance to get back up and start fresh and be all the wiser.

In order to share experiences (and clean up a little bit) AXE is offering a range of products (shower gel, body spray) to one of my readers through a contest as well as a Flip MinoHD video camera. This way the winner can record and share their experiences with the cam — expressing who they are, sharing their experiences, and even using that delete button if need be. To enter to win the AXE gift pack, including the Flip MinoHD video camera and AXE products, leave a comment below with your own Power Anthem. This can be a turning point in your life (good or bad) that was either just an amazing event to remember or something that really helped shape you as a person. I’ll even accept a mantra or personal motto that keeps you going.

Please use 100 words or less and I’ll draw a winner from the entries on Monday, June 7th.

Update I just drew the winner and it’s Katherine – thank you to everyone for sharing.

Disclosure: I am not paid to publish or endorse contests. I did receive a Flip MinoHD to keep. Estimated prize value $175 in total.

Vancouver’s Chinatown is looking for a mascot and needs your help to decide on the final character.

Given the success of Miga, Sumi and Quatchi during the 2010 Olympics it kind of gives the impression that Vancouver is a mascot kind town. The two finalists, who will rely on a public vote in order to get instated as the official mascot of Chinatown, are Punkie and Muse. 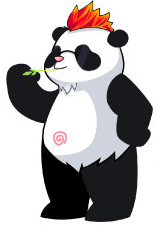 Punkie
Punkie was meant to be the 13th Zodiac animal, but because he was born with a noticeable punk-mohawk hair, he didn’t make the Zodiac ‘cut’ and was seen as an outcast. In search of a new home, Punkie discovered Vancouver at around the time the Chinese began to settle in as immigrants and labourers. He easily found refuge with the Chinese and called the soon-to-be Vancouver Chinatown his new home. Punkie likes to promote individuality through diversity; he understands what it means to be different, and easily makes friends from all facets of Chinatown. Punkie’s Motto: “It’s OK to be different!” 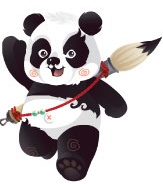 Muse
With his trusty brush, Muse is a mythical creature and a good luck charm. As a “good luck muse,” Muse used its abilities to charm early Chinatown to garner natural success and good fortune, resulting in the Chinatown we see today. Because of his luck, when he trips and falls he brushes it off knowing that good luck will soon come. Muse is optimistic and mischievous, and his cheerful attitude can charm anyone. He represents the future of Chinatown as a “good luck muse” encouraging good fortune in businesses and inspiring a younger generation of Chinatown inhabitants. Muse’s Motto: “Keep on moving forward and working hard â€“ good things will happen.”

You can cast your vote now until June 30th.

Update August 3, 2010 The mascot has been revealed and it’s…. MUSE! Muse will make his first appearance at the Chinatown Festival August 14th & 15th. It’s at that time that the public can also vote on a proper name for “Muse”.