Earlier this month I previewed a few upcoming events that all ages can enjoy for free throughout the city this summer. I’m excited to add to the list Carousel Theatre’s presentation of Macbeth, which will run on the Performance Works Outdoor Stage on Granville Island form July 31st until August 15th.

A haunting tragedy of vaulting ambition in the castles of Scotland â€“a murdered king, evil witches, and a Scottish lordâ€™s bloody rise to power.

The show is entirely free of charge and to make it even more interesting, it is being presented by the Teen Shakespeare Program, starring 13-17 year olds from around the Lower Mainland. The Gothic retelling of Macbeth will be the culmination the teens’ intense 6-week program with the Carousel Theatre, which is now in its 19th year.

They will also be hosting a silent auction in order to raise funds to keep this inspirational and creative program going in the future.

Bring a blanket (and some warm clothes for the cool summer nights) to the Performance Works Outdoor Stage (Ron Basford Park) at 1218 Cartwright Street, on Granville Island to enjoy this free event until August 15th.

John and I love feeding our brains, even when it comes to entertainment and movies. Even last year at the film festival I realized that almost every movie on my “must see” list was a documentary (including Rip: A Remix Manifesto and Addicted to Plastic). This is why I’m pretty excited about the Canadian film Waterlife, which is coming to the big screen at the end of the week.

Kevin McMahonâ€™s Waterlife â€“ which won the Special Jury Prize for Canadian Feature at the 2009 Hot Docs â€“ is a fascinating documentary that tells the story of the Great Lakes. Providing Earth with 20 per cent of its surface fresh water and possessing natural beauty, the lakes are a precious resource under assault by pollutants, invasive species, evaporating water and profound apathy.

If you would like to see Waterlife it opens July 17th at Tinseltown and I have a pass* to give away to one reader (and a guest).

Update: Thanks for entering the contest, I have just drawn the winner and it looks like Rose will be going to see Waterlife. Congratulations!

After walking around Central Park this morning, I started thinking about Stanley Park back home and that it would be a great time to rustle up a quick history tidbits post.

Since I’m currently away on business I won’t have much time to post until tomorrow. However, this morning was just too good not to cover. The only thing better than taking a morning stroll down the bustling streets of Manhattan is doing so in the company of Michael DiLorenzo, the Director of Social Media Marketing & Strategy for the National Hockey League. Fun times are ahead for the rest of today and tonight, but I’ll see everyone back in Vancouver (if even just virtually) tomorrow evening.

The following has been contributed to the Park Series by Raul of hummingbird604.com

I had been wanting to go for a hike to Buntzen Lake for a long while, but for one reason or another, I hadn’t gotten a chance, so one of my recent Sunday evenings JT and I decided to go for a short hike and we settled on (finally!) the Buntzen Lake area. I noticed that Rebecca had recently visited Belcarra Regional Park and I wanted to contribute to her Park Series with a post about Buntzen Lake. 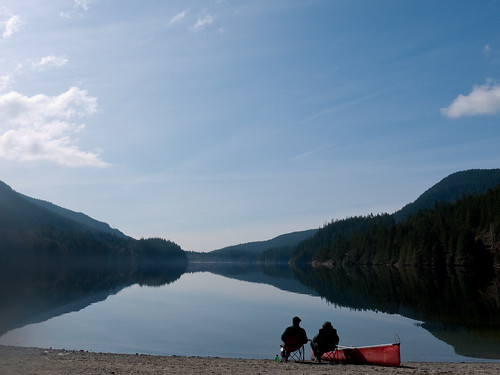 How to Get There You could drive all the way to Anmore/Belcarra but the sustainable mode of transportation would be taking Skytrain or the 160 Express to Coquitlam Centre Station and from there the community shuttle C26.

Metrics Buntzen Lake is a BC Hydro reservoir, located about 30 km from Vancouver, with an overall area of 182 hectares and a length of 4.8 km. HISTORY From the BC Hydro site:

Formerly known as Lake Beautiful, the lake is named after the first general manager of B.C. Electric Co., Johannes Buntzen. In 1903 the Buntzen hydroelectric project was put in service by the Vancouver Power Company to provide the first hydroelectric power to Vancouver. Previously, the city had to depend on a 1,500-kilowatt (kW) steam plant for its power supply. The project involved raising the level of the dam on Coquitlam Lake and excavating a 3.6 km tunnel to carry water from Coquitlam Lake to Buntzen Lake. The tunnel runs under Eagle Mountain, reaching a maximum depth of 1.2 km below the surface, and empties into the north end of Buntzen Lake.

Water from Buntzen Lake is used to feed the Burrard Generating Station. While one of the generating plants (Buntzen 2) is still in operation, and monitored from a facility in Burnaby, Buntzen 1 (built in 1903 and shut down in 1951) is no longer functioning. 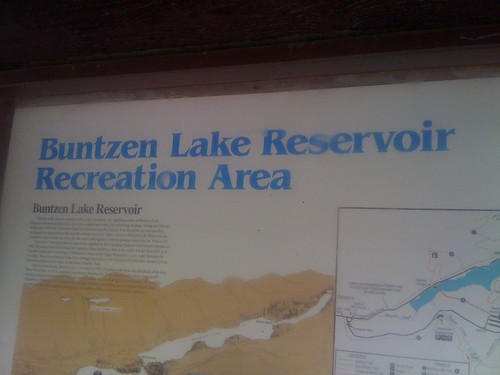 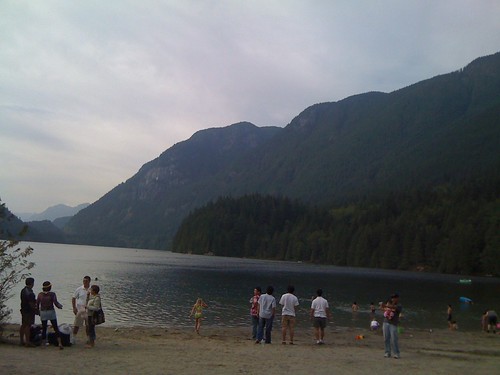 Notes Buntzen Lake has a variety of amenities and thus it is a popular site for beach-goers and hikers alike. Trails are clearly marked, and there is a short (Energy) trail that has a number of cute little displays that allow hikers to learn more about the area (similar to an interpretive display). There’s also a hollow tree but not as big as the one in Stanley Park.