In the morning I glanced at our itinerary and looked over at John: “Cafe, cafe, meadery, cidery, winery,” to which he replied: “It’s going to be a good day!” He sure was right as we were following in the footsteps of this #ExploreArrowLakes story from our friends at ZenSeekers. We departed Castlegar in the morning (see, I told you it was a great hub) and headed north. Following the Columbia River, the Kootenay River, then the Slocan River and eventually Slocan Lake and Upper Arrow Lake, we rolled around in the valleys flanked by the Selkirk, Monashee and Purcell mountain ranges. 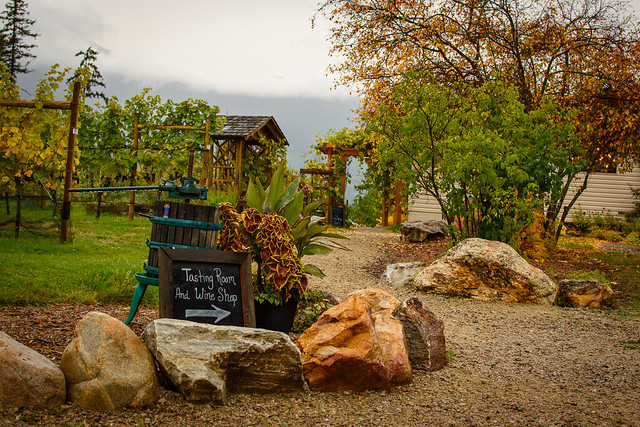 Read my coverage for ZenSeekers »

Good Eats in the Arrow Lakes and Slocan Valley Region

Location: 1418 BC-6, Crescent Valley, BC
What to order: All the baked goods! The coffee is amazing as well. Come for the food, stay for the artwork, the spacious patio, and lawn with play area for the kids.
What the founder says: “My husband and I bought this building in 2003 with the plans of opening just a little cafe,” says co-owner Laurel Giasson who says they’ve put on about five additions to the building. “It was built in 1896, it was actually the first or second home built out here in the Slocan Valley […] We spent two years restoring it, and had our son, and we opened the restaurant in 2005. Originally we were just a small cafe/bakery and over the years we’ve just added things to our menu.” They do a full breakfast and lunch until 3pm daily. “It’s just really a nice organic vibe. People let their kids play, they’ll put a blanket on the grass if there’s no tables, we just enjoy – we really love it!”

Location: 206 Lake Ave, Silverton, BC
What to order: Carrot cake. The internet told us it was the thing to eat here and the internet did not disappoint. I also loved the peanut butter bar and John wolfed down the spanakopita.
What the founder says: “I purchased it back in February, we were camping in the area and just fell in love. We’re from Edmonton and we were like: let’s do something crazy,” says owner Julie Sekulich. “We made it happen. Started YouTube-ing things learning how to bake and cook and everything.” On top of great food, Camp Cafe features crafts and artisanal wares from local artists. “There’s lots of great talent in the area so I wanted to find a way that I could support the local economy as well as our cafe, so I started reaching out to people on Instagram and asking if they would like a spot in my cafe to display their products and I made a lot of good partners.”

Location: 201 Upper Brouse Road, Nakusp, BC
What to order: We brought home a bottle of the Duke D’Orange, an orange cranberry metheglin
What the founder says: “It’s as much about being on site as it is about the mead,” and founder Daniel Abraham’s site is lovely. 20 acres of forest, gardens, and valley views. He’s ramping up production over the next year so look for some great things from Mithril. The name – fun fact – comes from Lord of the Rings and the history of the valley. You may have noticed that Camp Cafe was in Silverton, a nod to the mining of the mineral back in the day. Well, Mithril is a precious metal that is mined in Middle Earth. The meadery combines Abraham’s love of epic fantasy fiction and his passion for the place he calls home. 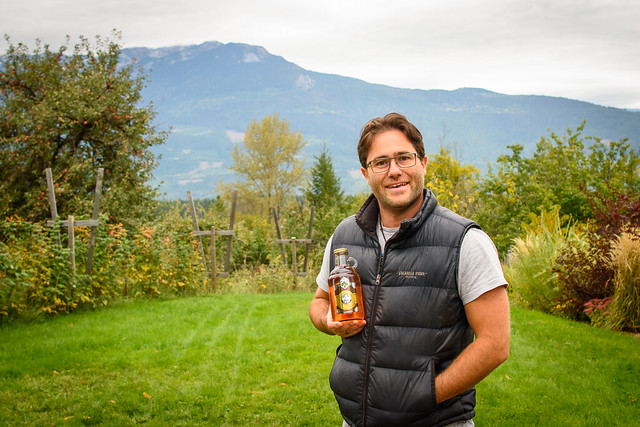 Location: 5470 BC-6, Burton, BC
What to order: Select four tasters for a flight, and I highly recommend the Classic to get a taste of what their estate-grown apples can do on their own, then a CiderMakers Special as well to see how they’re pushing the limits and playing with apple varieties.
What the founder says: “We’re from Calgary, my husband and I, and we have had a summer place here for thirty years,” says owner Barbara Ross. “Every summer we’d always say ‘Oh we love this valley, but there’s not much here.'” That’s when Barbara started making something happen. She said that every year they visited, they planted trees. Out here everything grows. But, when you plant apple trees, they actually produce a lot of apples,” she laughed. “And there was only so much apple sauce we could eat so we started making cider.” They’ve been open since 2016, after expanding their property and orchard. “It’s our retirement project, which has been a constant daily learning process. We’re not the kind of people who can sit back and do nothing, we’re really hands on. We’re probably working harder now than we did before, but we love it.”

Valley of the Springs Winery

Location: 890 Alexander Rd, Nakusp, BC
What to order: Definitely do a tasting, and get a feel for what this incredible emerging wine region is all about. Pair it with a charcuterie board out on the terrace or by the fire and enjoy the vineyard views.
What the founder says: The winery is located at the site of Jody and Brenda Scott’s family home, built in 1993. They planted vines in 2007 originally to add to an arbour and the general aesthetic of the property. When they decided to make wine with the abundance of grapes that was growing, they served it to their Bed & Breakfast guests and at family get togethers. Then, Jody took a viticulture class and it became, as Brenda says with a chuckle: “A little bit more than a hobby.” You can find their wines in regional liquor stores, at the Josie Hotel in Rossland, Halcyon Hot Springs in Nakusp, and online. Their 2021 ripened early due to the heat so it will be an interesting vintage to keep in mind, and taste! 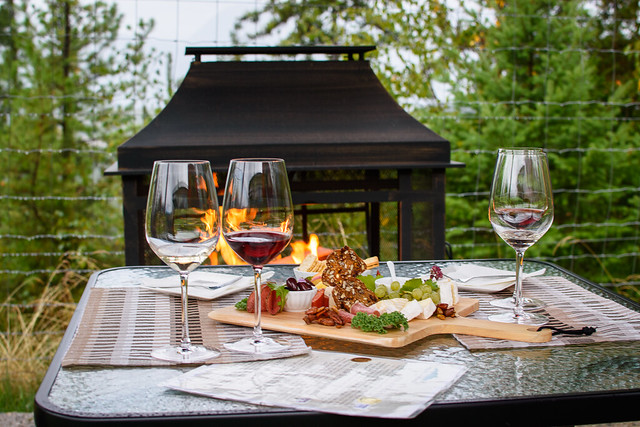 After a long, busy day of traversing the valley, surrounded by autumn colours and crisp mountain air, we retreated to Halcyon Hot Springs for the night in a cabin – and a soak in the natural mineral pools. Enjoy the views of the mountains, lakes and valley while the steam melts all the day’s stress away. Although I admit, this day was probably the least stressful I’ve had in a very long time, and you an probably see why.

Get more local tips and travel insights from ZenSeekers partners at Arrow Slocan tourism – they’re a wealth of information on all things #ExploreArrowLakes.

Share
Tweet6
Share
Pin2
Email
Reddit
WhatsApp
8 Shares
Current Contests on Miss604
*All contests are open to residents of Canada only, unless otherwise stated. Contest timelines are published on each individual post along with entry methods. Some contests may only be open to those 19 years of age and older. Winners are announced on the contest blog posts. Contest policy »
Comments are closed on this post
Advertisement

Also on Miss604.com
« DanceHouse Presents RUBBERBAND’s Ever So Slightly: Win Tickets
Things to do in Vancouver This Weekend October 15-17 »