There’s a Celtic cross on the edge of the forest in Stanley Park, placed there due to a tragic tale that unfolded on the seas directly across from where it stands. Eight names grace the front the stone feature, in tribute to those who lost their lives when the 59.3 foot wooden S.S. Chehalis was run over by the 300 foot CPR steam ship Princess Victoria in Burrard Inlet on July 21, 1906.

The Chehalis Monument in Stanley Park

The only way to reach the Chehalis Monument in Stanley Park is by crossing Park Drive from the north, as there’s no sidewalk in front of it or other official trails that exist on the easternmost point of the park between the totem poles and the Brockton Point Lighthouse.

Owned by the Union S.S. Company of Vancouver, the Chehalis was built by C. McAlpine Company, Vancouver in 1897. On that fateful day in 1906, she was chartered by a group and was intended to spend three weeks up the coast checking on oyster beds near Blunden Harbour. “The Chahalis was passing out through the narrows at an 8 knot speed, closely followed by the CPR liner at a 15* knot speed. The Chehalis was suddenly struck by the rapidly running in-coming tide and thrown across the channel. Before the Victoria could be stopped she struck the Chehalis cutting her in two and drowning nine** of the party of fifteen on board.” [Source: The Atlin Claim, Volume 15, Number 368, July 23, 1906]

Captain Griffen rang for full speed as she approached Brockton Point, passing inside Burnaby Shoal. He later told reporters: “As we came around the point, there was a gasoline launch on our port bow and the tug Chehalis on our starboard…..At this point the channel is so narrow that our only course was to steady our helm and go between the two craft.   I saw the tug swerve from her course and lay directly across the bows. When we came within a boat length the tide seemed to veer the tug around and her port quarter struck our bow.  It rolled the vessel over and in a quart minute she went down.” [Source]

Seven survivors were rescued by the keeper of the Brockton Point Lighthouse. Captain Griffin of the Princess Victoria was arrested for manslaughter and subsequently released on bail.

The Princess Victoria continued its ferry service between Victoria, Vancouver, and Seattle until the 1950s. 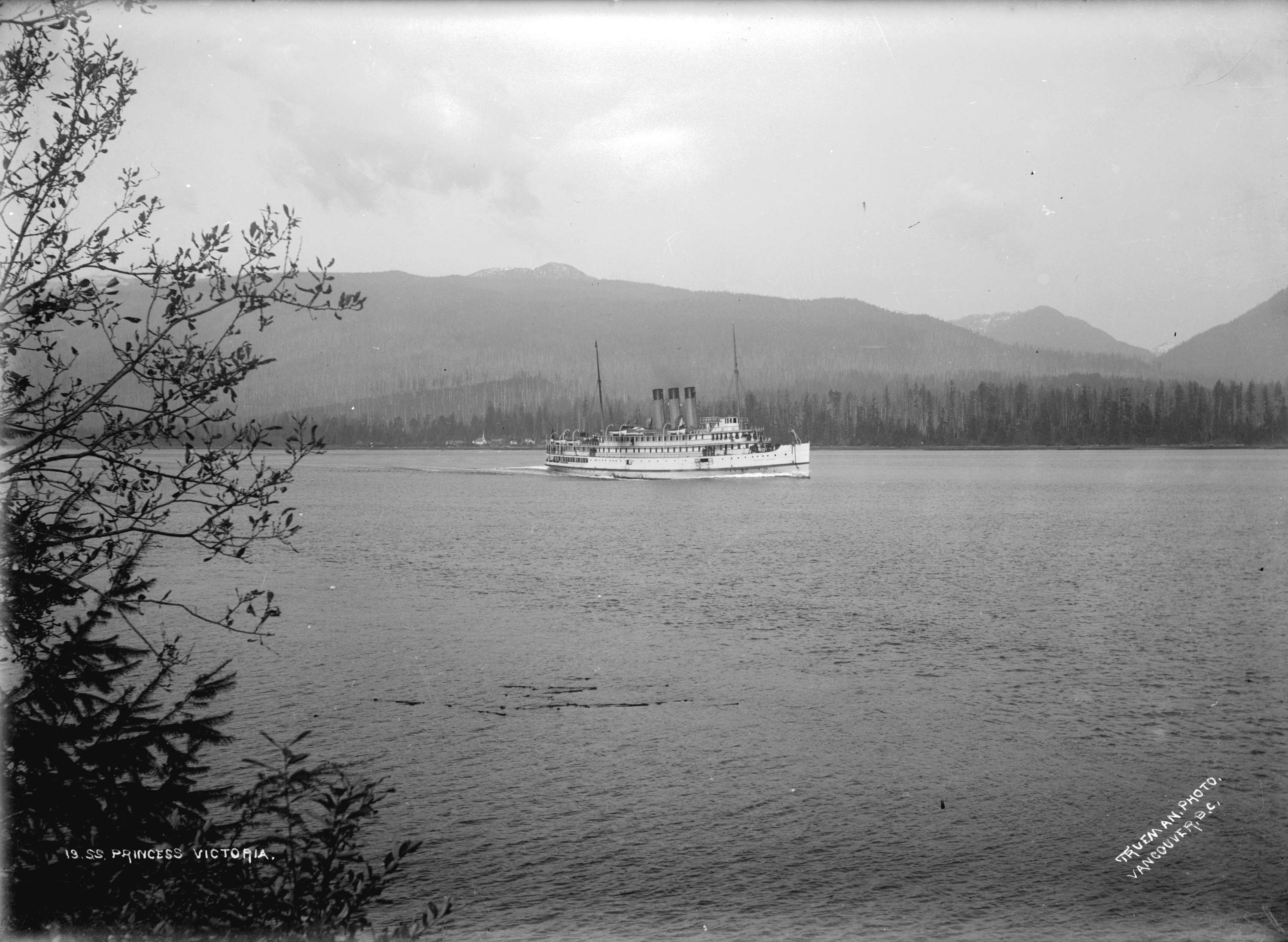 * The Atlin Claim reports 15 knots while the Los Angeles Herald reported the Princess Victoria was at 19 knots at time of collision.

**The Los Angeles Herald and the Atlin Claim report nine dead, however there are eight names on the monument.