I had tears in my eyes. Imagine being able to see something in nature before it went extinct? That’s what it felt like to soar above diminishing lakes, receding rivers, expansive moraines, and the cracks and crags of ancient blankets of ice in the Yukon’s Kluane National Park and Reserve.

Landing on a Glacier in the Yukon 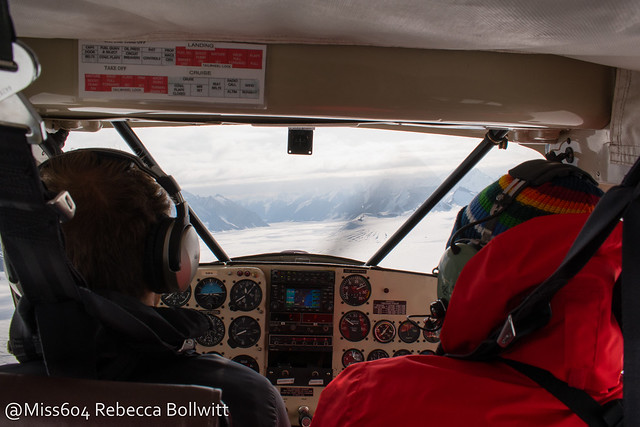 “Many of these mountains do not have names, many of them have never been climbed before,” our pilot’s words burst into my headset with an amplified whir of the plane engine. We were gaining altitude, climbing thousands of feet above Kluane NPR, which is the largest internationally protected area in the world and home to 17 of Canada’s 20 tallest mountains—including Mount Logan, the country’s highest peak. 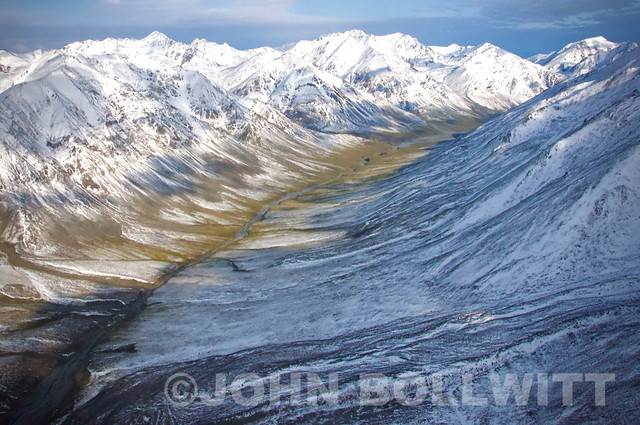 Our destination was the world’s largest non-polar icefield, where we would land on a glacier, get out, and take a little walk around. They say non-polar since Antartica, the North Pole, and Greenland have larger icefields, and this one sits in the sub-arctic. 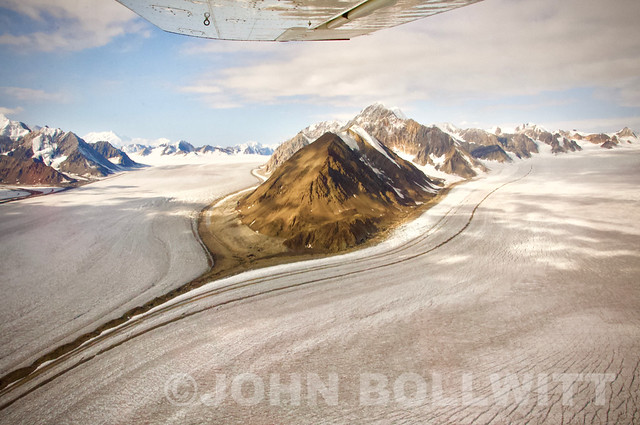 John and I were camping about an hour down the road at Kathleen Lake and drove up to Kluane Lake for our tour with Icefield Discovery. The Silver City Airport was a key transportation hub during the Alaska Highway Project during WWII. We drove our camper on the gravel road, across the gravel runway, and parked at base camp. Our pilot came out to meet us and told us it was a great day for a landing on the glacier. Needless to say, we were pretty stoked. 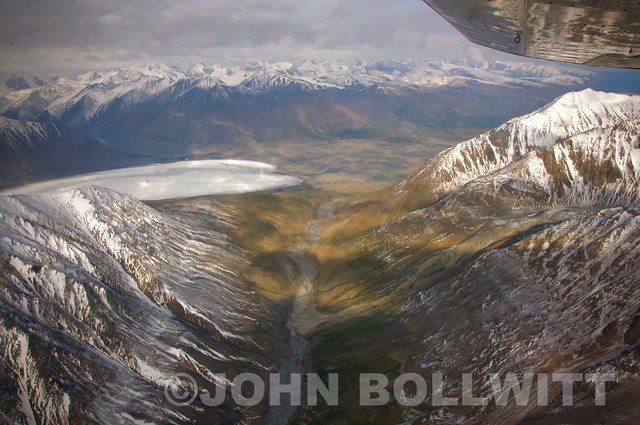 You know when you look out the window when you’re flying back to YVR and perhaps one or two mountain peaks (usually like Mount Baker and Mount Rainier) poke above the sea of clouds like islands in an ocean? The landscape looked like that but instead of cloud, it was a frozen sea of glaciers, wrapping around the St Elias Mountains’ peaks and valleys. 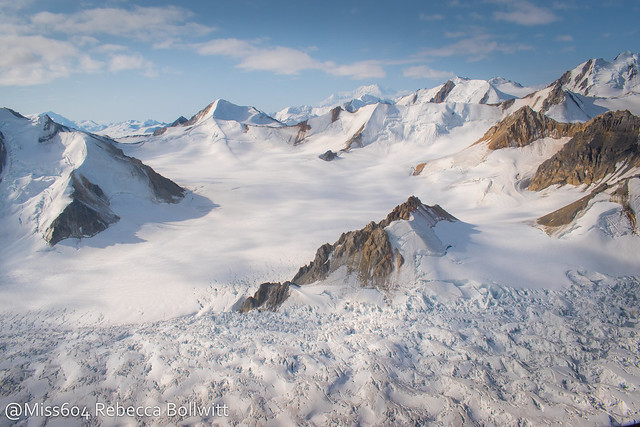 During the flight our pointed out the various glaciers, paused like frozen waves tumbling over outstretched ridges of rock. Kaskawulsh is one of the most iconic, with two outlets which feed the Yukon River (via Kluane Lake) and the Alsek River systems. Since 1950, it has lost 20% of its volume and its runoff switched directions in 2016, diverting its outflow so its meltwater stream no longer reaches Kluane Lake’s sandy shores [source]. 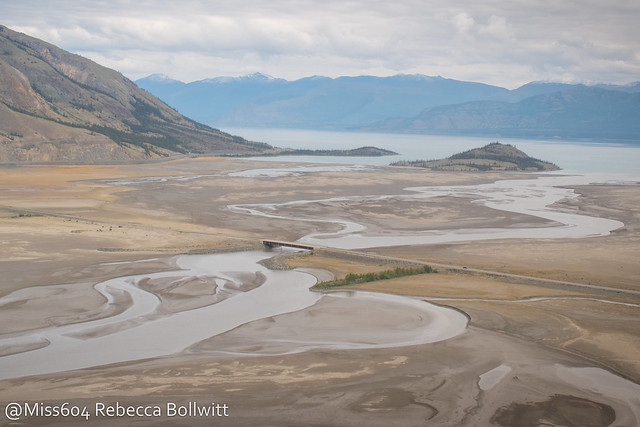 When we reached the Kluane Glacier our pilot scoped out our landing site. It looked like a football field covered in snow, with feint markings from yesterday’s tour on the makeshift runway. We banked to the left, our wing tip pointing straight down to the ice, and came about landing softly on the skis. It was even smoother than a seaplane landing in Coal Harbour. We slid to a gradual stop and the pilot left the engine idling. It was -14C. 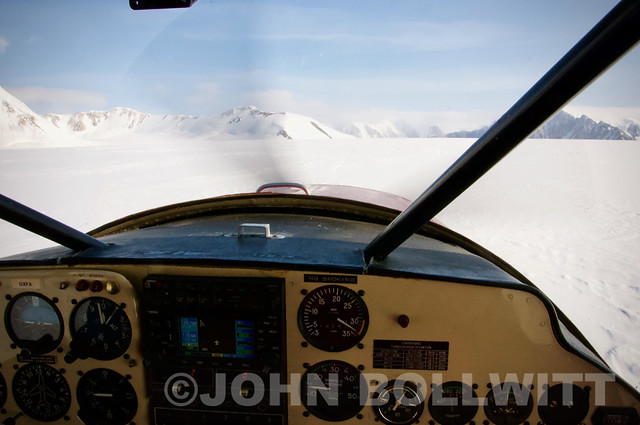 We got out of the plane and walked around. I felt like I was on top of the world. I shuffled away from the plane to take some photos, and was really glad I doubled up my socks that morning.

10,000ft up with Mount Logan still towering in the distance, the sun shining, the plane engine humming. What a world we have here, eh? I thought to myself. Give me my coastal temperate rainforests and pebbled beaches any day, but man. I have a new appreciation for the Yukon, for the north, for Canada. It is beautiful. 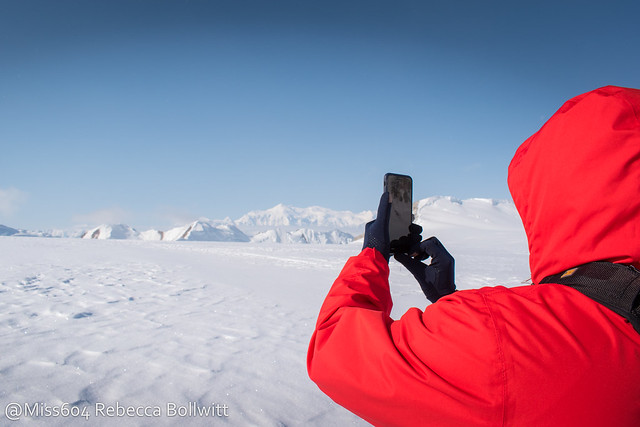 We spent about 10 minutes on the glacier, and I juggled my phone and camera taking photos and videos to document the occasion. I was giddy because this was such an incredible place, but also a little antsy – I felt like I was on a space walk, with our vehicle in the distance I didn’t want to travel too far away. 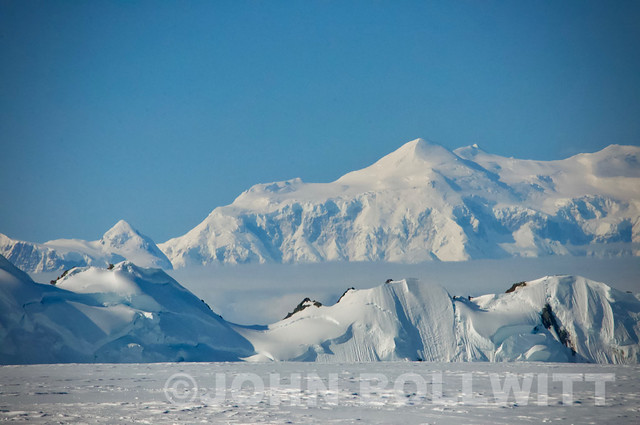 It came time to pile back in the little 4-seater and glide up to take off, like dad pushing us along on a toboggan on the first snow day of the year. 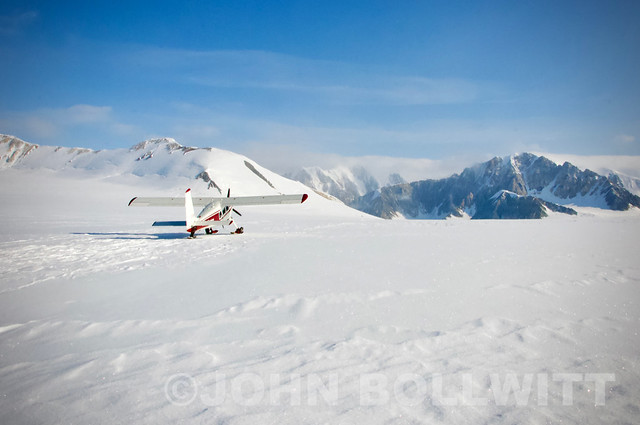 We looped around the glaciers again, and I got a better look at Kaskawulsh. We circled some deep blue crevasses and fractures, and spotted snow melt lines that the glacier would have covered 100 years ago. I opened the Notes app on my phone and wrote: “Emotional. This will be gone.” There were those tears again. It was overwhelming. 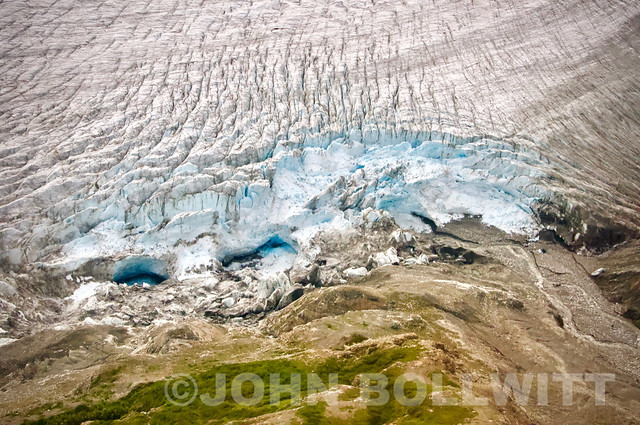 The Yukon has been on my bucket list for years and I’m going to keep it there. You can see parts of this planet you’ve only seen in IMAX movies and television shows, described in a narrator’s dulcet tones. Get out there, see it, feel it, experience it. 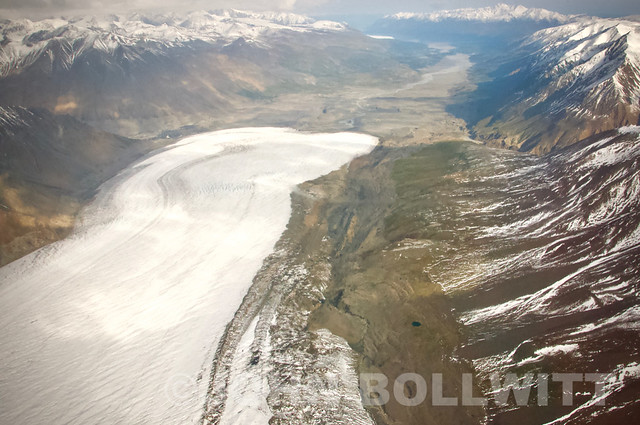 The “Ultimate Experience” flight with glacier landing is $350 per person, offered from April to September with Icefield Discovery.

Share94
Tweet10
Share
Pin1
Email
Reddit
WhatsApp
105 Shares
Current Contests on Miss604
*All contests are open to residents of Canada only, unless otherwise stated. Contest timelines are published on each individual post along with entry methods. Some contests may only be open to those 19 years of age and older. Winners are announced on the contest blog posts. Contest policy »