Early Music Vancouver presents Bach Collegium Japan: Bach, Handel, Vivaldi on December 9th at the Chan Centre for the Performing Arts at UBC. Widely recognized as one of the world’s leading ensembles specializing in the works of J.S. Bach and his contemporaries, Bach Collegium Japan and acclaimed British soprano Joanne Lunn, led by music director Masaaki Suzuki perform a concert of music by J.S. Bach, Vivaldi, and Handel, as well as shorter works by Conti, Marcello, and Telemann.

Pre-concert talk at 2:15pm in the Royal Bank Cinema with Masaaki Suzuki and Joanne Lunn hosted by Matthew White 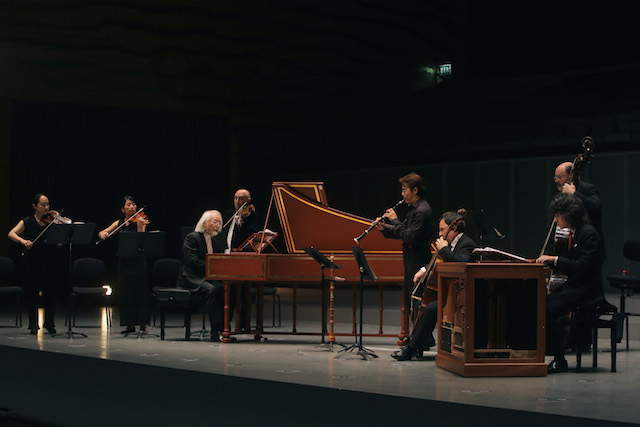 The highly anticipated Vancouver concert begins with a performance of Bach’s Orchestral Suite No. 2 in B Minor – BWV 1067. Blending the elegance of French dance suites with the energy and brilliance of Italian composers like Vivaldi, Bach likely wrote this work featuring the flute during his time as kapellmeister to the Prince of Anhalt-Köthen. The ensemble then plays Vivaldi’s beloved Concerto in D Minor for Two Violins from his collection of string concertos entitled L’Estro Armonico. Bach thought enough of this collection to transcribe six concerti from the set in various arrangements over the years.

Following these instrumental works, soprano Lunn joins the orchestra for a performance of Conti’s dramatic and virtuosic setting of an ecstatic sacred love poem, Languet anima mea. This work was included in Bach’s personal library and is said to have been performed by his wife, Anna Magdalena. It demonstrates the extent to which Bach was influenced by Italy’s vocal music as he was by its instrumental music.

The orchestra then will perform shorter instrumental works by composers that Bach admired – Marcello’s Oboe Concerto in D Minor and Telemann’s Paris Quartet No. 1 in D Major.

The concert will conclude with a performance of Handel’s spectacular sacred motet, Silete venti – HWV 242. Praised by audiences as one of Handel’s most thrilling sacred works for solo voice and chamber orchestra, it is an early cantata written during his time in Italy as a young man.

I have a pair of tickets to give away to Bach Collegium Japan: Bach, Handel, Vivaldi this performance, here’s how you can enter to win:

Update The winner is Kym!

Share6
Tweet28
Share
Pin
Email
Reddit
WhatsApp
34 Shares
Current Contests on Miss604
*All contests are open to residents of Canada only, unless otherwise stated. Contest timelines are published on each individual post along with entry methods. Some contests may only be open to those 19 years of age and older. Winners are announced on the contest blog posts. Contest policy »