The Chan Centre for the Performing Arts at UBC welcomes Grammy Award-winning Mexican superstar Aida Cuevas joined by her illustrious band Mariachi Juvenil Tecalitlán on September 22nd. Hailed as ‘The Queen of Mariachi’ and renowned for her elegance, charisma, and stunning vocal range, Cuevas will sing traditional Mexican songs by the late singer-songwriter and musical icon Juan Gabriel in this hotly anticipated season opener. 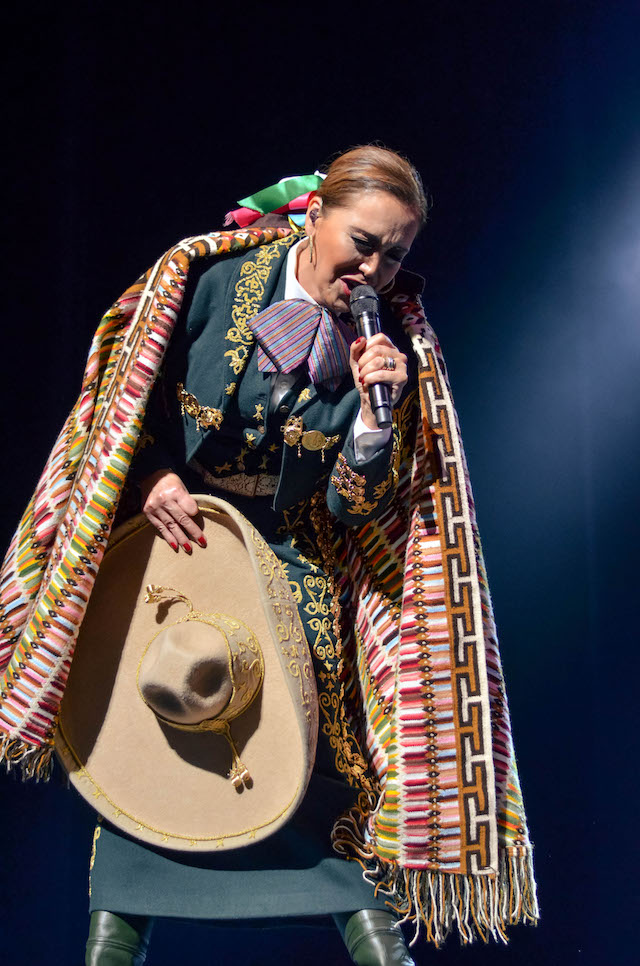 A master of the ranchera genre, Cuevas has been celebrated both in her home country and on the world stage for more than four decades. She “is to Mexico what Aretha Franklin is to the United States: a powerful voice that encapsulates the essence of her nation’s spirit” (The Kansas City Star).

Her distinguished musical career began as an 11-year-old child, when she was discovered while performing in amateur singing contests. Cuevas was soon performing live on national radio programs and began to tour internationally in 1976, gracing stages across four continents. She has performed for world leaders such as Pierre Trudeau, Bill Clinton, Gerald Ford, and every Mexican president since 1975, and has captivated audiences from Madison Square Garden to the Hollywood Bowl.

Her unique voice and style have left a significant imprint in the history of Mexican music, with 39 albums selling more than eight million copies worldwide. This year, Cuevas broke barriers by becoming the first female singer in the mariachi genre to win a Grammy Award, an unprecedented honour in a typically male-dominated space.

The concert will pay homage to Gabriel, who passed away in 2016. The influential musician was not only Cuevas’ personal mentor, he was also Mexico’s best-selling recording artist of all time, a Billboard Latin Music Hall of Fame inductee, and six-time Grammy award nominee. Cuevas is the only artist authorized by Gabriel’s estate to tour his music, and she will perform a selection of his beloved classics, including “Te Lo Pido Por Favor,” “La Diferencia,” and “Te Sigo Amando.” She will be backed by Mexico City-based Mariachi Juvenil Tecalitlán, alongside special guest musicians on requinto guitar, accordion, percussion, and keyboard.

I have a pair of tickets to give away to Aida Cuevas: Totalmente Juan Gabriel at the Chan Centre. Here’s how you can enter to win:

Update The winner is wen!

Share14
Tweet148
Share
Pin17
Email
Reddit
WhatsApp
179 Shares
Current Contests on Miss604
*All contests are open to residents of Canada only, unless otherwise stated. Contest timelines are published on each individual post along with entry methods. Some contests may only be open to those 19 years of age and older. Winners are announced on the contest blog posts. Contest policy »