The Vancouver Biennale will transform Leg In Boot Square, an underused public space along the Seawall at 670 Millbank Street, with the launch of CineFest LIVE Pioneers in Cinema, a free outdoor film series celebrating the Golden Era of filmmaking. 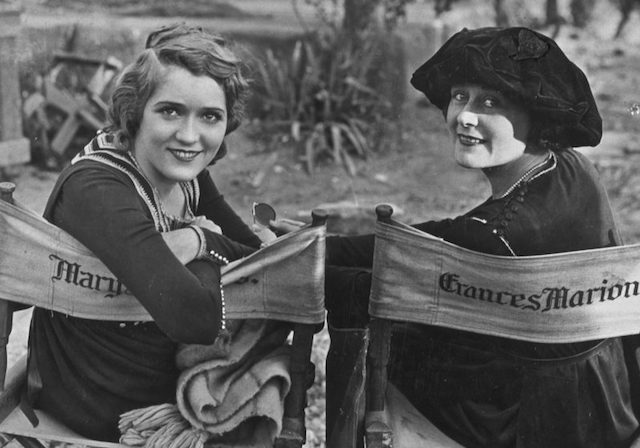 The series kicks off with Women Who Run Hollywood (2015) by sister filmmaking team Clara and Julia Kuperberg. The series includes the classic 1939 western film Stagecoach by John Ford starring John Wayne in his breakthrough role and Lotte Reiniger’s The Adventures of Prince Achmed (1926), the oldest surviving animated feature film. Pioneers in Cinema concludes September 3rd with the 1936 silent film Modern Times by Charlie Chaplin in his last outing as the Little Tramp. Each screening will be followed by a coffeehouse-style discussion about the films.

The summer program coincides with the unveiling of the Acoustic Anvil: A Small Weight to Forge the Sea by Montreal/Squamish-based artist Maskull Lasserre.

As the Acoustic Anvil is a laborious construction that calls attention to its process and materials, the CineFest LIVE Pioneers in Cinema series will present films by and about cinematic pioneers from the 1920s to 1940s. The CineFest LIVE Pioneers in Cinema aspires to introduce audiences to more of the major players in Western Cinema, with a focus on filmmakers whose stories have been erased and untold.

SCHEDULE
Films start at 8:30pm and run for 90 minutes.