The Vancouver South African Film Festival (“VSAFF”), now in its 8th year, is proud to present features and documentaries that explore the culture, history and politics of South Africa – films that inspire, inform, and entertain. 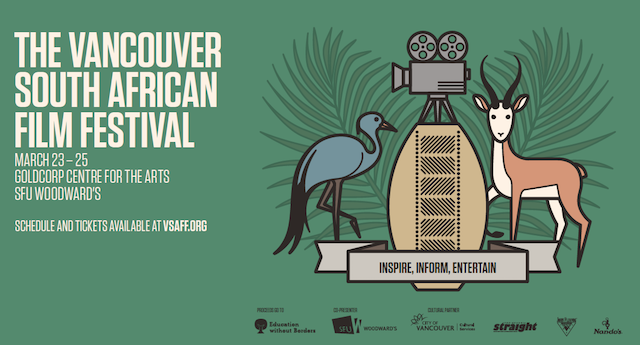 Where: SFU Goldcorp Centre for the Arts (149 W Hastings, Vancouver)
When: March 23-25, 2018
Tickets: Available online now. Full festival passes are $89, or $109 to include the opening night gala (Friday, March 23rd at John Fluevog in Gastown). Individual film tickets are available for $15-$20.

The 2018 lineup includes ​a wide range of films ​exploring the intense Dusi Canoe Marathon, post-apartheid and post-Zuma South Africa, and the pain of being torn between cultures, as well as documentaries about Winnie Madikizela-Mandela and grandmothers in a historic fight for justice and dignity.

Each year VSAFF is also proud to present one film from an African country other than South Africa.​ ​Liyana is the stunning part animated, part documentary film from Swaziland that will delight the whole family.

Singabantu | Beyond the River
Screening Date/Time: Friday, March 23, 2018 @ 7:00pm
Two men’s lives are transformed when they team up to challenge the elements in the Dusi Canoe Marathon, one of the toughest and most extreme races in the world.

Winnie
Screening Date/Time: Saturday, March 24, 2018 @ 11:30am
The documentary “Winnie” sheds intimate light on Winnie Madikizela-Mandela’s life and contribution, from her rise to seeming fall from grace.

Wonderboy For President
Screening Date/Time: Saturday, March 24, 2018 @ 4:00pm
One of the most creative, hilarious, and politically astute films yet to appear in post-apartheid South Africa, “Wonderboy For President” is a mockumentary that sees a charismatic and innocent young man groomed for leadership.

Yellow Fever | Krotoa
Screening Date/Time: Saturday, March 24, 2018 @ 7:30pm
A young woman, torn between the Dutch culture she serves and her Khoi heritage she was removed from as a child, struggles to find her place in “Krotoa.”

Inxeba (The Wound)
Screening Date/Time: Sunday, March 25, 2018 @ 11:00am
As a group of young boys journey into manhood, a young man confronts his hidden self in this frank portrayal of homosexuality and exploration of the traditional Xhosa coming of age ceremony.

Every Face Tells a Story | Strike a Rock
Screening Date/Time: Sunday, March 25, 2018 @ 1:30pm
In “Strike a Rock,” two grandmothers lead their community in a historic fight for justice and dignity following a massacre in a poverty-stricken mining town.

Singabantu | Liyana
Screening Date/Time: Sunday, March 25, 2018 @ 3:30pm
“Liyana” tells the story of a resilient girl who braves violence, hunger and despair while bringing us her own brand of magic in this film that’s part animated fable, part documentary.

An Act Of Defiance
Screening Date/Time: Sunday, March 25, 2018 @ 7:00pm
“An Act Of Defiance” is an inspiring examination of political courage with compelling insights into the human cost of commitment and principle in the 1963 apartheid state. 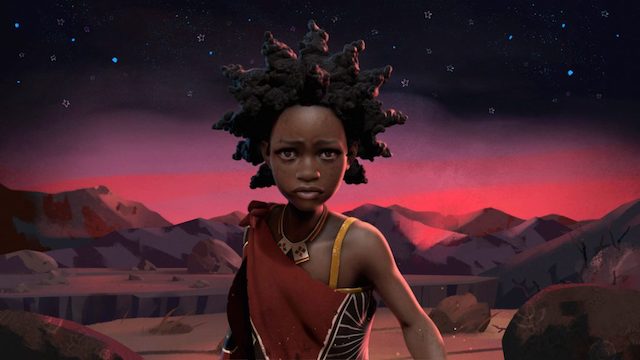 VSAFF is a non-profit event organized entirely by volunteers. All proceeds from the festival go to go to support Education without Borders to provide educational opportunities for disadvantaged and at-risk children through initiatives in South Africa and Canada.

I have two VSAFF festival passes to give away, here’s how you can enter to win:

I will draw one winner at random from all entries at 12:00pm on Sunday, March 18, 2018. Prize includes weekend festival passes, does not include opening night gala tickets. Follow the VSAFF on Twitter and Facebook for more information.

Update The winner is Jill!