Vancouver Opera presents Donizetti’s Gaetano Donizetti’s L’Elisir d’amore (The Elixir of Love) – one part love story, one part hilarious comedy, two parts music that will stir the soul – in two acts with a libretto by Felice Romani. This is the second production of the company’s exciting 2017–2018 Season and Festival, opening on January 21st, 2018 at the Queen Elizabeth Theatre. 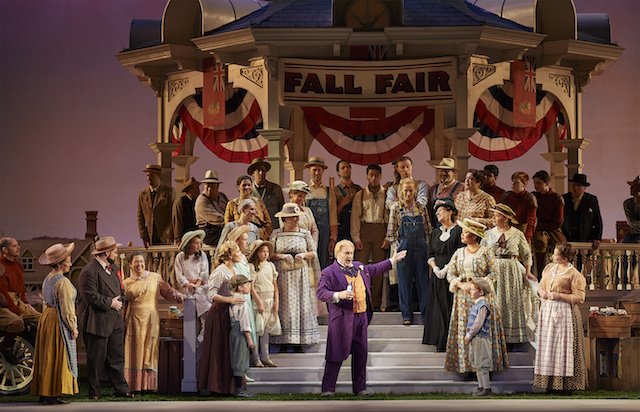 A love struck man, a village beauty, an army captain, and a travelling doctor with a magic potion – all set in a picturesque early 1900’s Canadian locale oozing with small town charm. L’Elisir d’amore (The Elixir of Love) is without a doubt one of the most well-known operas of the bel canto era, the most performed of all Donizetti’s operas, and has not been seen by Vancouver audiences since 1999.

L’Elisir d’amore (The Elixir of Love) is a Cinderella-esque tale in which a poor and hapless young man wins the hand of a small Canadian town’s most beautiful young woman (with the help of a secret “elixir” from a travelling salesman). Spoiler alert: The elixir is Bordeaux.

I have a pair of tickets to give away for the January 25th performance at 7:30pm. Here’s how you can enter to win:

I will draw one winner at random from all entries at 12:00pm on Tuesday, January 16, 2018. This performance is sung in Italian with English SURTITLES™ projected above the stage.

Update The winner is Rob!