This post has been contributed by Kathleen Stormont, SPES Communications Specialist with the Stanley Park Ecology Society (“SPES”).

Over 33,000 people on Facebook have viewed it. A select few have held it. Many have reported on it. Here’s some accurate information about Stanley Park’s bizarre discovery this past August… 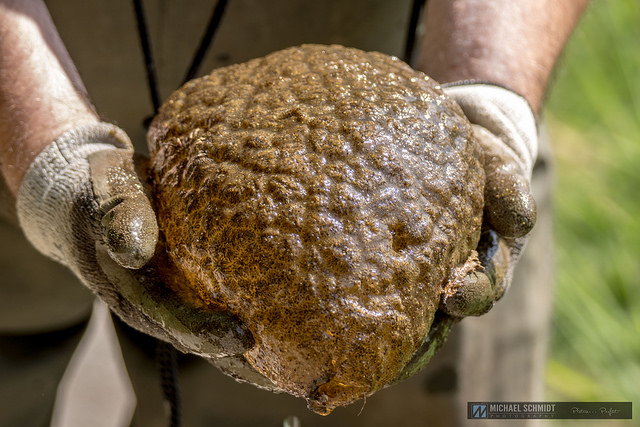 Stanley Park Ecology Society—along with support from Canadian Wildlife Federation—hosted a massive, 24-hour, science-based Bio Blitz in Stanley Park in August. During the blitz, teams of experts and citizen scientists explored and inventoried different ecosystems and habitats throughout the Park. All of their findings are recorded and uploaded using iNaturalist. The coolest species found, and definitely the slimiest, is the bryozoan: Pectinatella magnifica. This species had never before been recorded within Stanley Park.

So, what exactly is this blob of goo? It is an animal – a colony of animals to be exact. Maria Egerton, SPES Conservation Programs Manager explains, “They live in colonies made of thousands of genetically identical individuals.” The individuals, or zooids, are microscopic cylindrical creatures with a mouth, digestive tract, muscles, and nerve centers. 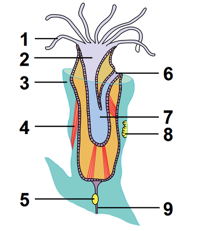 The original member reproduces asexually, through budding, to create an entire colony of clones. As a colony forms, they produce a protein which creates the slimy gelatinous structure that the individual zooids attach to and live on. This gelatinous mass can reach over 50 cm in diameter. Colony members cooperate with each other and work together to perform different functions—much like organs of other animals. Bryozoans are filter feeders; they extend a loop of hair-like tentacles into the water and sift out plankton and organic material.

New colonies will establish from a free-swimming, microscopic larval stage or by growth of dormant spore-like “statoblasts.” (ref: Dept. of Ecology, State of Washington) These “spores” can be inadvertently transported by ducks flying between water bodies, or by wind pushing them about a lake. 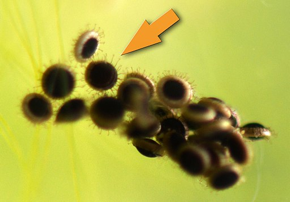 Most bryozoan species are found in the ocean (some species secrete delicate coralline crusts on our local kelps), but P.magnifica is one of 20 freshwater species found across North America in ponds, lakes and streams.

Facebook readers report seeing them in Mission, Okanagan Lake, Duck Lake near Kelowna, Kanaka Creek, Harrison River and elsewhere in BC. Locally, Park Rangers report seeing bryozoan masses growing in Trout Lake. They are encountered more commonly in central and eastern Canada where one reader noted them in Orillia, Ontario. 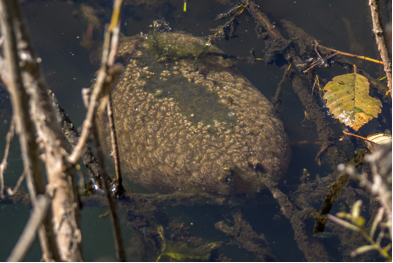 The bryozoan colony rests in its watery home
in Lost Lagoon. Photo by Michael Schmidt/SPES.

Excitement about our “brain blobs” has spread: you might have heard about the Lost Lagoon colonies in a variety of news sources including National Geographic, Newsweek, Smithsonian.com and even Breitbart News.

The British and Australian media are intrigued! If you want to see the creatures yourself, come on over to Lost Lagoon and peer into the water at the edge of the lake’s man-made biofiltration pond along the northeastern edge of the lake. You may see blobs ranging in size from a peach to a football. But, please, leave them in the pond as handling them could damage their delicate tissues. You will have to visit soon, though, as the bryozoan colony disintegrates when colder weather and cooler water temperatures set in. The colony’s statoblasts will over-winter in the lake and germinate in the spring to grow into more new colonies. We’ll be watching for them!