Join the celebration of quality craftsmanship while you shop over 150 artists from Vancouver’s own backyard at the 4th annual Etsy: Made in Canada Market.

Etsy: Made in Canada Market

Etsy: Made in Canada Markets will be taking place in nearly 40 cities across the country on Saturday and Vancouver’s event will have two days of shopping, food trucks, and more. The first 50 shoppers each day will also receive swag bags. 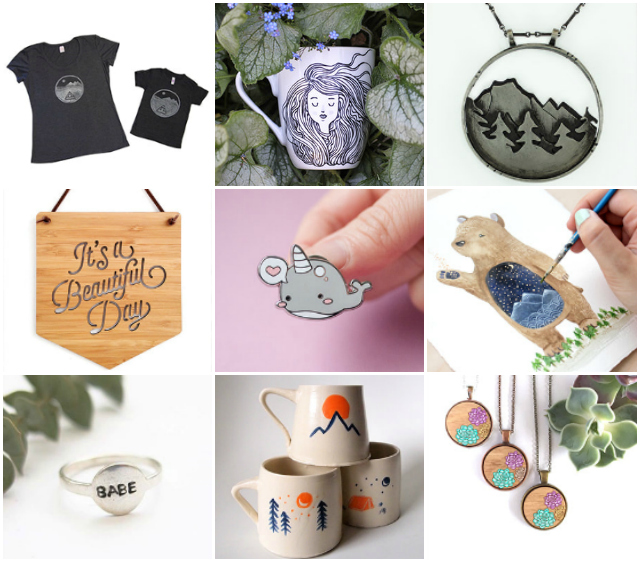 Browse modern laser cut wood fashion and homeware from Cabin + Cub, lifestyle items from My Cat is People, hand painted personalized mugs from The White Teacup, whimsical children’s jewelry that is created for pretending from Rachel Rainbow, handmade ceramics from Piton Pottery, upcycled block printed tees from True North Trading Post, and much, much more! View a full list of the vendors here »

I have a $250 gift card for one lucky Miss604 reader to use at the market thanks to Brite Up and Etsy Canada, along with two tickets to the market to do all of their shopping! Here’s how you can enter to win:

Update The winner is Jessica!