Art of the Cocktail, the cocktail event of the year, returns to one of Canada’s mixology capitals for sampling and sipping, masterclasses, and one very grand tasting. 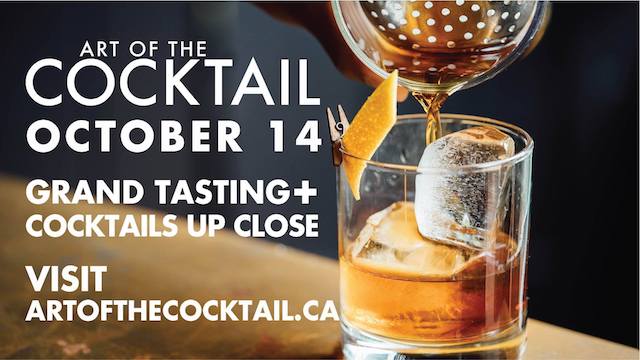 Art of the Cocktail

Along with the big players, the Grand Tasting will also highlight artisan, small, and regional distillers. While on your cocktail journey, savour delicious complimentary appetizers from some of the most innovative chefs in Victoria. VIP access allows you to beat the crowds (and the lines) and enter the Grand Tasting an hour before the general public, giving you more one-on-one time with distillers and Brand Ambassadors.

Get up close & personal with cocktails and spirits, with guided tastings & Masterclasses by industry leaders as you enjoy various drinks and learn the tips and tricks of the trade.

Parties that Pack a Punch

Join highly decorated mixologist and Botanist Gin ambassador Gez McAlpine, as we explore the fundamentals of creating cocktails for large groups. From punches to Sangria, bottled cocktails and everything in between. Learn how serving quality drinks can be the easiest part of entertaining your guests.

Dress to impress in your fabulous after five attire, because this year the Best Dressed at the Grand Tasting will win 4 tickets to the 2018 Victoria Film Festival Opening Gala.

The Art of the Cocktail wants to bring one lucky Miss604 reader and a guest to Victoria for this amazing weekend. This VIP prize package includes a round trip with Harbour Air to get to Victoria from Vancouver, a one night stay at the DoubleTree by Hilton, blow-outs from Copper & Ash Collective to get ready for the Grand Tasting, and of course VIP Grand Tasting tickets.

I will draw one winner at random from all entries at 12:00pm on Friday, September 15, 2017. Must be 19+. Please enjoy responsibly. Airfare and hotel stay prizes are only valid during this specific event and cannot be exchanged or redeemed for cash value.

Update The winner is Dara Fontein!

Share356
Tweet271
Share
Pin
Email
Reddit
WhatsApp
627 Shares
Current Contests on Miss604
*All contests are open to residents of Canada only, unless otherwise stated. Contest timelines are published on each individual post along with entry methods. Some contests may only be open to those 19 years of age and older. Winners are announced on the contest blog posts. Contest policy »

Also on Miss604.com
« Harvest Feastival at UBC
Things to do in Vancouver This Weekend »