The Vancouver Art Gallery Plaza, one of the most popular meeting places in the city, is set to reopen on Saturday June 24th after being closed for a massive revitalization effort. The opening will coincide with the Vancouver Jazz Festival‘s Downtown Jazz series, which will feature performances throughout the day to show off the new space.

The old courthouse building was built in 1911 and the Vancouver Art Gallery took over the space in 1983. The north plaza has been home to events, fairs, concerts, protests, and Vancouver’s occupy movement in the past. 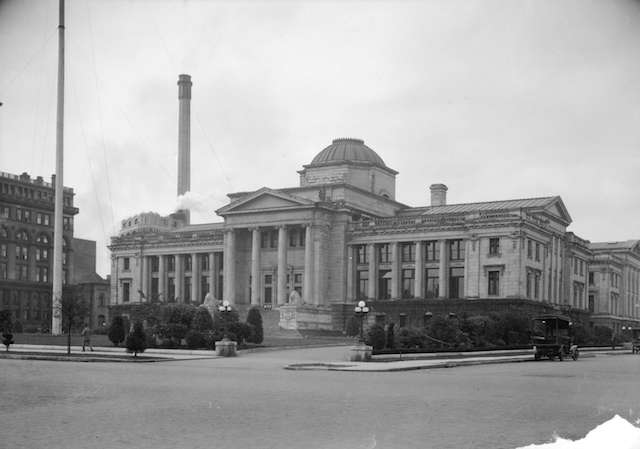 The new plaza is 4197 square metres (45,176 square feet) and will have a capacity for up to 1500 people when fully open. It is designed to compliment Robson Square on the other side of the Art Gallery and the surrounding heritage buildings. The new fully accessible space enhances safety for large gatherings, improves flexibility for events and day to day use. 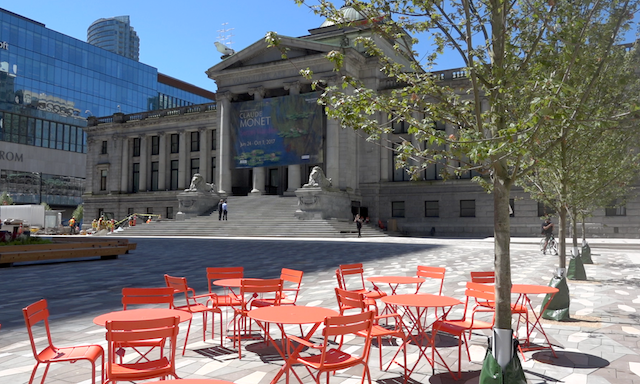 The total cost of the upgrade is $9.6 million. “In addition to replacing the once grassy pavilion with more durable tiles and adding more seating, the city says a large part of the project’s cost was replacing an underground water membrane.”
[Source: CBC Vancouver]

The plaza redesign was led by Nick Milkovich Architects, with support by HAPA Collective, and Matthew Soules Architecture, and construction was completed by Jacobs Brothers contractor.