The Lost Fleet at the Vancouver Maritime Museum

The Lost Fleet investigates the unjust 1941 seizure of 1,200 Japanese-Canadian fishing vessels following the bombing of Pearl Harbour through a collection of historic photographs, models of Japanese-Canadian-built fishing boats, fishermen’s tools, and replica documents. 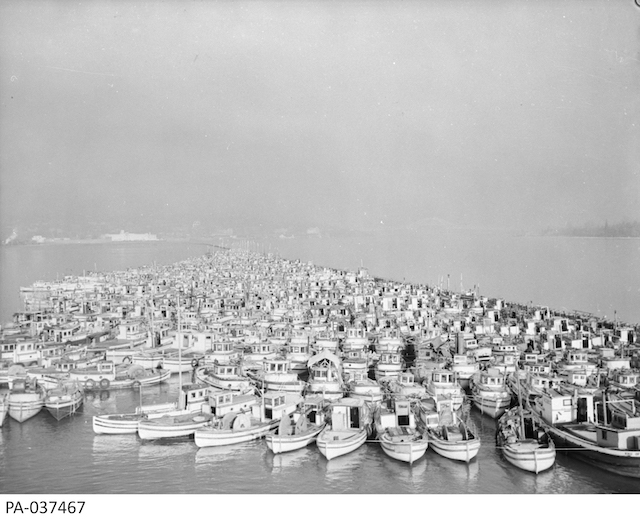 Visitors will also see an original shell fragment from Estevan Point lighthouse, which was attacked by a Japanese imperial submarine in June 1942, revealing the little known fact that enemy fire landed on Canadian soil during WWII. The Lost Fleet will shed important light on the pre-eminence of xenophobia in the province’s history, how this led to the appropriation of Japanese-Canadian property, and ultimately the incarceration of an entire people.

“The history of Japanese-Canadian fishermen is inextricably linked to the history of Vancouver. The city was a gateway in the Pacific for all immigrants looking to forge a brighter future for themselves,” says Duncan MacLeod, Maritime Museum Curator. “The seizure of Japanese-Canadian fishing boats in BC had been on a list of important topics we were considering for an exhibition. The process of deciding on an exhibition took place during the rising crisis in Syria, and the contemporary discussions of an influx of non-white immigrants bore a strong resemblance to the rhetoric used when speaking about the Japanese and other Asian immigrants in the 20th century prior to WWII.”

The legacy of this tragic event will also be explored: what lessons have been learned and how Canadian society has changed because of this experience? Visitors will be encouraged to consider whether the present political and economic climate is very different today; current legislation, policies and public sentiment about immigration invites the question of whether this type of injustice could be carried out against other groups.

I will draw one winner at random from all entries at 12:00pm on Monday, March 20, 2017. The Vancouver Maritime Museum is located at 1905 Ogden Avenue in Vanier Park. Follow on Facebook and Twitter for more information about this exhibit and more.

Update The winner is Wes!

Share12
Tweet59
Share
Pin5
Email
Reddit
WhatsApp
76 Shares
Current Contests on Miss604
*All contests are open to residents of Canada only, unless otherwise stated. Contest timelines are published on each individual post along with entry methods. Some contests may only be open to those 19 years of age and older. Winners are announced on the contest blog posts. Contest policy »