Returning for its 8th holiday season, prestigious local dance organization Goh Ballet presents The Nutcracker at The Centre. Since premiering in 2009, the production of this masterpiece has given tens of thousands of audience members the opportunity to be swept away by this world-famous Christmas story. 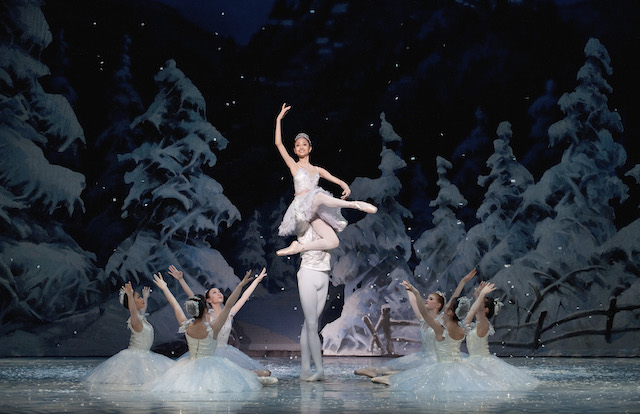 Under the leadership of Executive Producer Chan Hon Goh, former Prima Ballerina with the National Ballet of Canada and the artistic staging of Emmy-award winning choreographer Anna-Marie Holmes, The Nutcracker returns with spectacular magic and fun for the whole family.

Goh Ballet’s The Nutcracker will feature performances by internationally renowned principal dancers from the prestigious National Ballet of Canada, Jurgita Dronina and Guillaume Côté, performing together as the Sugar Plum Fairy and the Cavalier Prince. Members of the Vancouver Opera Orchestra will provide live musical accompaniment of Tchaikovsky’s world-renowned Nutcracker Suite.

I’ll never forget my first ballet, when I brought my niece to watch her first as well. It was for Goh Ballet’s The Nutcracker in 2012. Gathering under the marquee with tickets in hand, cheeks rosy red from the cold and coats buttoned to our chins, we entered the theatre with a sense of wonder. By the end of the first act we were both enchanted by the performance.

If you would like to experience this magical holiday show for yourself, I have a pair of tickets to give away for the finale performance on December 20th. Here’s how you can enter to win:

Update The winner is Melissa Hoffmann!

Also on Miss604.com
« December Events in Metro Vancouver 2016
Lumiere Festival of Light in the West End »