It’s so nice to come home to a warm, illuminated house on a cold and dark autumn day. Ever since John and I purchased smart home technology at Best Buy last Christmas we’ve been loving these automated comforts. Lights that turn on when it gets dark out, and a learning thermostat that knows when we’ll be home, when we’re gone, and when we’re going to bed. 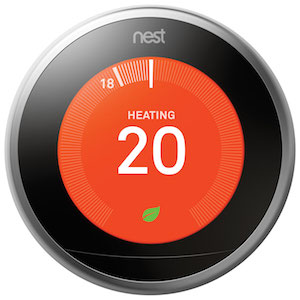 “I like the Nest because it works, simple as that,” John told me when I informed him I was going to write about our smart home. Best Buy is going to be showcasing showcasing some of their top Smart Home products at the BC Hydro Smart Home Booth at this week’s Vancouver Home + Design Show. “It’s straightforward and efficient. We went from an analog thermostat that was malfunctioning, and now we have one that keeps us warm. It’s as simple as that.”

When you pair the Nest (3rd generation) with the app, you can set schedules and adjust its learning. If we start turning the heat off or down when we go to bed at 10:00pm, it will start adding that scheduled event automatically. Same goes for our Philips Hue lightning system. With a motion sensor (a new, upcoming product) it will turn on some lights when it gets dark outside.

We have Hue lights (and an LED light strip) in our living room, my office, and our bedroom. I was often working straight through the afternoon and John would come home to find me sitting in the dark, tapping away on my keyboard. With Hue — and the accompanying app — we can set schedules and scenes so that “Office” turns on at 5:00pm or at dusk. 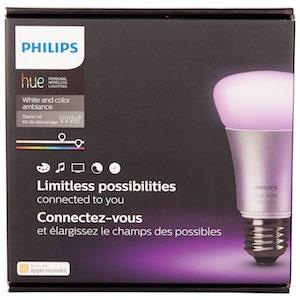 Between schedules on the Nest and pre-set scenes on the Hue, our home is getting pretty smart. We’ve named some pre-set scenes on our Hue system to things like “Chill” for the living room so if we’re watching a movie I can just pull up my iPhone, say “Set Chill” and Siri (with Hue) will do the rest.

Philips Hue and Nest are just two of the smart home gadgets and systems you can find at Best Buy this season. Some others that piqued our interest were: Pet Cube where you can Watch, speak to, and play with your pet when you’re away (if only we had a cat!); the Ring WiFi Video Doorbell; and the Nest Cam Indoor or Outdoor WiFi Cam. Check out select products on display in the BC Hydro Smart Home at the Home + Design Show that are eligible for a BC Hydro discount exclusively at Best Buy. 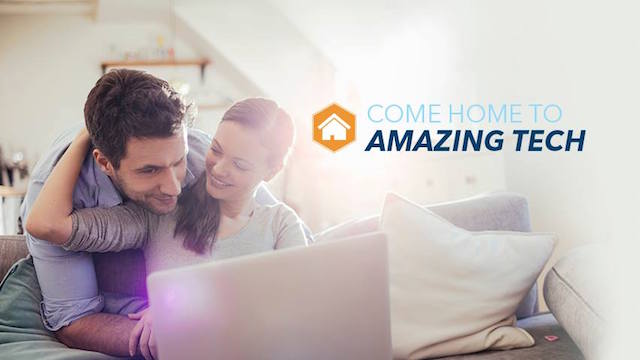 I have a $100 Best Buy Gift Card to give away so that you can make your house a smart home this season. Here’s how you can enter to win:

Follow Best Buy Canada on Facebook and Twitter for more information. I will draw one winner at random from all entries at 9:00am on Saturday, October 29, 2016.

Update The winner is Brenda Ansley!

Share
Tweet637
Share1
Pin1
Email
Reddit
WhatsApp
639 Shares
Current Contests on Miss604
*All contests are open to residents of Canada only, unless otherwise stated. Contest timelines are published on each individual post along with entry methods. Some contests may only be open to those 19 years of age and older. Winners are announced on the contest blog posts. Contest policy »