On Sunday afternoon, smoke billowed from Burns Bog, a 3,500 hectare ombrotrophic peat bog in Delta. It could be seen from the Fraser Valley to the North Shore, with ash falling in Delta and Surrey, and many Vancouverites (myself included) woke in the wee hours of the morning due to an overwhelming wildfire smell Downtown. 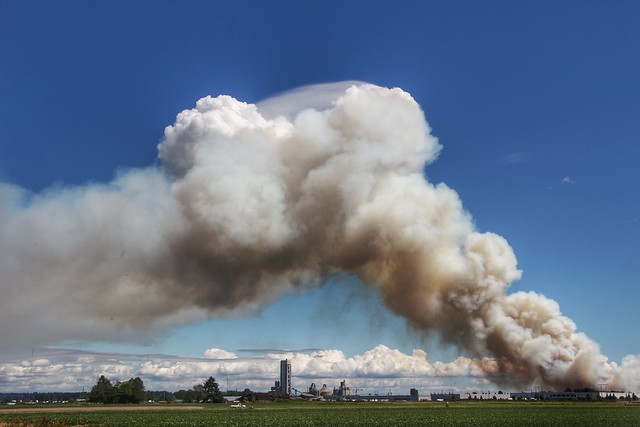 The “Lungs of the Lower Mainland” have been burning for the last day, with 10% of the 50-70 hectare fire contained on Monday morning. In a press conference Monday morning, Delta Fire Chief said they have 80 firefighters battling the blaze and due to the fire behaving as they hoped overnight, they’ll be using helicopters to continue to setup a water perimeter for containment — planes will stay on standby on the ground. 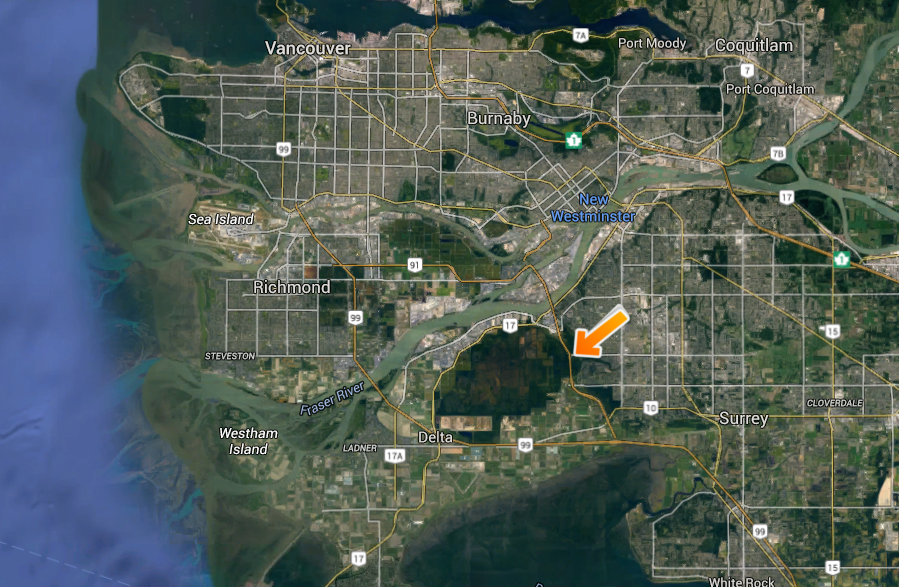 The bog is the largest undeveloped urban landmass in North America, is a globally unique ecosystem, and is a major regulator of regional climate. It’s a vital stopover for migratory birds, and home to rare and endangered species. It is the largest raised peat bog on the west coast of the Americas, and since 1988, the Burns Bog Conservation Society has been spreading awareness of this massively important environmental feature in our region.

Originally, the bog was 10,000-12,000 acres before development, what remained, over the years, has been up for proposal to be turned into a deep sea port, landfill, a racetrack, and even a new site for the PNE/Playland.

In 1906 Dominic Burns, brother of Senator Patrick Burns, purchased most of the Great Delta Bog. Peat mining began in the 1930s and would continue for over 50 years. In 1991, residents requested that Burns Bog be designated as an ecological reserve. The matter was brought before council and defeated, with the reasoning that the bog designation would be considered during the next revision of the Official Community Plan. 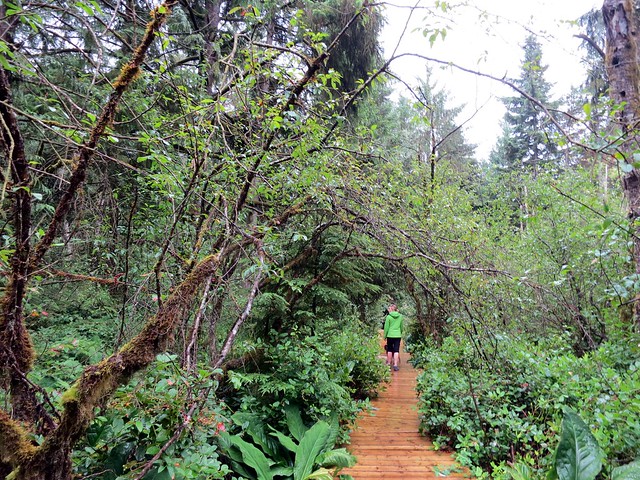 In 1999, 75% Delta’s voters supported the purchase of Burns Bog by the city. In 2000, a comprehensive review of the Burns Bog ecosystem concluded that 73% of Burns Bog (2,200 of 3,000 hectares) must be protected to maintain its ecological integrity.

Canada and the Province of British Columbia announced a formal offer to purchase and permanently protect Burns Bog in 2001, with partners being Delta and the Greater Vancouver Regional District. The offer was rejected by the landowners. Multi-government efforts continued until 2004 when Canada, British Columbia, GVRD, and Delta purchased 2,042 ha (5,046 acres) of Burns Bog, to be preserved in perpetuity as an environmental reserve. Burns Bog was saved.

In May of 2008, the Burns Bog Ecological Conservancy Area Management plan was adopted by all four purchasing partners (Delta, Metro Vancouver, British Columbia, and Canada).

When safe to do so, you can walk along boardwalk trails, cycle, and hike around the Burns Bog Trail or take a public tour.