There’s a park on tip of Downtown Vancouver that has gorgeous city and mountain views along the shores of Burrard Inlet — and it’s not called Stanley. While it doesn’t have the towering cedars and dozens of kilometres in forest trails that our Crown Jewel boasts, Portside Park (CRAB Park) is a slice of serenity on the edge of the bustling city and the only waterfront public green space in the Downtown Eastside.

Where: 101 E Waterfront Rd, Vancouver
Dogg Off-Leash Area: East side of the park
Features: 3.31 hectares/8.18 acres with water access, washroom facilities, benches, a children’s play area. It also features several memorials and commemorations. There is a mosaic pertaining to the Komagata Maru, First Nations pieces, a dedication garden from our sister city of Yokohama, Japan, and a Missing Women’s Memorial Stone. This memorial stone has become a very powerful, cherished and often visited memorial for the community. The memorial was written and placed by Don Larson. You can take a virtual tour via the NEST at CRAB Park online. 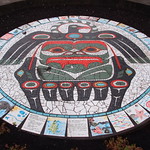 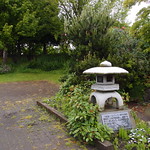 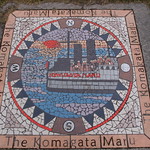 The official name of green space, tucked between the docks and downtown, is CRAB Park at Portside. CRAB is a description: It was named during the campaign to Create a Real Accessible Beach and be a haven for humans, their pets, and the nature around it. Formed in 1987 through the five-year advocacy work of Crab-Water for Life Society, it’s home to an annual Canada Day celebration put on by its founding organization [source].

The View from CRAB Park