The Shark Club is back! A staple of the pre-game/post-game scene in Vancouver has re-opened its doors and it’s bigger than ever. The original Shark Club opened at 180 West Georgia Street in 1993, and after an 18-month rebuilding, a new team of designers, chefs, bartenders and staff has brought the bar up to a new level. 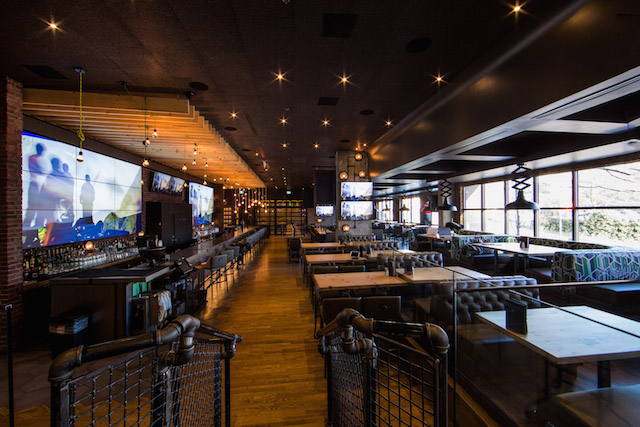 The 9,250 square-foot space has hit the big leagues with an open, loft-style concept featuring a vintage sports theme, wrap-around score tickers and central, 66-foot-long bar clad in industrial steel. Two giant 12-foot-by-seven-foot media walls offer everyone VIP, front-row seats to all the action, with an additional 60 oversized, flat-screen TVs catching every play throughout the multi-functional room. After the game, the lounge turns into an overtime dance floor with beats thrown down from the fully operational scissor-lift DJ booth.

As for the bar, that’s where an all-star team of Vancouver’s top mixologists has created a custom cocktail lineup to compliment of 20 revolving taps of local, craft, and big-name beer. 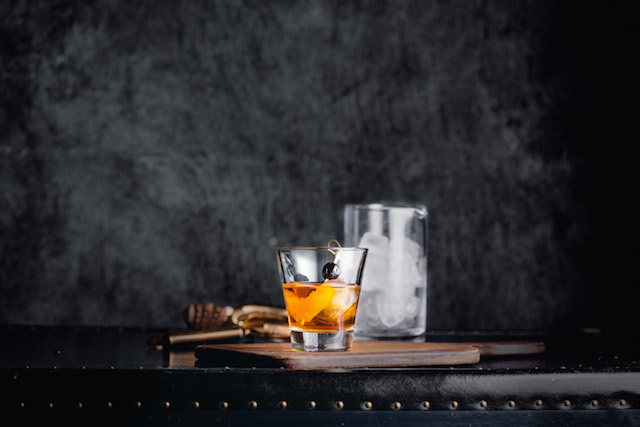 The Canadian Tuxedo, by Gez McAlpine (The Keefer Bar) for The Shark Club

If you would like to check out the all-new, fan-favourite Shark Club, I have a $100 gift card to give away. Here’s how you can enter to win:

The Shark Club is open Sunday to Thursday from 11:30am to 1:00am; and Friday & Saturday: 11:30am to 2:00am. Follow along on Facebook and Twitter for the latest news, events, and offerings.

Update The winner is bjh!

Also on Miss604.com
« Enjoy an Arts Club Date Night This Christmas
Shop Save-On-Foods at Home for Grocery Pick-Up and Delivery »