When surrounded by Mother Nature’s finest handy work, in one of the most impressive landscapes on the planet, you may find yourself feeling more daring and adventurous than you ever dreamed you could be. 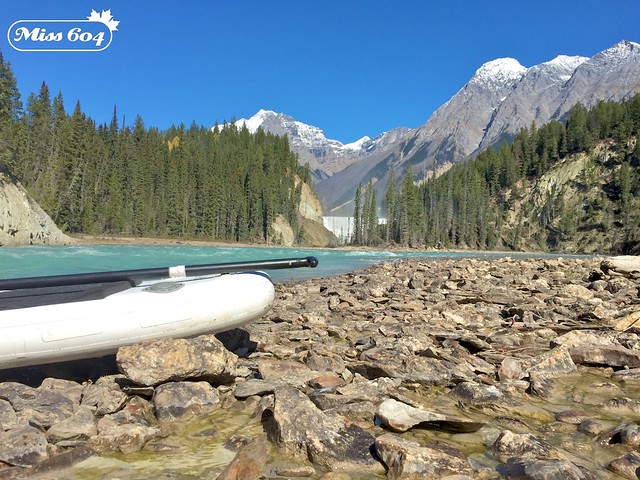 On an crisp, early autumn morning, my Kootenay Rockies travel media group trip set out from Cathedral Mountain Lodge in Yoho National Park, stopping at Truffle Pigs in Field, BC to fuel up with some delicious lattes. Our destination that day was the town of Golden, nestled in the Rocky Mountain Trench and built around the confluence of the Columbia and Kicking Horse rivers. It is surrounded by the Purcell Mountain, the Rocky Mountains, and five national parks, making Golden one amazing outdoor adventure playground.

Our itinerary, while in the Golden area, included kayaking, an activity that I am very familiar with and enjoy immensely. It turns out that I had no idea that I would have to push myself so far that day — and that I would feel so great afterward.

We parked along the Kicking Horse River and our group was picked up by Alpine Rafting’s owner and guide, Jim Pleym. Now in its 30th year, 17 of which have been with Jim at the helm, Alpine Rafting offers rafting trips, kayak and paddle board tours, and adventure trips for groups of many sizes.

We drove along an old logging road (a theme throughout our stay in the Golden area) and stopped at a lookout to gaze at Wapta Falls. Standing 98 feet tall and 500 feet wide, it’s the largest waterfall of the Kicking Horse River. We peered down as it looked so small in the shadows of the towering mountains in the background but we were about to get a much closer look. 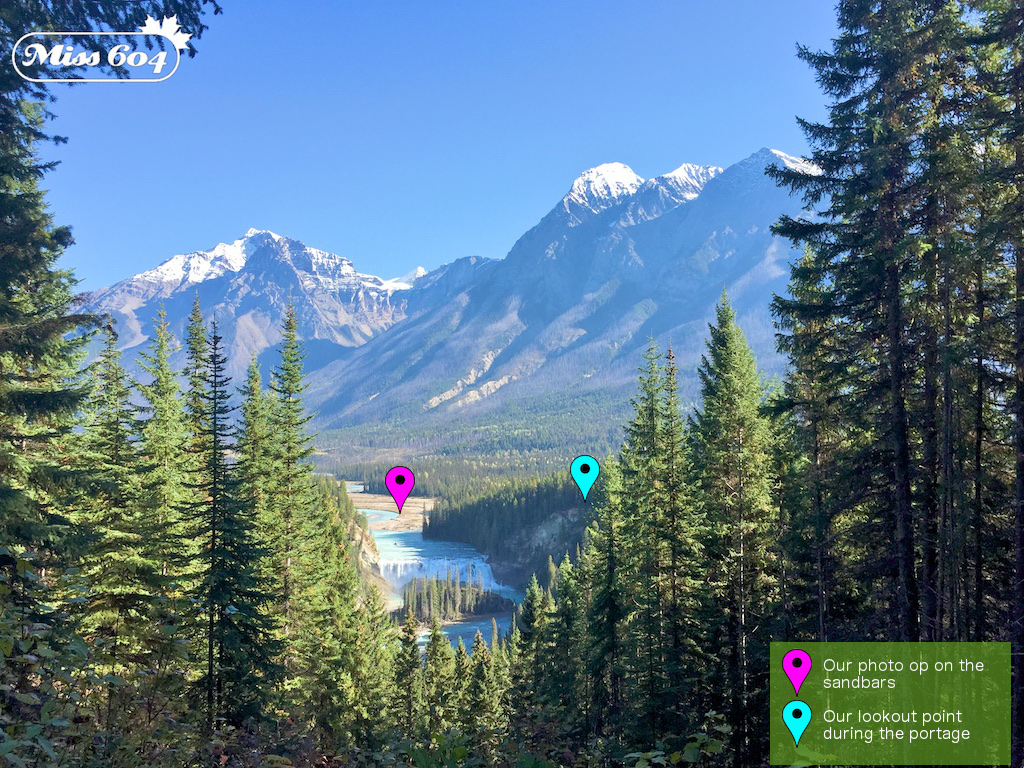 Dancing along the border of Yoho National Park, our input area was along the Beaverfoot River, which wasn’t as wide as the Kicking Horse but it was very swift. Our group had 4 kayakers in inflatable vessels, and 2 stand up paddle boarders. Jim said that he’s trying to encourage the paddle boarding as it’s not only a totally unique experience but the boards are easier to navigate and portage on this route that he had created.

Alpine Rafting provided all of our gear:

I brought my own paddling gloves, which were useful for grip on the paddle and during our portage to protect my hands along the mountain terrain. I also only used my iPhone for photos. I used a LifeProof brand iPhone case to protect my phone from the water, mist, and splashes and spray. 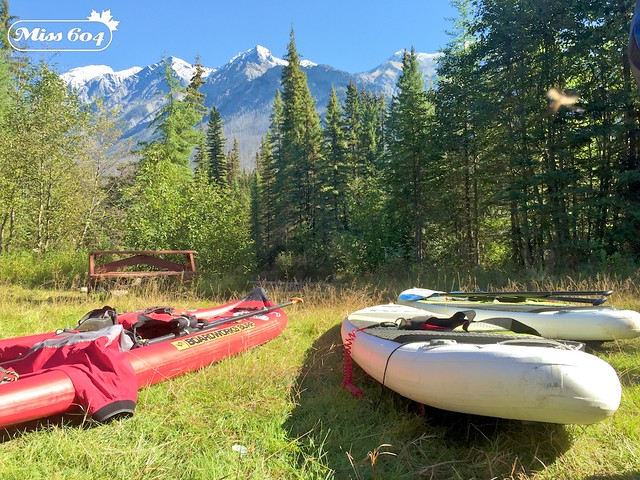 As someone who has only lake and ocean kayaked before, there was one thing I should have realized right off the bat: rivers move, and they move fast. I was in an inflatable kayak and once I hopped into the water and I lifted my silt-covered boots into the craft and I was off!

I immediately began flowing down river with the current and had to paddle backward as hard as I could to keep from leaving the group in my wake. I have to admit, I was scared. Not so much about the ride but not knowing what the route ahead had in store since that lookout view of Wapta Falls was fresh in my memory. 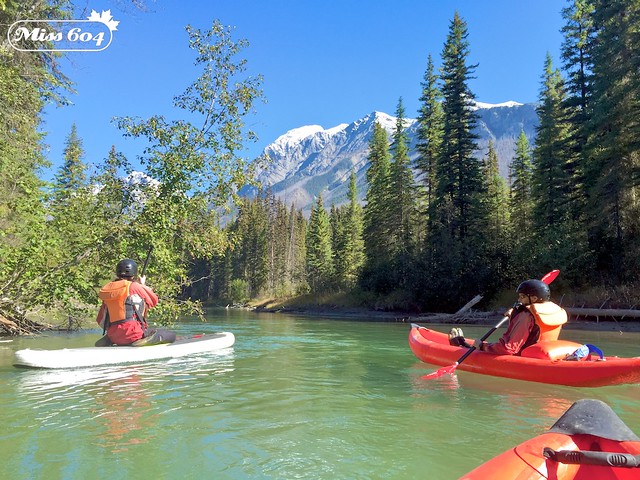 The best way for me to slow down at that point, Jim informed us when we stopped down river at a sand bar, is to simply roll out of the kayak and put down my feet. In many places the Beaverfoot was only 2 feet deep and when coming up to a stopping point that was definitely easiest way to drop anchor as it were. The key was to think of the kayak as an extension of your body and make it go where you wanted it to go, instead of just being along for the ride. 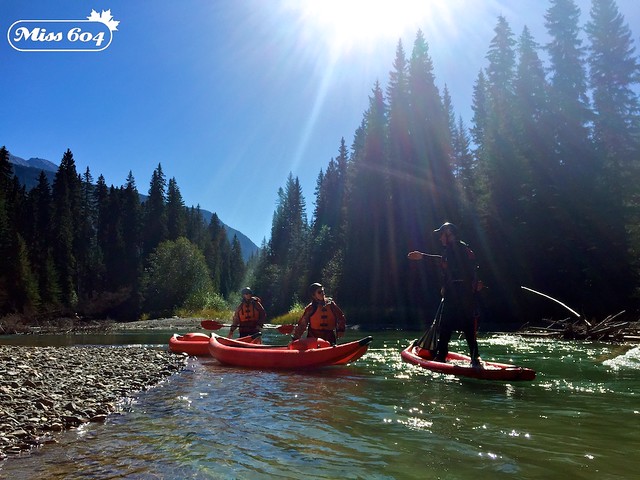 When we did stop, Jim would tell us about the history and geography of the area, and how the Kicking Horse River was the first river designated as a BC Heritage River.

The brisk Beaverfoot twisted and turned as Jim lead us around rocks, trees, and rapids on his stand up paddle board. He had us pull over and leave our crafts on the side of the river as we walked through a forest thick with soft moss, ferns, thistles. We came to a clearing where we could now see that we were standing at the top of Wapta Falls, several hundred meters up river before it came crashing down. We waded out to a sand bar for a photo op in the turquoise water that reflected the scenery like a mirror in the sand. 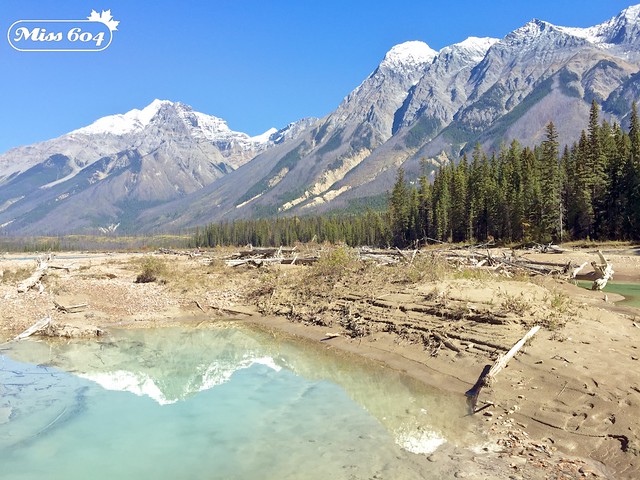 Walking back to the Beaverfoot, we paddled directly across the river and began our portage. Straight up a hill, tugging our inflatables behind us, trying to keep our grip in the bark mulch and mud with our wetsuit booties. It was literally an uphill struggle and while we weren’t prepared for it, and I had to stop several times to catch my breath, it sounds pretty badass when I tell people I kayaked rapids and portaged to the top of a waterfall.

Unable to tell whether the spray from the falls or the sweat from the portage hike up to this point was soaking my helmet, I walked to the edge of the path and there was Wapta Falls in front of us, draped in a rainbow. 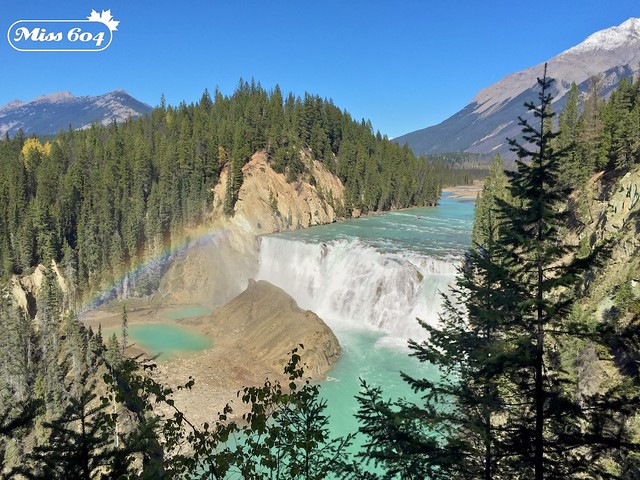 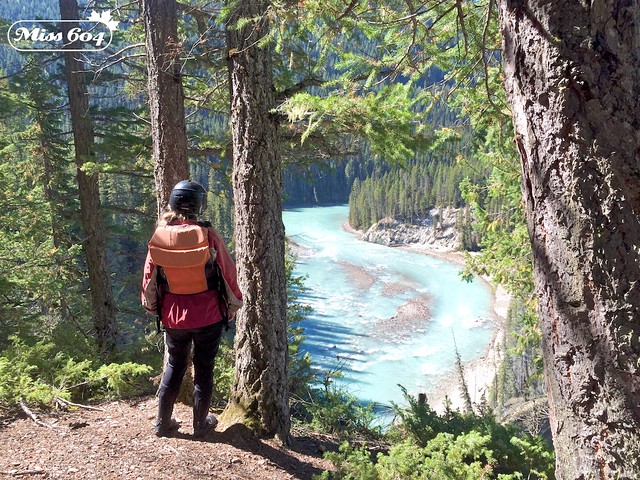 Across the mist way was the trail head lookout from Yoho National Park, which is publicly accessible on a 3km hiking route, providing a different view than what we had on the south side. It felt like we had our own private view of the falls, on our own private tour, in our own private rivers. 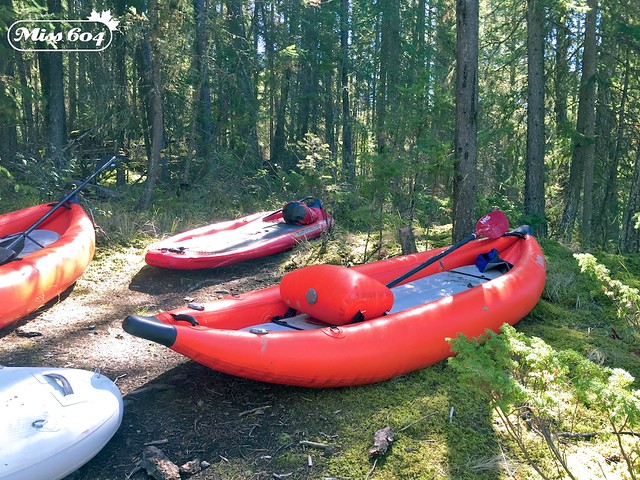 We hiked back down the other side of the hill and loaded into the Kicking Horse River. It was like driving on an 8 lane highway after being on a gravel road for the first leg of the trip. Compared to the Beaverfoot it was wide and luxurious, with a manageable pace.

Then came the rollers. Heading straight for the class 2 rapids I navigated the bends and curves, following Jim’s lead up ahead. Crashing the bow of the kayak through wave after wave, I giggled. It was like being on a rollercoaster that went up, down, a little sideways, and soaked you every second. I almost liked being in the waves because I felt like I had more paddling control, like my body was getting used to the river’s beat and it made me more comfortable.

Our journey would soon come to an end as we jumped out at a clearing where the Alpine Rafting van was waiting for us, packed with our picnic lunches. Peeling off our wetsuits and devouring sandwiches, salads, cookies and apples, there was a great sense of accomplishment. 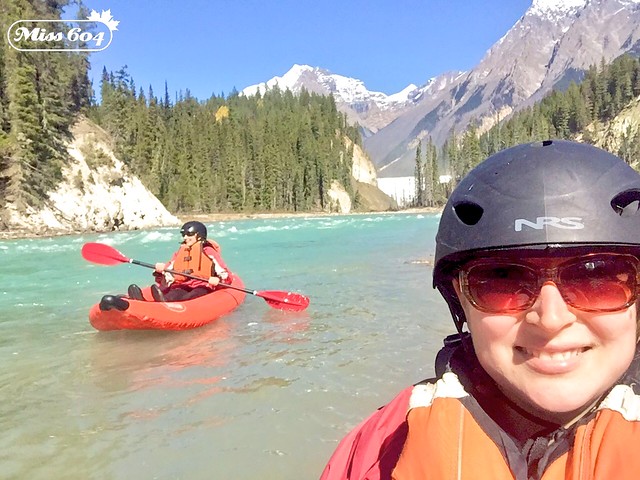 For someone with more river kayaking and paddle boarding experience, it would be a fantastic trip to discover and explore the Beaverfoot and Kicking Horse’s terrain in such a stunning setting. You’ll spend less time than I did freaking out (in my own head) about the current in the river and more time soaking it all in. It was the unknown that scared me really, but that ended up being part of the thrill. I’m so glad that I did it — that I got to take part in this tour, that I pushed my comfort level, and that I powered forward to experience an adventure like no other, in a place unlike any other in the world.

Tour Length: We were out from about 10:00am to 1:00pm
Time of Year the Tour is Offered: June to September

If you have any questions at all about this type of kayak and paddle board tour or taking a white water rafting tour, contact Alpine Rafting and they’ll be happy to help. Their head office is also located directly across from the Golden visitor centre near Highway 1 so you can’t miss them. More resources are available through Kootenay Rockies Tourism and Destination BC.

Share93
Tweet9
Share1
Pin5
Email
Reddit
WhatsApp
108 Shares
Current Contests on Miss604
*All contests are open to residents of Canada only, unless otherwise stated. Contest timelines are published on each individual post along with entry methods. Some contests may only be open to those 19 years of age and older. Winners are announced on the contest blog posts. Contest policy »
Comments are closed on this post
Advertisement