Vancouver, with several new and old architectural gems, used to have a handful of stunning buildings that have since been demolished, much to the chagrin of citizens at the time. The Second Hotel Vancouver, the Georgia Medical-Dental Building, and the old Birks Building come to mind. The latter, which was located at Granville and Georgia until it was demolished to make way for the Scotia Tower in the 1970s, is the focus of today’s photo roundup. 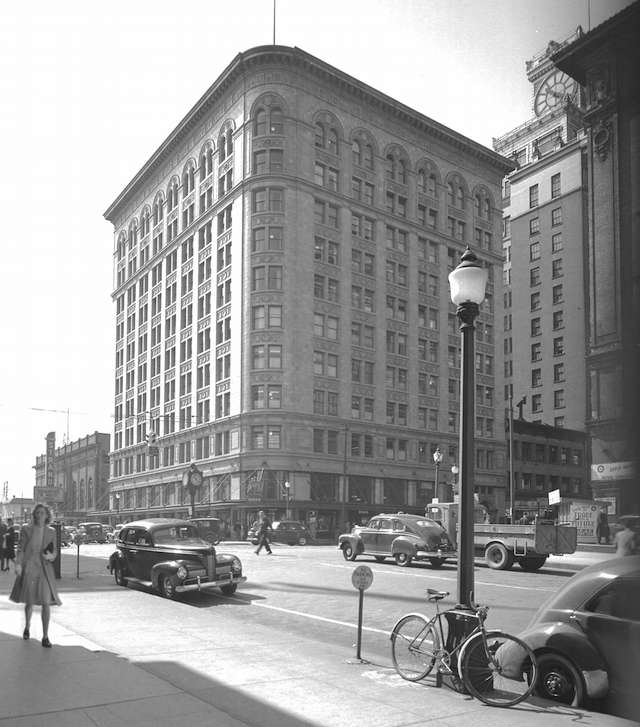 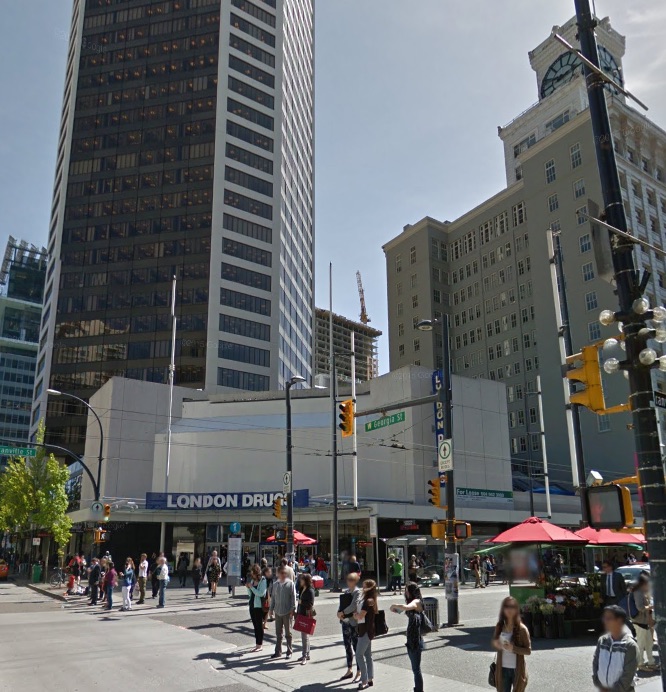 Built between 1912 and 1913, across the street from the site of the original and second Hotel Vancouver, the Birks Building was “an 11-storey Edwardian masterpiece with an elegant terra cotta facade and a graceful curved corner,” according to the Vancouver Sun. “The corner of Georgia and Granville was rounded glass windows all the way up. It was quite spectacular. That’s where the Birks clock was for years and years. It was a familiar meeting place: ‘Meet you at the Birks clock, Georgia and Granville.’” 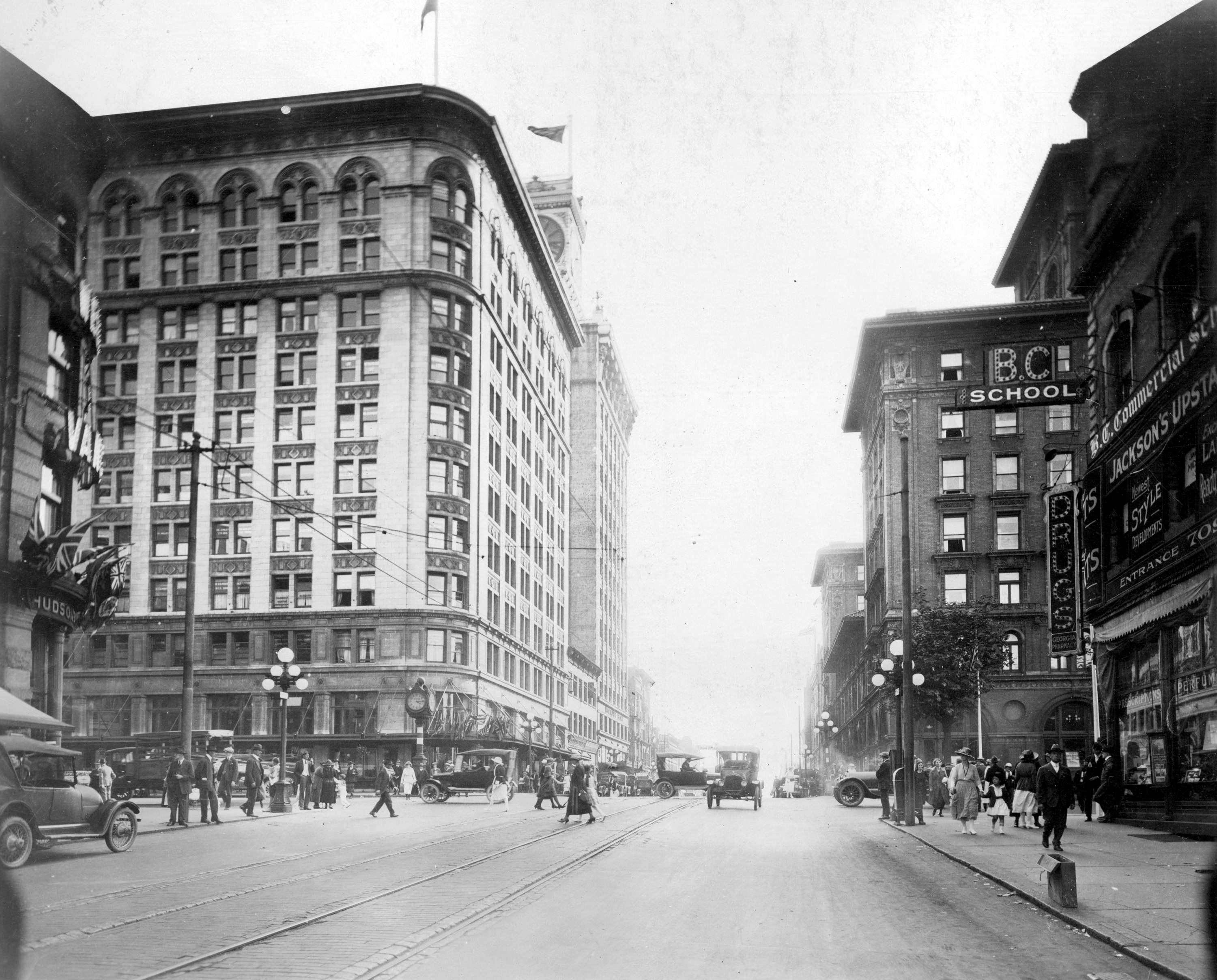 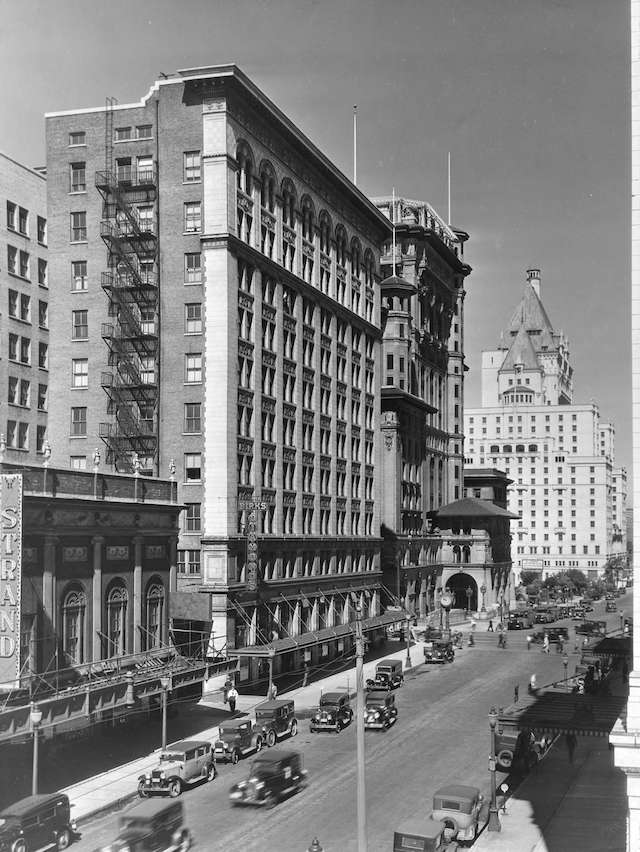 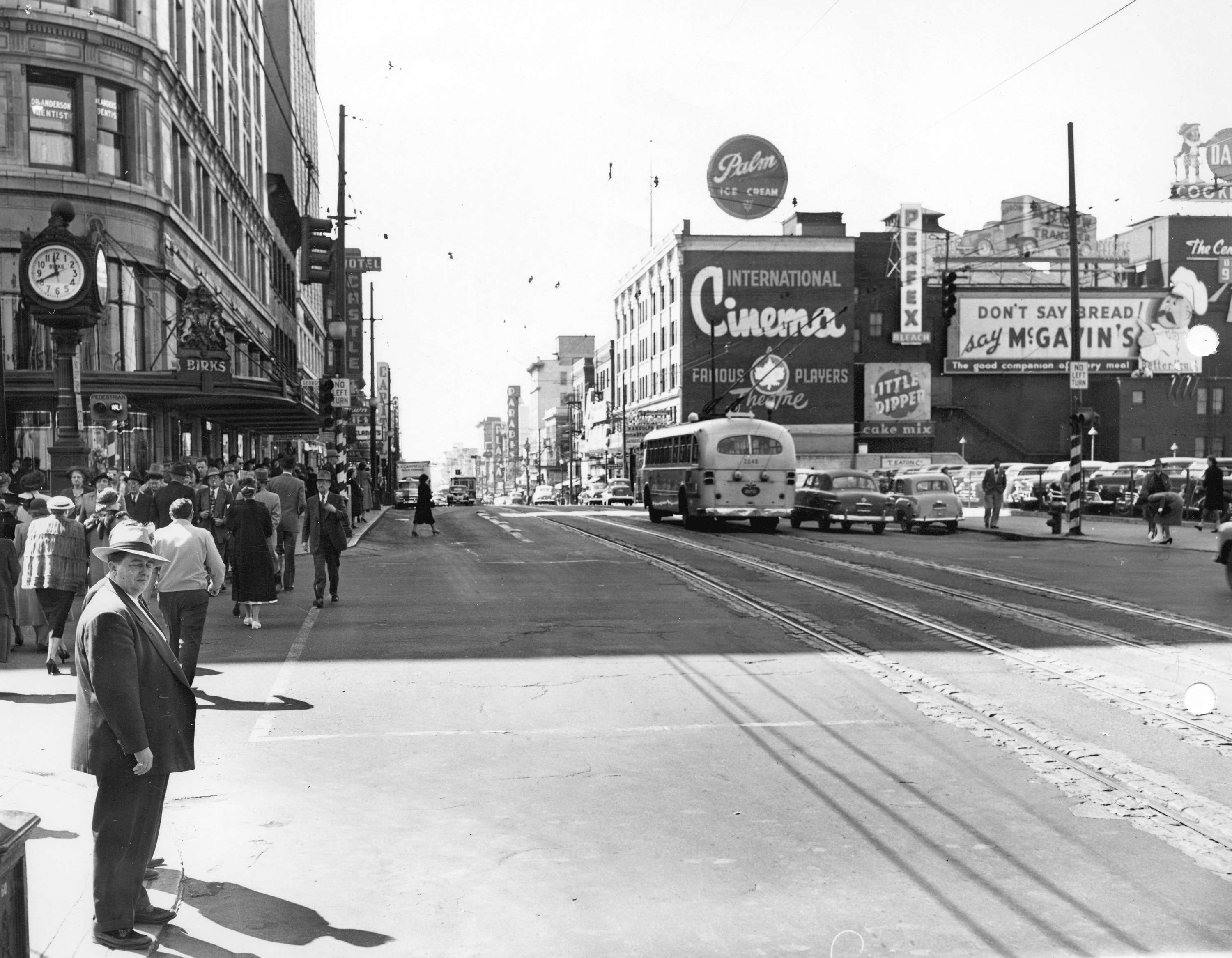 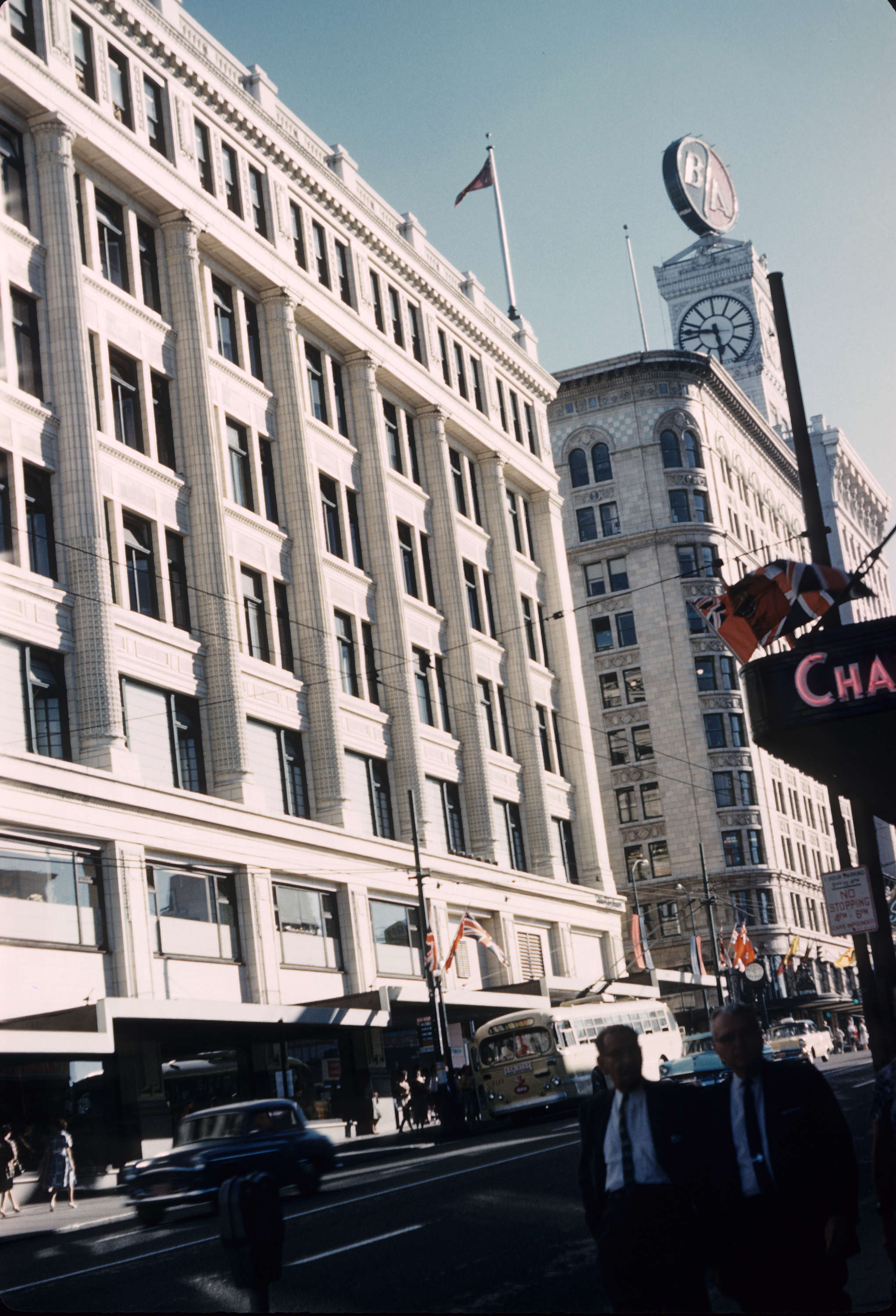 The Birks building was torn down in 1974 but not without furious opposition from the general public, which was shocked that one of Vancouver’s signature buildings was being demolished. According to local historian and author Michael Kluckner, on March 24th, 1974 at 2:00pm there was a mock funeral for the building that marched down Georgia Street. The last wall came down in January, 1975.

The Changing Vancouver blog calls it “the saddest loss of a heritage building in the city.” 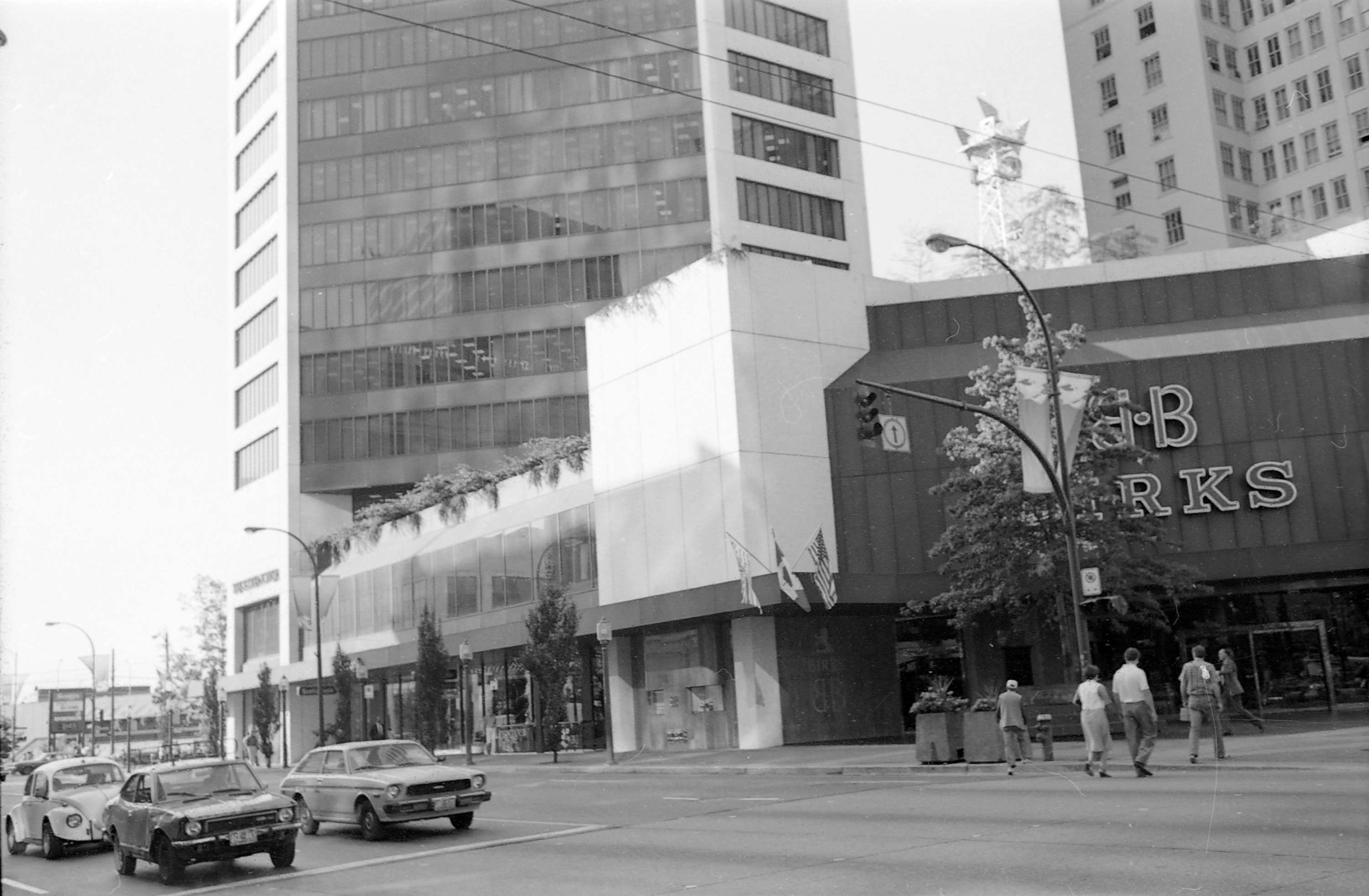 Today, you can find Birks at 698 West Hastings Street, in the old Canadian Imperial Bank of Commerce Building. The Birks Clock is parked outside on the corner, just a few blocks down from its original location on Granville Street.