No, it’s not part of a set on Deadpool, thesuperhero/action filmed based on the Marvel Comics character that is currently filming in Vancouver. This stack of cars balancing on top of a tree stump is actually a new Vancouver Biennale public art piece called Trans Am Totem. 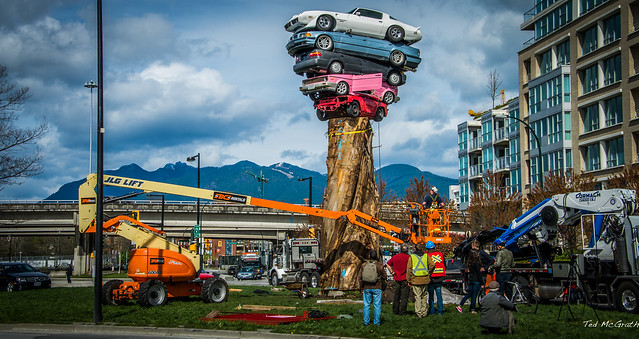 With its installation and unveiling coinciding with start of filming Deadpool, which has shut down the Georgia Viaduct for a healthy portion of April, it’s a common misconception that Trans Am Totem is part of an action movie. Instead, it’s a piece by Marcus Bowcott that features 5 scrap cars, a cedar tree, and a commentary on our consumer “out with the old, in with the new” culture in relation to the site, its history and Vancouver’s evolving identity. 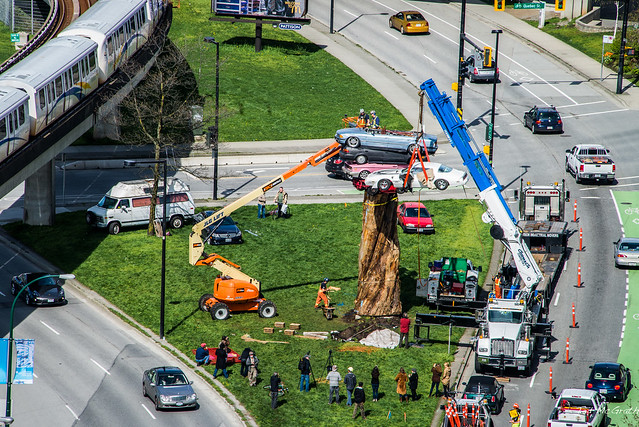 In his artworks Marcus Bowcott arranges what remains of our throw-away consumer culture. As a metaphor his work uncovers an unpleasant darkness in our society, revealing the emotional bankruptcy that results from our dependence on cheap consumer goods which are almost always produced by unseen people on other continents. His beautifully twisting sculptures attempt to find something redeeming in the debris remaining from cycles of consumer desire and planned obsolescence.

By stacking smashed automobiles and levitating them high above the roadway, Bowcott’s sculpture serves to remind us of the ultimate responsibilities we bear to our planet and future generations. Trans Am Totem fantasizes a justified end to car culture even as countless automobiles zoom past on asphalt and concrete ribbons and ooze pollutants and spent carbon fuels into the atmosphere. Bowcott’s vision of nature triumphant subversively reminds ultimately of our ongoing contributions to global warming and further environmental degradation.

Before the introduction of heavy industry, this site was a shoreline of tidal flats and massive forest with old growth cedars and Douglas Firs in the vicinity of Musqueam, Squamish and Tseil-Watuth Nations. Later, False Creek became an industrial zone of sawmills, beehive burners and ringed with ever increasing collections of log booms. Just before Expo ’86 the mills where removed and the area transformed. Now the area is a constant flow of transportation and interconnections: residential tower blocks, commercial business and entertainment centers encircled by cyclists, light rail and most dominant of all – cars. 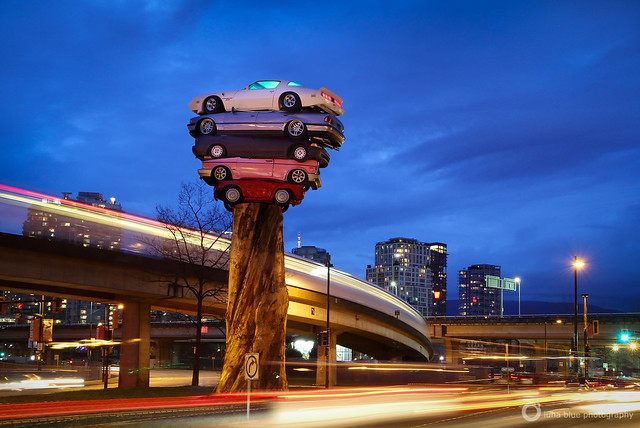 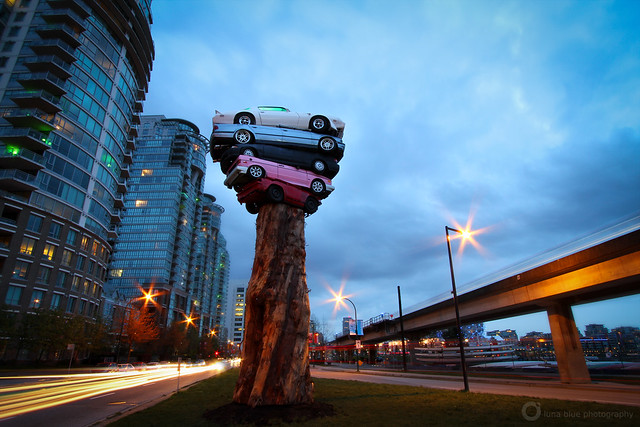 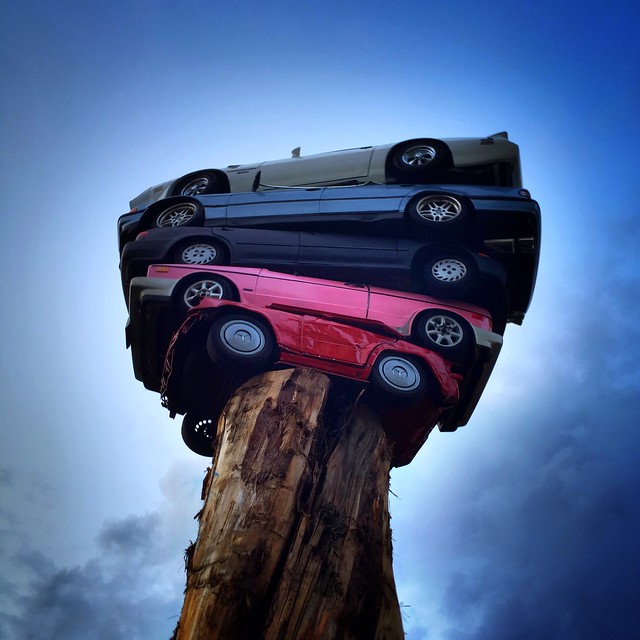 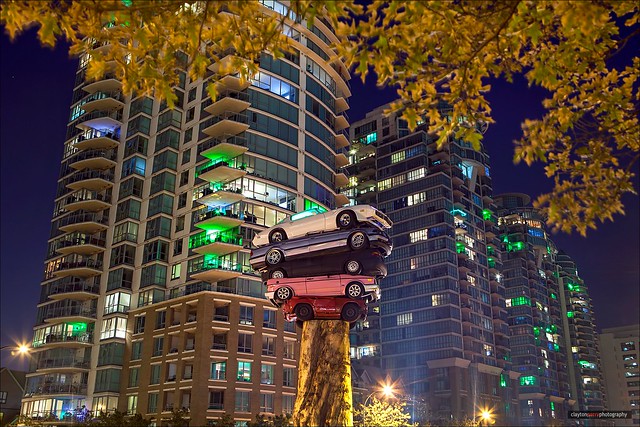 Share14
Tweet2
Share
Pin6
Email
Reddit
WhatsApp
22 Shares
Current Contests on Miss604
*All contests are open to residents of Canada only, unless otherwise stated. Contest timelines are published on each individual post along with entry methods. Some contests may only be open to those 19 years of age and older. Winners are announced on the contest blog posts. Contest policy »
Comments are closed on this post
Advertisement